What John Stewart Teaches Us About Grief and Acceptance 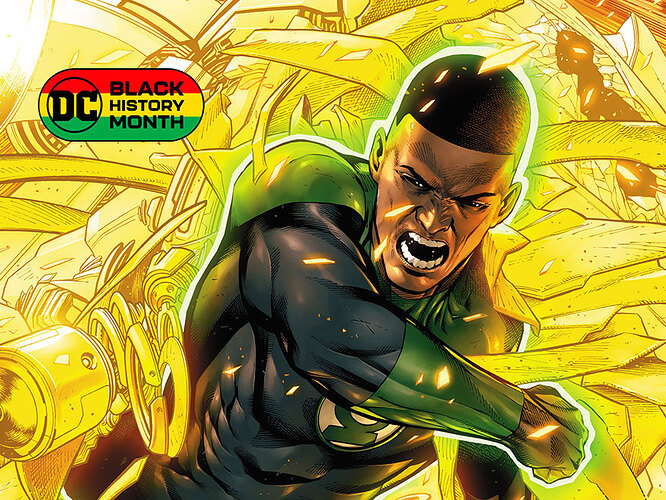 Being a Green Lantern might seem fun…until your wife is killed, you wind up framed for murder, you’re tortured in prison and your arrogance leads to the destruction of an entire planet. This would be enough to destroy any man, but John Stewart is still standing. As we mark the final day of Black History Month, we’ll be taking a look at how this undeniably tough period in John Stewart’s life shaped who he is today, and what it could teach us about recovery, redemption and heroism.

It all started in Action Comics #601 when Star Sapphire murdered John’s wife, Katma Tui. John lashed out in anger, blaming Hal Jordan, since Star Sapphire had targeted Katma to get his attention. Star Sapphire then took advantage of John’s anger by taunting him while in her Carol Ferris form. John attacked Ferris in public, and she used her powers to make it seem like Stewart had killed her. John was arrested, but things were about to get worse.

To learn more about John Stewart, head over to DC Comics!

How do you feel about John Stewart’s past? Let us know in the comments below!