What Is Your Favorite Hero’s Guilty Pleasure? 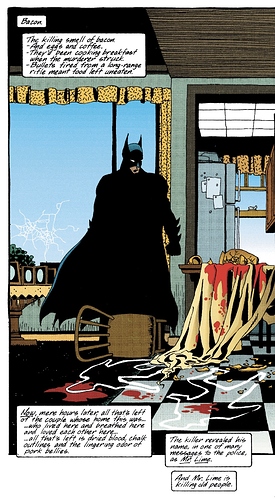 Batman talking about bacon has me wondering…

He’s so disciplined, I wonder if he eats anything indulgent at all (or has the time to, really)!

Time for some fun speculation:
What is your favorite hero’s guilty pleasure?

Oh come on, do you even see that narration?! Batman can’t even process the crime scene without getting distracted by that sizzling goodness

Not to mention that eating a little bacon and keeping those saturated fats in your diet has been shown to be healthy just as long as you don’t overdo it and stay active.

Now, the real question is what could Superman’s guilty pleasure be? If I remember correctly, Superman’s Kryptonian physiology doesn’t require that he consumes any amount of food, much less maintain a healthy diet. I could be wrong, but I think there was even an episode of “Lois and Clark” where Clark’s fridge is just stocked with junk food and the reasoning was that if a regular person didn’t have to worry about stuff like diet and exercise to stay healthy, they would just eat whatever they wanted, whenever they wanted. That said, he was raised by humans, so would it be possible that despite not needing to worry about his diet, he still follows the social norm of having so-called “guilty pleasures”?

Not to distract from the main topic of the thread, but it was something that came to mind and I felt that I should share 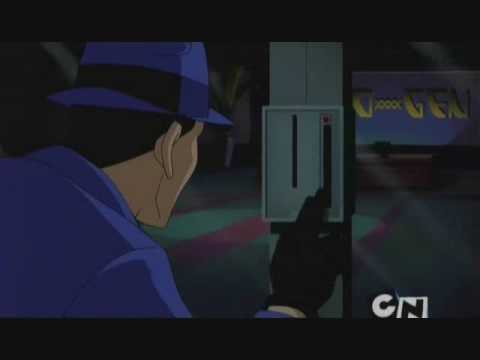 Not distracting at all @Batman0803! I love this whole analysis. Thank you for adding to the thread! I didn’t know that about Superman and it totally makes sense. I wonder if there are other guilty pleasures outside of food obsessions? Like that hilarious clip @HubCityQuestion shared about The Question. Lol. Thank you for your share too!

Time for some fun speculation:
What is your favorite hero’s guilty pleasure?

Cass’s love of chocolate icecream (which we share). It’s canon though.

Hmm now I finally know how to defeat my old man, (I am the Batman we all need) I will finally win, (unless he is trying to trick us ofc)

Some ridiculous gadgets from Batman’s utility belt, Superman having a weakness of Kryptonite, and any other of my favorite heroes’ odd weird flaws.

I think Jason’s is literature? Many Jason Todd fans have pointed out the books that are seen on his bookshelf in the first issue of Red Hood and the Outlaws Rebirth, and one of his quotes that reference an author. In Titans, it’s revealed that he likes theater, but that’s only in the show. I feel like this is the only one that’s been revealed, so it’s the only one that I can think of.