What Is the Best DC Comic Book Era?

I have been thinking something. What’s is the perfect era in DC comic book history. From the classic Golden age to now the Future State, I want to ask about what really is the best era. I’ll have a poll to answer easily if what is the best era. You may choose.

Mine is the Bronze Age. Brought characters back to their classic darkness with real life problems shown and where our heroes felt real more than ever.

Surprised to see Bronze Age doing so good. Although I didn’t vote for it I do like the Bronze age so cool it is getting some love.

I say the modern age. Probably biased because it is the era I “came of age” in and I became a true comic book lover reading DC Comics of the post-crisis era. But I think that was when comics reached their peak of both writing and art. (no disrespect to the writers and artist of other eras of course.)

What would you classify Bronze and Modern?

What does NTT mean?

New Teen Titans
Based on what you said before that means NTT started in the Bronze Age and ended in the modern age. It went through both.

Oh. Well I guess I would say both, but you can choose whatever you want.

Definitely have a lot of recently-released bias, but Future State has been a lot of fun for me and pretty easy for me to just hop in and read every once and a while since I’m not the best at picking up new releases.

I think every era is great in its own way tho. They each brought so much for the characters and medium as a whole

I honestly view these questions when taken too seriously to just be huge problems. All eras have plenty of great and plenty of terrible works, and loyalties to periods very often result in things like Bronze Age fans refusing to read anything from “Modern Era,” “Modern Era” fans refusing to read new 52, and New 52 fans refusing to read anything from Rebirth when all of them could find something they like sooner or sooner. Especially since unlike animated movies (where I am very big on classifying the eras) I never saw a big and clear styles with the different eras (probably because comics are cheaper).

To get back on topic.

Silver- I find this lighthearted style works way better in television like Super Friends than paper. I read this era the least, but it has my favorite Spider-Man series.

Bronze- Enjoyable, but I get tired of them after a few issues. Best to just find a good sounding storyline.

Modern- Okay I hate this idea. The current era should always be called “modern” and then redefined by future members. I agree with somebody on reddit who redefined this in three eras.

New Heroes- My favorite. The wonderful mix of old and new heroes and legacy focus.

New Heroes overload- Seeing the Justice League without any founding members was just underwhelming. Other than Green Lantern nothing after Thy Kingdom Come kept my attention.

New 52- Plenty of problems, but there are plenty of serieses in it I love, and it is the only Justice League Series I read anywhere near all the way through.

Future State- That is a tiny little piece, not an era. It is too short for an era. It is new, and I did not buy anything from it since I am way more interested in

Infinite Frontier- I had to save my money for the advertised return of several JSA members, and I am currently loving their appearances.

For me no era of DC’s publishing history can outpace the legacy of the Golden Age. This is where the core ingredients of so many of our fave characters were blended in order to achieve the amazing finished products that we know and love today. 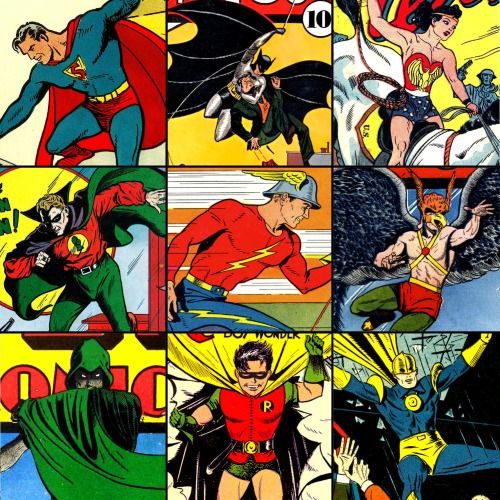 My most fave part of the era- the noir heavy first ten issues of B’man’s tenure in Detective Comics. These stories catalog the development of Bruce/B’Man’s core template, an absolutely fascinating persona whose base Golden Age persona elements still radiate in the pages of his stories to this day. 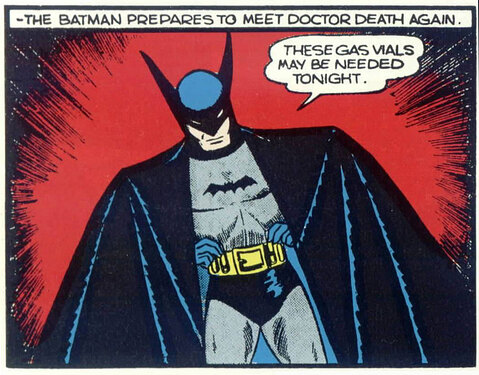 My most fave issues from this time frame are Detective Comics #31 and #32, the story of The Batman Versus The Vampire. 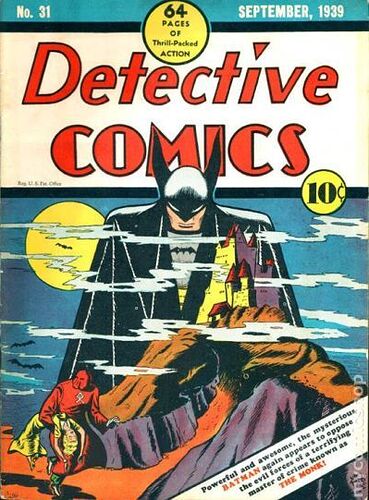 I first read this amazing story back in 1989 when I was becoming acquainted with the world of DC, and this utterly compelling tale still manages to captivate me every time I return to it.

Silver-age for me. I can pick up almost any comic from the era and enjoy myself.

Bronze era was a hit and miss era for me.

Really enjoyed early Rebirth. Pulled everything. It took the biggest nosedive of any era for me at the end and I have zero pulls from DC now and only buy single issues on recommendation.

I have read from all the other eras but they are more miss than hit and I don’t go looking for comics in them anymore.

Note: Two of the best eras were DC Zoom and DC Ink. Just wanted to add that.

What worked and didn’t worked for you with the Bronze Age? I’m curious to know, since it’s my favorite.

There’s nothing really specific I can put my finger on, just a general notion that a little fewer comics made me happy.

If I try to put my finger on anything through old hazy memories, maybe I felt like it was losing a bit of the magic. Maybe a sense of moving from fantastical storytelling to grounding characters.

It could also be that the end with Crisis sort of killed off most of the interesting lore of Krypton and that left a sour taste that stained my memory of the era.

Don’t get me wrong though. I still enjoy the era and have it closer to my heart than most others.

I have to because both have things that I like and dislike about it. I mean Modern Age brought back characters previously killed off (both a blessing and a curse ie the curse that is Jason Todd) but in some cases made it better by fixing Supergirl from Matrix to Kara. But also retconned all the character development that the OG legacy characters experienced. The bronze actually had character development and grew the universe to an extent. But most of the stories in the era were not taken seriously because for the most part they weren’t.
That’s why I say we need a universe that combines the bronze and modern ages. Cuz everything that has come out since has just taken away everything that was good from before.

The first 5 or so years after crisis.

The first 5 or so years after crisis.

Bearing in mind that the question posed is what is the “best” DC era and not “personal favorite”, this would be my answer too. A period of time that I affectionately call the “DC Comics Aren’t Just For Kids” era, after an infamous corner box that appeared on the cover of DC comics around this time, and which swiftly became an enduring meme. I did a little survey yesterday, and these are just some of the great comics that DC released between 1986-1989, the immediate post-Crisis years:

(In no particular order)

Storylines/Famous Issues
Batman: Year One
For the Man Who Has Everything / Whatever Happened to the Man of Tomorrow?
Batman: A Death in the Family

Every one of these is a stone-cold classic. Comics that we’re still talking about 32-35 years later. I can’t think of another DC era before or since that had this much creativity flourishing, with so many memorable releases in such a short period of time. So many of these were immensely influential, making a huge impact and revolutionizing the industry. Their effects are still felt to this day.

Fun fact: Watchmen #1, Whatever Happened to the Man of Tomorrow? (both parts) and Batman: The Dark Knight #4 all came out in the same month, June 1986 (cover dated September 1986), all 4 issues releasing one week right after another. It must’ve been a heck of a time to be a comics fan. I’d put forth June 1986 as DC’s single best month ever (any challengers?).

I know best and favorite are different but unless you’re using some kind of Rotten Tomatoes-esque aggregate score I think best is as subjective as favorite. So, favorite has to be Modern Age because it holds the most nostalgia for me. Justice League International, Death of Superman (and triangle era in general), Knightfall, No Man’s Land, JLA, Mark Waid Flash. Even DC vs Marvel. It just feels like so much happened during that period and I liked a lot of it.