What is one comic you regret buying

I always liked the Elseworlds and Zero Hour Tie-in Comics. I used to remember the comics I had bought from memory when going to Half-Price Books. I accidentally purchased two of the same comic. I thought I had only read a synopsis on DC Database, but I forgot I found it and purchased it. That’s one of two times that happened. The other was an X-Men Variant I already had, but I thought I had another variant. 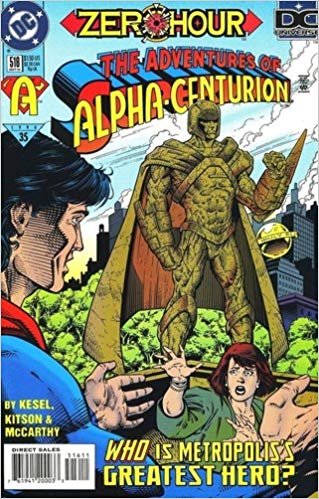 Yeah I’ve bought way more variants of issues I already owned than I care to admit. I really wish they would stop producing them.

Well, not an individual comic but Gotham by Midnight series. I purchased the 2 collected editions thinking that these books were right down my alley. But I came to realize just how much I dislike Ben Templesmith’s artwork.

Just to be clear, I understand that art appreciation is very much an individual thing. My opinion of his art is just that - my opinion. YMMV.

The god-awful Heroes in Crisis!

What was wrong with Deadpool Max? Its been awhile since I read it so I don’t recall much about it. But typically I like Deadpool and I like Max. What was it? Refresh my memory, kind sir.

@LonelyLobo Deadpool Max #1 was just absurd and disturbing to me. I tore it in half five minutes into reading it the day it came out.

takes a long drag on a candy cigarette

Do you have many regrets from that era biff_pow?

One of the Superman titles, from about 1975. It had Superman flying on the cover, but the background was of a real city that had been filtered to look less real. I did not hate the comic, what I hated was that while I was riding home on an old, used, beater bicycle, that has a chain that kept coming off, several times a mile, on a windy day, that issue was blown out of my bag and blown into the grass field across the road. I did try to find it, but never did. The wind had carried it away too far, or it had blown into a low area in the field where it would have likely taken hours to find it.

I usually had to walk that three miles to the comic shop, and although that took longer, I never lost a comic on those long walks. I get a bike, that saves time, in spite of chain issues, and I loose a comic.

I did make another trip, on a less windy day, and picked up another issue to replace the one that went Gone With the Wind, and I still have that issue.

Leaving aside some recent issues I didn’t care for, I regret buying Sonic Disruptors. It may be the only miniseries DC pulled the plug on.

After looking about, the issue that was blown away had to have been Superman 289. The photo background was not as altered as I remembered it, and the scene a bit different, but that had to have been the issue. It is funny how memory works. Some things were not quite how you remember them, if it has been a long time since you seen the object that made the memory.

Emperor joker. I bought it because I saw bizarro was in it and boy was it a long read, I was not into it at all which made the read so hard. Also all the new 52 Red Hood and the Outlaws. I didn’t dig it at all and have pulled both these volumes off my shelf and looking to get rid of them at some point.

Every double I bought just to get the variant cover.

Lots of variants, Holo diecut gimmick covers, but the one that still sticks out is Keith giffen’s PunX

It was a Valiant adjacent title when I was trying to read anything not from DC or Marvel. 3 issues of a 4 issue mini came out on time in 1995. Still kinda waiting for #4

I bought it when it came out, and I’m sure it cost me a couple mowed lawns. All in all, it was terrible. I was confused most of the time. I had noticed that I was only buying DC, and I figured Marvel had to have some quality books too. Between this book, X-Force, X-Men, and MacFarlane’s dark Spider-Man, they set me straight.

In fact, Marvel from those days reminds me a lot of today’s DC.

Sueprgirl Candor - trade. I hate that that book so much, that when i finished it i threw across my room at the wall has hard has I could. but the collecter in me just can get rid of it no matter how much I hate it.

Wolverine Black Cat Claws 2, I loved the first claws mini series but i really didn’t care for the second one at all, i ended up just giving the issues away, didn’t bother with trying to get a few cents out of them, they were just that bad.