What is at the Core of Villainy?

Not long ago I asked what stood at the core of heroism. Now we’re taking a look at the other side of the equation: The villain.

What makes a person turn villainous? Is it a core trait, like selfishness or a lack of moral guidance? Is it just one bad day that pushes someone over the edge? Something else? 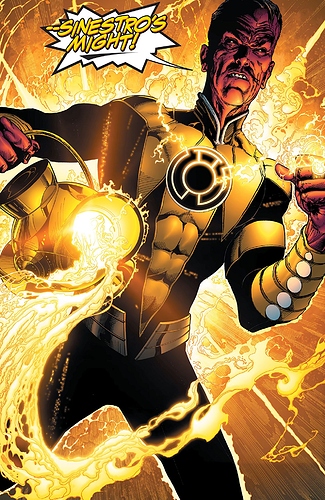 Let us know below!

We discuss this at length in the Join The Psychology of Supervillains Club #psychologyofsupervillains
Feel free to join us. We just are finishing the March villain, Vandal Savage and are doing Sinestro in April

The truth is most villains see themselves as heroes of their own story. So they aren’t really villains, per say. It is only when applying our concepts of social morality do we see/interpret them as villains. Take Sinestro. Is he really a villain? He want peace and order in the universe, same as the guardians. He is deemed a renegade GL. Why? Because he used his power to make Korugar aI’m peaceful and orderly place by imposing his will and using his power ring to do so.
He is captured by the Corps and brought to the guardians. He has no trial, no opportunity to plead his case. The guardians simply agree amongst themselves (an unelected group) that he is a renegade. Who in hades gave them that power. They are just as totalitarian and dictatorial as Sinestro.

Sinestro want peace in the galaxy as much as the GLs/Guardians. They disagree on exactly how it should he done.
In Blackest Night we see guardians turn off the “do not kill” function of the GL rings. Something Sinestro states and reminds Hal Jordan was that this is something he told the guardians they should have done long ago.

Since the guardians finally heed that advice when things got desperate, wasn’t Sinestro right all along? The guardians only acted when it was to late.

Doesn’t that make Sinestro merely a hero ahead of his time? Is his observation that fear will bring people together faster to resolve their own internal warring. Even Hal Jordan, one of the greatest GLs in history succumbed to fear and ends up as a host for parallax. Again, Sinestro’s philosophy proves correct.

So is he a villain or merely a misunderstood hero, who’s views and actions are only seen to late. I’d argue, the latter.

I believe it’s desperation and hopelessness.

Villainy is the opposite of Heroism. While the latter is selflessness, Villainy is selfishness. While the particulars of the selfishness differ, it comes down to the basis that their ideas, desires, world-view matter more than anyone or everyone else’s. And since they matter more, anything they do to acquire that need or implement that idea are justified.

So the Guardians if Oa are villains?

We actually see them this way at times, right? Like Sinestro their base desire can be described as a good, but they have done a great deal of damage at times because they believe in the superiority of their world-view and don’t listen to the Lanterns or as far as I can see the planets they protect. It goes back to the Jean Kirkpatrick idea of totalitarian vs authoritarian states. Both implement order through a form of repression but one is worse than the other and one has a greater chance of evolving in a more democratic way. If the Guardians wanted to completely be on the side of right, they would listen to some Galatic body, say the UP.

And since they are using the GL Corps as “their muscle” of order, by inference the GL Corps is as villainous as the guardians, being duped by your superiors into believing a lie, does not exonerate the GL Corps.

You could argue that, but it presupposes a black and white world without any shades of grey in which any action that is not 100% pure is evil. The good the GLs do counts as much on the tally sheet as the undemocratic taint of their employers.

Which is also why I would never classify Sinestro as100% evil.

I’d have to say when they see themselves as the hero of their own story and refuse to believe otherwise. There’s a component of being overconfident and selfish in that refusal go wrong about yourself. Good heroes try to improve themselves and doubt themselves so they can become better and adapt to a changing world, good villains don’t change their beliefs. They don’t listen to others’ ideas.

Evil is a distortion of good. Whether lacking the capacity for goodness, people constantly seeing them in a negative light, or some other means, I believe in a rare belief. Coincidentally, Rorschach embodies a large portion of it, as well as my favorite quote from BvS “There was a time above… a time before… there were perfect things… diamond absolutes. But things fall… things on earth. And what falls… is fallen.”