What if Batman Didn't Exist? 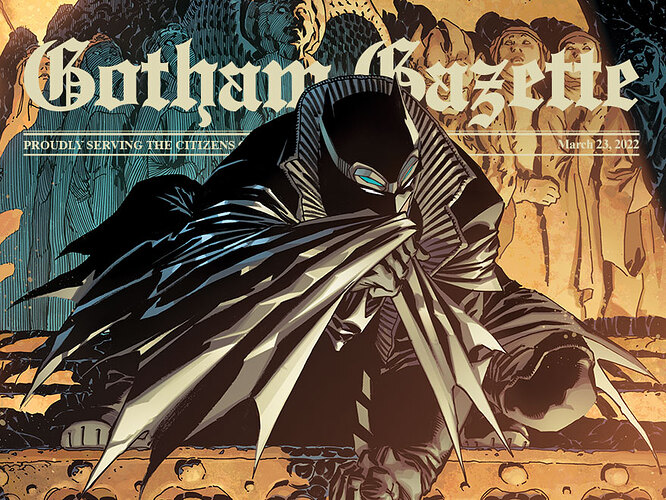 Imagine a world where Batman never existed. What would the DC Universe look like? What would pop culture look like? What kind of memes would people post if they didn’t have that image of Batman slapping Robin? Would you even be on the DC website right now? Robert Pattinson and Matt Reeves are currently dominating the conversation across fandom as The Batman has become the latest cinematic hit. The Dark Knight is engrained in the DNA of our pop culture, making it hard to imagine what the world would be like without him.

A villain known as Equilibrium explores this question in Batman: The Detective, the recent six-issue limited series now available as a graphic novel. If you slept on this book, then you missed a dynamic and thought-provoking Dark Knight saga. Tom Taylor is the writer, and he’s currently crushing it on Nightwing and Superman: Son of Kal-El , so you know this is top notch. And no less than Andy Kubert pencils this saga, making the pages a visual treat that deeply enhance Taylor’s already far-reaching story.

To read more about Batman: The Detective, head over to DC Comics!

Have you been reading Batman: The Detective? Let us know your thoughts in the comments!

Well, until 1966, it would look essentially the same…

It’s hard to say, but I think the American Broadcasting Company might not be around. In the Sixties ABC was doing very poorly in the ratings. Some people think that it was the success of Bewitched, followed by the success of Batman '66 that pretty much saved the network!

At least we would’ve still have Superman.

I do enjoy thinking about hypotheticals like this. Like it’s possible a new character (Flying Fox Man!) would’ve been created instead, or a lesser known character would’ve filled the Batman void. Maybe in this alternate universe there would’ve been an Adam West Green Arrow or Aquaman show.

Now tell me, how would the community be without the Wife of Jason Todd?

And let’s not forget this isn’t a DC thing, but Marvel as well. You wouldn’t have Bucky/the Winter Soldier, and that would fundamentally change Captain America as a character. Theoretically you wouldn’t have their legacy characters like Miles Morales or Kamala Khan.

Hell, considering just how successful Batman has been, would DC even still be around right now? And without such a stalwart in the industry, would Marvel or other independent publishers be effected?

Let’s just say it’s for the best Batman is around, because the possibilities of him not being around is making my head spin.

Tis true! Robin as a character has created a legacy much more than who just has the title. I’m glad you pointed that out.

That reminds me – Joshua Williamson has talked about how the very first page of Dark Crisis, his tribute to the legacy aspect of DC Comics, is Bruce and Dick taking the vow by candlelight, as it was the moment that legacy within the DC universe truly began. 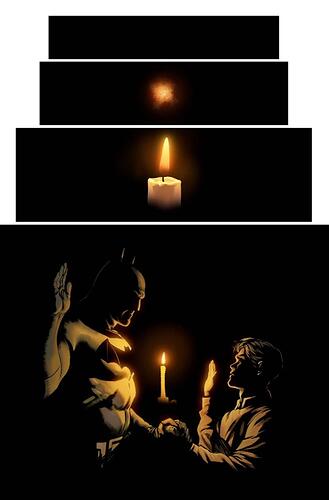 Have I read Batman: The Detective?

Yes, but only through #3. I started it when it was new to retail, then dropped the title for more important reads.

The way it did in 1938 when the character Batman literally owes his existence to debuted.

Similarly, I read the first few issues, but I’m gonna have to give the whole series a reread once it’s all collected here.

And to be clear, I’m not trying to lessen the contributions of other heroes like Superman. Without the Man of Steel, we wouldn’t have DC or even Marvel altogether.

Similarly, I read the first few issues, but I’m gonna have to give the whole series a reread once it’s all collected here.

Likewise. Batman: The Detective is one of many titles I started when it debuted, only to eventually think “I’ll finish it on DCUI.”

And to be clear, I’m not trying to lessen the contributions of other heroes like Superman. Without the Man of Steel, we wouldn’t have DC or even Marvel altogether.

I know. I wasn’t directing what I said at you.

Just stating the fact to any unaware that Batman truly does owe his existence to Superman.

So, Batman! claps hands together

…along with reading Batman: The Detective in full. Naturadiddly.

but without Batman I might never have become a writer.

Going back to that whole thing about how without Batman, you wouldn’t have the Robins.

I started out writing personal self insert fan fiction for my friends and I (which is where most of my Mrs. Todd persona lore comes from). Granted, I never posted it online, but it’s still something I did 2 years ago, and it’s a part of my journey as a writer as well.

In a mirror universe, on a mirror community there is a TheWifeOfBuckyBarnes.

Yeah I read Batman: Detective. Good book. Solid story with great art. Nice balance of Bats being detective, but also doing the other Batmany stuff we all like to see.

What would the world be like without Batman? I think it would have less man caves.

I prefer the term Bat-Man Cave.

Batman was created because of previous heroes

We could have had
Comics about

Batman would have looked completely different