What Got You Into Comics?

Interested in hearing your own origin story if you will.

Batman The Greatest Stories Ever Told and a friend of mine (We were eight). We would reenact scenes from comics (DC, Marvel), Books (Lord of the Rings, The Hobbit), and Media (Cartoons, Live Action). Each day we would read our comics, discuss storylines, theoretical battles or do comic trades with each other to learn more. We would even make our own comics and give feedback (constructive criticism) to one another.

Mythology & atheism…the silver age Flash was still based off the idea of Mercury. Also Thor and the Asgardian myths. Plus both Thor & New Gods used a different variation of English, which got me into reading Shakespeare at age 8, cuz it was cool, cuz nobody else talked like that. Then there was “The Flash of two worlds” & the idea of the multiverse. So cool!! And perfect for an atheist 3rd grader. Legion of Super Heroes was next because of the diversity of characters & the 20th century characters had been seen 1000 years later as icons & role models to aspire to, which is its own form of mythology with an atheist twist. After that the juxtaposition of Batman and others against the nihilism of knowing their ultimate goal of ending crime was futile.

My mother. It was her solution to keeping at 6 year quiet in 7 hour car ride.

A event a radar toys, and my friend Emma

I remember when I was just getting into middle school someone gave me a Justice League comic. I don’t remember what it was about or anything anymore but I read that thing more times than I can count. Been a DC fan ever since.

I love stories and I fell for the unique way that comic books can tell them. It’s also about the universe - I’ve always been a lore nut. Whether for Star Wars, Star Trek, Lord of the Rings - developed fictional universes appeal to me. DC has that in spades.

I told the following story to Neal Adams when I met him at my local comic book store last month:

My parents divorced and my mom moved us all (5 kids) to Panama where we lived for 5 years. My mom encouraged us to buy and read comics, which we bought at the local stationary/bookstore, to help us keep up with our English.

The store offered comics from Argentina, Spain and Mexico. Spanish Reprints of Marvel and DC were were available from Mexico. However, nothing beat American comics for their brightly colored and printed comics. Available only whenever…they were a treat!! My two brothers read Marvel, my sister, Archie, etc. and I read DC. Always loved Neal Adams and currently have his entire three volume set of Batman comics from that era.

Fast forward 2000. I am in a near fatal car accident. Many years of recovery. As an avid reader, I could not concentrate on long complicated stories. A nephew recommended graphic novels. New illustrative approaches and printing methods are now available using computers, and I find the 21st century comics wonderful. I now enjoy both novels and graphic novels. I actually encourage all my old-fogey friends and students to read comics!

Two TV shows: The Adventures of Superman and Batman!

When spawn(1997) came out i became enamored with such a dark character existing. Craving more of the character i stated to gather the every comic i could get my hands on and almost immediately after dived into everything else.

Superman I & II and Superfriends

*My late Grandmother knew I didn’t care for reading and struggled in school so to help remedy this she encouraged and nurtured my love for comics.

For me, It was watching Super Friends, B:TAS, JL, JLU, Batman Beyond, and S(piderman)AS when I was a kid. The characters and stories really engaged me even then but it wasn’t until the New 52 that I actually started to seriously read comics. I found myself mesmerized with the creativity and pure imagination that went into these characters, stories, and settings, which in part inspired me to write even to this day. 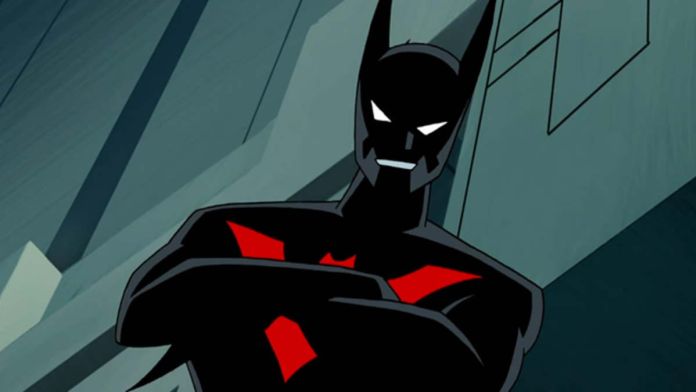 Adam West’s Batman. I had an older brother and sister, so comics were around, but the Batman show made me a fan.

Years later, a classmate of my sister’s, named Randall McGee loaned me some 80-page Giants, and I credit his influence with me becoming a collector. Randall would be about 58 now. Randall, if you are out there, thank you!

Of course, growing up in the 90s I was a big fan of all the superhero cartoons and movies from that time, especially the Batman movies. When I was more in my pre-teen age and the internet was a thing, I would look up information about the cartoons and find out what was coming next and what comics they were inspired by.

So one day I went into Borders and thought, “hey, they should have those comics or graphic novels here, shouldn’t they?” I searched around for them, found the section, and was thumbing through when I thought, “Hey, ‘The Dark Knight Returns,’ I remember reading that this was a pretty big deal, I’ll give it a shot.”

And thus, a life-long obsession was born.

I loved horror movies and was a big reader. I gravitated quickly to the DC horror titles like GHOSTS and SECRETS OF HAUNTED HOUSE and UNEXPECTED. Taking a journey by way of panels became part of my world.

When I was really small, my dad would buy the popular kids comics of the time: Gold Key, Harvey, Archie, etc., and when I was big enough to get a weekly quarter allowance we would go to the drugstore and I would spend it on a comic book. When I was 7 or 8, the local ABC station put the Adam West series on in the afternoons and I got hooked and started buying superheroes instead.

Watchmen was coming out and it looked cool so a read the graphic novel loved it and loved the movie after that I started pulling comic books. It was one of the hardest things to get into. I didn’t know what a pull was, which writers and artists were good, how to know where to start. The new 52 helped alot ( know it was bad at the time but I loved it) snyder’s batman and swamp thing, lemire’s JLD and animal man. The two writers I trust the most.

Old Batman tv show and an Iron Man vhs tape my mother sent me for my birthday one year.