What does these symbols mean?

What’s your opinion on what each of these symbols represent? 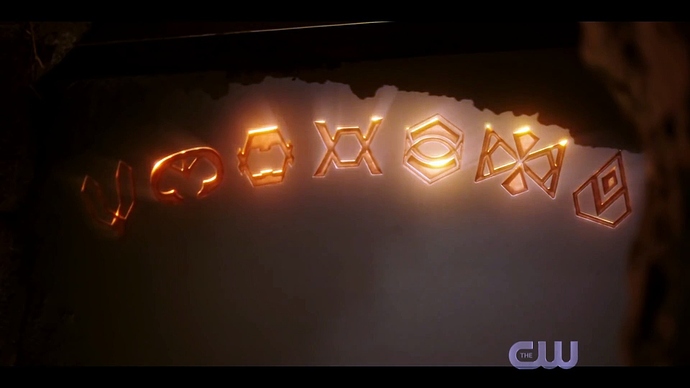 Here is the link for the latest trailer: https://youtu.be/pSLAd-G42w8

Probably the 7 paragons.
The 7th symbol is probably Oliver
The rest feel hard to guess.
Likely one is Lex and one is Martian Manhunter

It feels unlikely that Kara and Barry wouldn’t be Paragons so I’d guess they are two, but both earlier crossovers and the current season of Supergirl has put her in the background, so I wouldn’t be surprised if they left her out.

Then again, it’s DC, so two of the paragons are probably Superman and Batman, because they can’t help themselves.

Also, the name paragons doesn’t have the word ‘girls’ or ‘birds’ or ‘bombshells’ in it, so its fairly certain the paragons going to have the classic DC distribution of 5 men and 2 women or such.

Someone with more time than me compare them to the symbols in SHAZAM! That is what I thought they were at first.