What Does Everyone Think of the New Batwoman Suit?

Honestly don’t see a difference except the hair and a more accurately shaped cowl. But I really like it! The suit looks so much better to me without that damn red wig. The red hair has always been too much for me and could do without the red tips here but all in all the colors seem far more balanced now and doesn’t physically hurt my eyes anymore.
On another note, I didn’t watch season 1 as I am not a fan of Kate and the idea of her and Bruce being related. It takes away from the idea his parents being murdered and Alfred having to raise him because he had no one else. So I’m really excited for this new character and can’t wait to check out the show and see how she will connect to Kate’s foes I know of from the comics.

Twitter is Toxic, I can’t stand it. You know this was the same kinda hate Miles Morales got when he became Spiderman. Now he is loved, People are some fickle fools at times.

love the suit, will be interesting how they’ll create this Batwoman since she’s a completely new character to take on the role now.

All of that said, I love the costume and I love her look.

To be clear (and thanks for the subtle reminder), I like the look and look forward to seeing how they replace the show’s socially-central lead character, but just have the couple of quibbles with the design. I probably should’ve led with that and instead just took “it’s good” for granted…

It would be a cool look, but actors express emotion through their eyes, so I doubt we will ever see it.

Maybe they could continue doing it like in episode 5 when Kate used the night vision feature on the cowl? 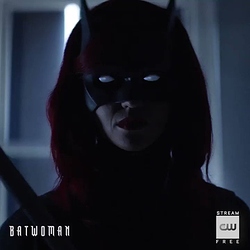 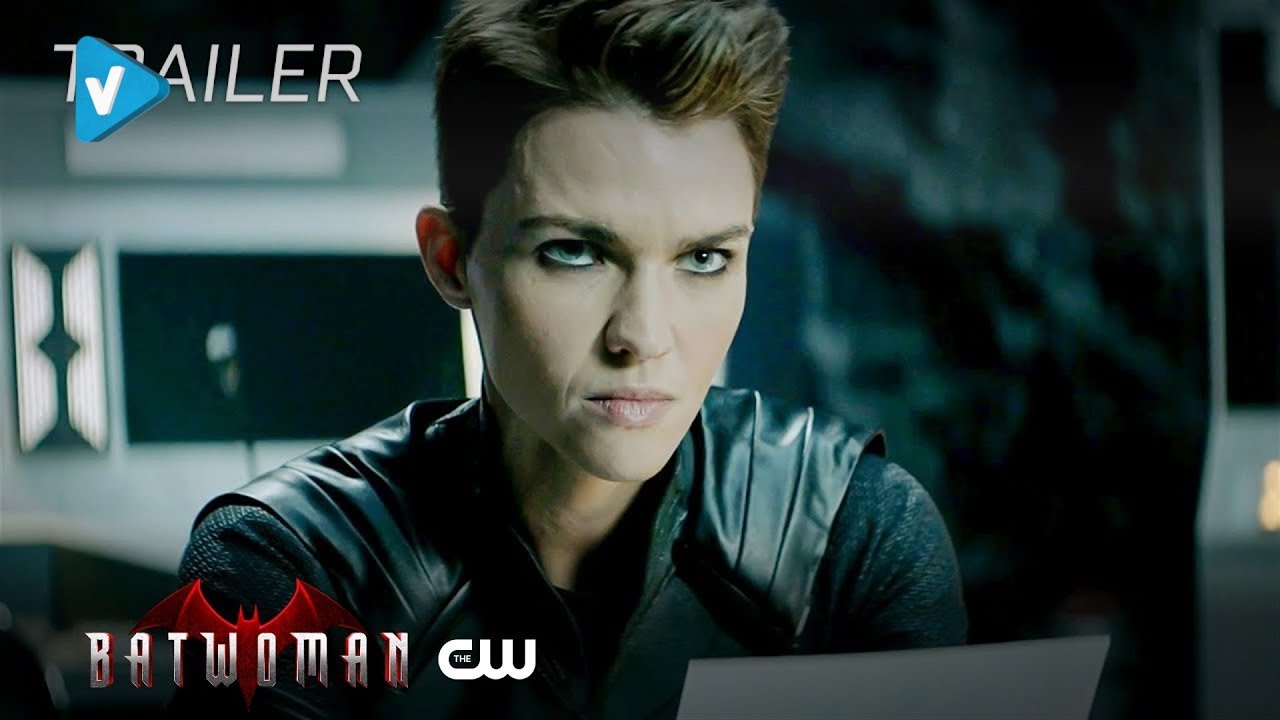 That is a cool look, really makes the mask pop. I wonder if that was a practical or digital effect.

Costume looks good just like the last one, not an improvement but it’s nice it is somewhat different. Although they say clothes make the man or woman, I’m waiting to see what she brings to the character and am optimistic that it will also be different but in a good way, like the costume.

It’s only when you disrespect the legacy characters to further the new characters, regardless of gender. Didn’t Batwoman kill Keven Conroy in the cw crossover? Why do that? Why pit half your fanbase against the other half?

Is it a twitter strategy? Is it a cynical marketing technique? Irritate the sensitivities of volatile people to gin up traffic and clicks? Get insecure men and insecure women to start taking out their childhood traumas on each other for your own monetary gain?

If so that’s pretty evil.

I mean, it’s a nice suit. I like they added the hair, but… i dunno.

I think the suit looks good. I’m still a little hesitant about a completely new character as the lead, given that we no longer have the connections established in season 1 with Kate and Alice as siblings, and the dynamic between the characters. Part of me feels like it’s going to be a totally new show, but I’ll wait and see. It could be fantastic and here’s hoping it is.

The hair has got to go. I haven’t seen hair like that since the 60’s teased look. Dye that baby red and add conditioner to make it look somewhat like the real batwoman
Costume is good though

Not bad, just needs more armor, it always has

Decent, but I thought the one with Ruby Rose was totally cute, in the first season.

I was thinking the same thing. Loving the suit, and loving the hair. It’s so great to see representation and celebration of black women and their natural hair. It is long overdue and has been stigmatized for way too long. However, if Batwoman has the same hairstyle as Ryan Wilder, it might not be the best idea for keeping her secret identity. Have we seen an image of how Ryan Wilder will wear her hair?

I like it quite a bit. I agree with everyone mentioning how awesome her hair looks with it!

I think she looks great! And I love the hair. As somebody who keeps her hair natural, I think it’d be a great disguise because people who don’t have black hair tend to just focus on the hair. That’s not a bad thing, I’ve just noticed it’s a defining feature when people describe me and they tend to see my twin in anyone who also has natural hair (I know this may come across as them being racist, but it really is just focusing on one feature). So this will make it really easy for Ryan to put her hair in braids or even just a bun and people who don’t know her won’t draw the connection. I hope there’s a scene of her deciding what her superhero hair is. Maybe it’s a wig and her curl pattern is completely different.

I’ve tried watching Batwoman while stuck at home, but I wasn’t a huge fan of Kate. Some of her mannerisms just rubbed me the wrong way and I had a hard time with the accent, that having been said, I never really tracked Batwoman in the comics so this doesn’t hit me as hard as it does some people. Kate Kane is one of my friends favorite characters, so this really sucks for her. But the show was put between a rock and a hard place with this one since Ruby Rose is out and Crisis already consolidated the universe (mostly). But pressure can sometimes make the best content. I hope they’re able to with this!