What Does Everyone Think of the New Batwoman Suit?

The CW just revealed the look for the new Batwoman suit, what are your thoughts? 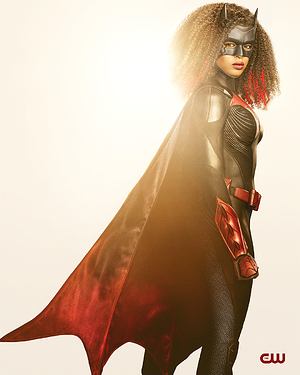 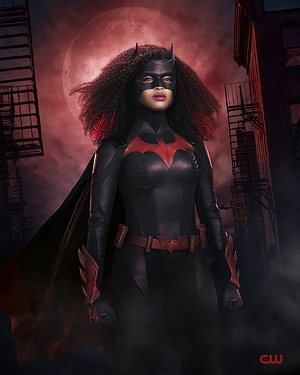 I love love love that they kept her natural hair. It makes her very striking. The gauntlets are very cool too.

I like it! It’s still in the same vein as the last suit, but she’s got small details to make it her own

Well, that’s…pretty much the same suit with her natural hair instead of a wig. Cool.

I dunno, I’m hoping it works, but I’ve been lukewarm of this news from the start.

Am I missing something?

Oh no, I just put it there as a reminder. I saw some harsh comments during the rewards program and during the DC Universe Infinite announcement (they were completely unrelated to this topic).

So I thought it would be a good idea to start adding it to every new thread I create from now on.

She looks good as Batwoman and it is nice to see they added more red to the costume.

Why is there a need to ask to keep responses respectful?
Am I missing something?

She is a woman of color who is now occupying a role that is usually portrayed as white – that can make discussions about it…heated, to say the least. Thankfully it’s pretty rare it gets like that around here, but it’s pretty common on places like Twitter.

i just wish they would add the white eyes like she has in the comics. but besides that she looks really good

I moderately dislike it. I just think the hair and red are a bad contrast.

I don’t believe anyone has a problem when they change a character’s gender or race when it comes to movies and TV shows.

Oh there have absolutely been people upset at that. I mean, look at Titans and them having an African American woman play Starfire.

That said, I will say that was a little muted in Jacvivia’s case, because I think the fact that they were creating a new character instead of recasting Kate was the bigger and more confusing story.

I think she is too short for the role. Only 5’ 3“ Most” actresses that play super heroines are at least 5’ 6”.

I like it. It’s close to the original, but at the same time they gave it little touches that make it all her own.

One of the better CW suits. If I would change anything it would be to remove the gill pattern by the chest.

Can’t wait for it to come back.

I wish the bat-ears were longer so that they don’t vanish into Leslie’s (amazing) hair and that the black tone of the mask was less neutral to better contrast with her skin. But it never seems to have occurred to the Flash showrunners that the lemon-yellow color didn’t do Lonsdale any favors and cinematography has always had trouble capturing non-White people well, so this is probably as good as it gets on TV.

I do have to wonder about this design, though. Unless this is for later in the season, after Wilder is (presumably) brought into the fold, I’m curious how they’re going to justify such a detailed suit for a character who I believe has been implied to be homeless and destitute on one hand, and stated to be starting out as largely incompetent on the other…

Obviously no one knows until we watch the show. I’d imagine it’d come in later in the season, but with that said you could definitely use it to play up aspects oc her character. Having her wear this high tech and detailed costume can be used to play up and highlight her lack of training even more. It is a literal and physical way to represent the shoes she is struggling to fill. Having the contrast makes her lack of training even more apparent.

All of that said, I love the costume and I love her look. Wasnt a hige fan of season 1, but I’m willing to give season 2 a chance. Happy for all of the batwoman fans at least. Another season and a cool character is probably very exciting.

My initial reaction is I don’t like it. I was hoping for a suit that would be different than Kate’s. When someone takes over for Batman, they don’t change the suit because they want characters to think it’s the same person. This is obviously not Kate, so why not just give her a new suit and her own identity? I also don’t like her hair. Javicia is a beautiful woman, and at the risk of sounding offensive, I was hoping for something sexy that augmented and displayed her beauty. In my opinion they didn’t do it here. However, I of course will see what it looks like on TV.

Loving it, and I hope this means we’re getting a new Batwoman book spinning out of Batgirl #50.

Ryan is a different character than Kate… although I’m not sure if that’s really known/recognized on Twitter.

Suit looks pretty much the same to me. I agree it’s one of the better CW suits.