What does everyone think of "Swamp Thing: Absolute Binge Edition"?

Earlier today (Fri, Oct 25) we got Swamp Thing: Absolute Binge Edition and I was curious what people thought about it? And do you guys think that DCU will do the same with Young Justice, Doom Patrol, or even Harley Quinn? 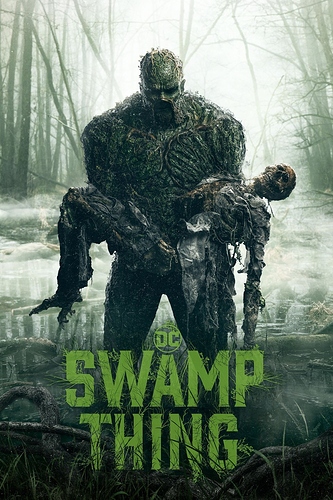 I applaud them for still marketing this but it’s not going to change my view on my disappointment of the cancellation.

@E-Dot I mean you can’t really blame DC they don’t get to choose what gets renewed or canceled. Everything like that is done by Warner Bros. I know its stupid but its the reality of it. All I’m trying to say is not everything is DC’s fault.

I think it’s great! I’ll definitely go back through and make sure I saw all the extra stuff.

They will definitely do the same thing for their other shows. They did this for Titans Season 1 right before the start of Season 2, so i’ll be looking forward to the Doom Patrol edition once Season 2 is about to come out!

I love the binge watch editions! This one included.

So as someone who hasn’t watched Swamp Thing yet, do I watch the series by itself or the Binge Edition?

I think Young Justice and Doom Patrol will almost surely get one, just expect theirs to be closer to the new season starting, like Titans Season 1 absolute binge watch edition was.

I do like these although I tend to skip over some of the specials there is just so much, not a bad thing I just don’t have the time to watch it all. But it is awesome they got it all in one place like that.

Either. The binge watch is basically a bluray with a whole bunch of extras thrown in.

We line it and are watching the series again. We love it and hate that it’s cancelled.

Either one. It doesn’t matter. The binge edition is just the show with extra content.

I enjoy the bingwatch edition. what I really want to know is when will the series get a blu Ray release?

And to be quite honest, I think the state of North Carolina (where they were filming) had something to do with the cancellation. We just cut our budget for film and tv production wayyyy down, which in turn made it hard for DC to continue to afford filming there. That’s one theory I’ve heard from a local comic book shop owner abt two hours from where they were filming

I saw it regular and now I’m rewatching with the absolute edition. I like this way better because with the added stuff I pick up on more that I missed the first time. The show is suprisingly really good with good amount of depth to it.

That’s crazy. I didn’t even know it was cancelled. The show was really good. Whoever is in charge of these new DC Universe shows is killing it.

That was the theory for the first couple of weeks after the cancellation, but I think it was debunked. It’s been a while since any ST cancellation talk, but if I remember right, DC came out and said that the cancellation didn’t have to do with North Carolina

It does seem like, while the largest blame goes to suits, it was also death by a thousand cuts.

It’s a true shame. It would have found a loyal audience had it been on HBO, Netflix or Amazon. EVERYBODY who worked on the show, from the fine, fine actors to the crew, loved working on a show that they KNEW was great.

Hell, 93% on Rotten Tomatoes. Same rating as DOOM PATROL. DP got picked up for a second season (HOORAY HOORAH!), but we are left with only 10 episodes of an incredibly good show, which should have been completed.

Who isn’t disappointed with the cancellation? Only the suits.

Liked the Titans absolute binge. Hoping to watch Swamp Thing this weekend. I would definitely watch a Doom Patrol absolute binge and any other ones they decide to do. Here’s to more of them.

I think it’s wonderful in their part on bringing in more interest by created the absolute edition to the show, every detail of the show, whether it be the production design, the suit, the cast, the story and what inspired the story presented in the show is just beautiful in every way. My heart breaks at the cancellation of the show, but I’ll continue to support DC and the wonderful beautiful people involved in the project of Swamp Thing.

I just started watching the binge edition. I forgot how damn good this show was. It’s a great addition to the programming here at DCU. It’s difficult sometimes picking up where you left off when you stop the video knowing what episode your on in the binge edition.