What Do You Think Was Stolen From Batman In Batman Killing Time? 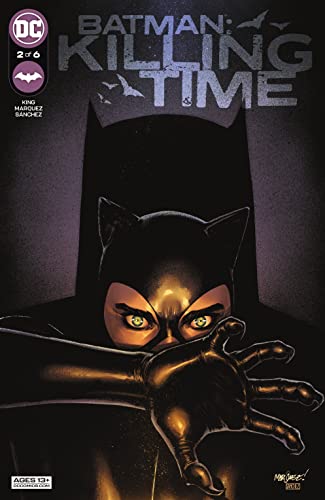 The Synopsis for Issue two of Batman Killing Time has been released on Amazon Kindle:

The epic continues, and blood will spill. Catwoman and the Riddler have pulled off the perfect crime and are now in possession of the most valuable object in the DCU. But how long can they hold on to it with not only Batman on their tail but also a terrifying new villain is known simply as the Help?

My theory is it’s the chunk of platinum Kryptonite given to bruce by superman in Batman vol 3 issue 85. the reason I think this is Platinum Kryptonite only exists in the Phantom Zone and works as the opposite of Gold Kryptonite granting the powers of a Kryptonian to any Being. Batman was given the only known piece by Clark years ago, making it likely one of the rarest substances in the universe, and the fact that just touching it permanently bestows the powers of Kryptonian to another being would allow it to live up to the hype built up.

Yeah… It’s probably not the platinum kryptonite. From the first issue, we know just how early this story is meant to take place in Batman’s career. Gordon was just appointed police commissioner, and there doesn’t seem to be a Robin in sight. Given all of that, the likelihood that Superman was entrusting Batman with platinum kryptonite at this point in time is pretty slim. Not only that, but the idea that Batman would go stash platinum kryptonite in a vault that is located anywhere outside of the Batcave seems unlikely too.

More importantly, the first issue cuts back to Ancient Greece at one point, and I seriously doubt that King put that in the script just to add context to the quote at the end of the issue. I’m guessing that whatever was in vault five is some kind of magic relic, probably acquired at some point by the Wayne Foundation under the guise of a museum donation but placed in the vault for safekeeping. 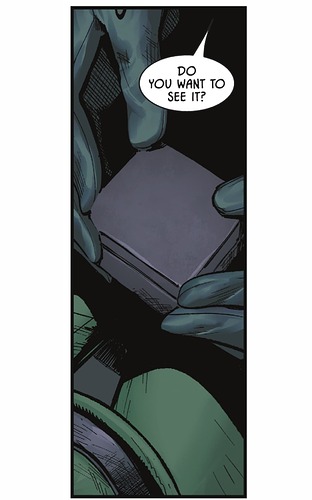 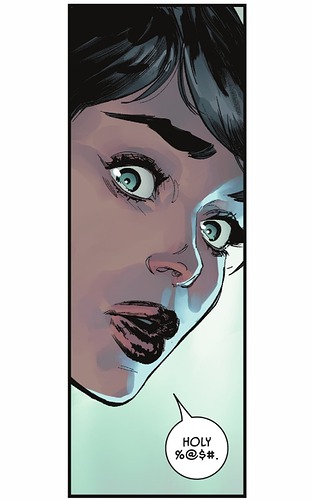 then there’s Selina’s reaction.
Selina would not be impressed by something like a ring or the circlet the woman is wearing. It could be something that would grant godhood… Or it could be Gold Kryptonite.

However, if this is in the same universe as Batman/Catwoman Selina already breached the cave at this time. also this likely takes place within years two or three. robin does not show up till year three, and the war of jokes and riddles takes place in year two replacing the long Halloween. but the black costume Selina wears indicates post Year two’s purple costume. it has to post year two but pre robin which generally is year three.

it has to post year two but pre robin which generally is year three.

Exactly, and that seems way too early in time for Superman to be entrusting Batman with platinum kryptonite. Regarding the size of the package, that would seem the perfect size for a magic amulet or a magic ring. I wouldn’t think that the double-cross that happens in issue 1 would be over some piece of priceless jewelry, but priceless jewelry that’s rumored to give the wearer superpowers? That sure seems possible to me.

I never leave the cave without it.

Or it could be a piece of death metal.

ps could be Allen Scotts ring

Alan Scott’s ring is a pretty good guess, since he was in Gotham before Batman. Remember, this story is set early in Batman’s career. So it wouldn’t be anything related to more recent stories.