What Do You Think of an Animated Snyder Cut?

I know most people are still hoping to see the Snyder Cut of Justice League but let’s be honest we won’t, but what if DC gave us Snyder’s DCEU vision in animated form ? Like they show us what Snyder had planned for us in multiple animated movies, how would y’all feel about that ? 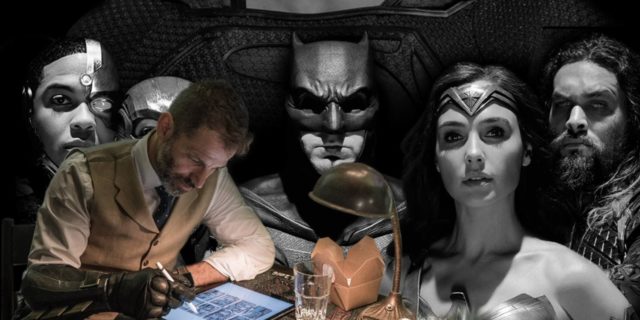 To be honest, whenever people (even a majority of fans) say “This won’t happen” or “We’ll never get this” history only proves them wrong.

We’re constantly getting unreleased cuts in games, movies and music, some just now media that is even 60 years. So after learning that, I’m going to say “Never say never”.

That said, I’d be okay with an animated version of the Snyder Cut. If we don’t get anything at all I’m okay with that too. I like Justice League and Batman vs Superman so I’m not at all sore about the quality of the already released versions of the films. At least they were a bit better than Nolan’s sepia trilogy who forever gave future director’s permission to butcher villains integrity

It would be cool if they use the unfilmed script for an animated mini-series. I do hope WB eventually releases the Snyder cut that he completed like they did with Superman 2 The Donner Cut.

Yeah, Snyder and others involved have seemed to suggest they were planning a 5 movie arc, with Man of Steel and Batman V Superman being the first two. Their original plans for Justice League, which WB deemed too “crazy,” would have been the third.

It was going to be pretty epic, from everything we know about it.

If they animate it all, I guess they’d start by giving us their original “crazy” version of Justice League and then continue with the two planned sequels.

But yeah, I’d love to see Snyder’s original cut of Justice League, but I get the feeling it’s more likely to be something that comes out further down the road.