What Do DC's Biggest Icons See When Gassed by the Scarecrow? 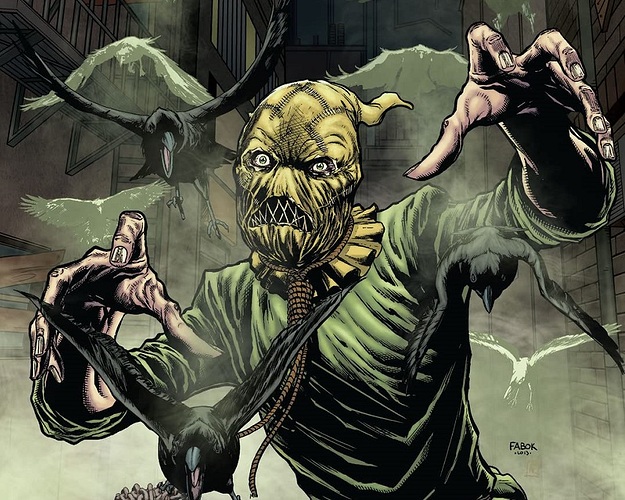 As Gotham City surrenders to Scarecrow’s “fear state,” the terrifying grip of Dr. Crane is more potent than ever before. With his signature fear gas, Scarecrow has always prided himself in his ability to bring out the worst in people, showing them their greatest fears as they surrender to its effects. Under Scarecrow’s fear gas, arachnophobes see spiders. Ophidiophobes see snakes. Trypophobes see tiny little holes, all grouped together. (Don’t look it up.) But what do the greatest icons of the DC Universe see, when confronted by Crane’s concoction? Over the years, a myriad of storylines have provided us with answers. So, with Halloween coming up, it’s time to discover what scares our heroes most. 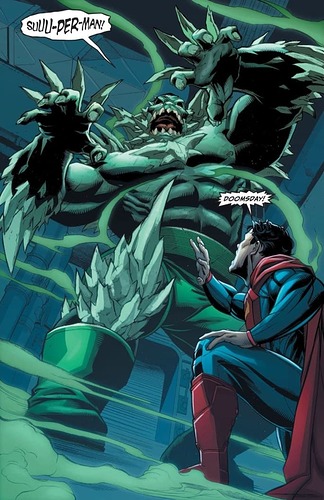 In Superman/Batman #65, a fear gas attack causes Superman to see all of his loved ones perish in a plane crash that he was too late to save…but that isn’t the fear gas incident Superman is best known for. While Scarecrow himself doesn’t play too large a role in the Injustice saga told through games, comics, and now an animated film, his fear toxin plays a major role in the impetus behind the entire story. By lacing Scarecrow’s concoction with Kryptonite, the Joker causes Superman to see Lois Lane as his most powerful enemy, Doomsday—the creature who took him away from his family. In a turn of tragic irony, it was Superman’s fear-triggered attempt to save his family which took them away, and led him down the dark path to tyranny.

To see what other heroes see under the influence of the Scarecrow’s gas, head over to DC Comics!

What would YOU see if you were gassed by the Scarecrow? Let us know in the comments!

Another great article by @HubCityQuestion!

One thing for sure I wouldn’t want to meet the Scarecrow!

I have to think if I were gassed by The Scarecrow I would be subjected to V’s death all over again.

I would see replays of my knee being torn & realizing my shot at the NFL was gone.