Well, for an hour and 18-minute film, I feel the animated adaptation of Injustice ticked off the right checkmarks. They start with the classic opening, but you know you’re not quite in the same universe as the game/book’s within the first five minutes as they kill off the flash.
I feel they hit most of the right checkmarks to make it faithful to the source material while still giving us a new story well keeping the characters more faithful to themselves.
I feel the ending was done right to keep it true to Injustice, , but they got the timing down so that Superman is not quite yet the High chancellor’s irredeemable SOB and could be saved the way he is in the film. Via a very pregnant Lois from an alternate universe who lost her Superman talking him down. however, I also like the new trend of batman getting a happy ending that dc has been going down.
My favorite part is: ending with a batcat kiss
My least favorite part: The death of Pa Kent.
What I am glad was not included: The death of Billy Batson
What I wish was included: Alfred’s beatdown of Superman
So what do the rest of you think? What was your favorite part? What was your least favorite part? What part were you glad was not included? What do you wish was included?

My favorite part: Pregnant Lois talking down Superman
Least favorite part: The Flash’s death
Glad was not included: Shazam’s & Black Canary’s death
What I wish was included: Justice league from the other Earth, the Flash, the whole story lol.

The movie is clearly not the same as the comics. In my opinion, they should’ve done a two-parter for this story to really catch the essence of what Injustice is about. I feel they missed a lot of crucial moments that were very important.

yes i just prefer to blur them.

How do you do that, I’m new to this

never mind, got it

Honestly, an animated series, with a large cast would be needed to capture the full injustice experience.

Finally got around to watching this and I just didn’t feel it. The pacing was way too fast for most of the movie and while I tried to give the new voice actors a chance, I think Harley was the only one I really liked. Everyone else either didn’t make much of an impression or gave a performance I actively disliked. So much of the dialogue here was literally just copied and pasted from Taylor’s run, which made it feel unoriginal to an extent, and the changes that were made didn’t feel particularly interesting. I like how Injustice the game/comic is a complex tale of heroes fighting against each other, but the decision to cut that short by making Ra’s and Amazo the bigger villains that cause the heroes to put aside their differences felt pretty cliched. Also, I didn’t even register Flash’s death initially because I just assumed that buzzsaw that killed him was actually another part of the fear toxin illusion. It didn’t hit me until later on when I was questioning where Flash was that it finally hit me. All in all, this just felt pretty underwhelming, and I definitely agree w/ the idea that it’d be better served as a longer series to better capture the huge scope

Well at least the difference with this is unlike the comics and the games the movie is the feel of Danger the insurgents are under. As they do I have the green pills to grand them super strength and super durability But yeah the dialog could have been a little more original.

So, I was really excited for this movie but I knew they weren’t going to fit all of the comic material into an hour movie. Part of me hoped they would adapt Year One and go with that and then maybe we could get later years further down the road. But, oh well.

I really wanted Alfred’s beatdown of Superman, but Alfred wasn’t even in this movie and it took me a while to notice that.

Now for the good stuff. Ollie and Harley’s friendship was still well-done, very rushed but still had a great feel to it. Nightwing and Robin was also done well. Damian is always a jerk but he got over himself a little bit by the end.

The slow diminishing Insurgency after each scene had a great feel to it. Each time you saw Batman, he had less people around him. It really helped with how desperate it all was.

Basically, there were points of this movie that were panel for panel and word for word, straight from the comic book, and others that were definitely not. I wish we could have gotten an actual comic book adaptation. But this wasn’t a bad movie.

you made good points however the flash dyeing is the change that initiated the butterfly effect. creating the nail of change, There is something interesting when you get to which earth they come from at the end

I, Liked Wonder Woman and the Huntress’s Costumes!
I, Like the Cat Woman Costumes From Batman the Animated Series, Better.
I, Would Have Liked Too See More of Shazam!

In Response Too Nobody Bladesmith:
Who Asked What I Thought About the Injustice Animated Movie!
I, Loved the Movie!
The Feel of the Movie Was Great and It Moved at A Nice Pace!
I, Will Definitely Watch It Again and Again!

You could send a message straight to him or anybody else in the comments by typing the @ button followed by his name.

Just watched it. The three words that best describe it are the following and I quote “stink” “stank” “stunk”

Setting aside plot discussion items, what was up with the art, it was horrific. Seemed like there were serious production quality problems - e.g., seemingly every character having big black bars over their knuckles? 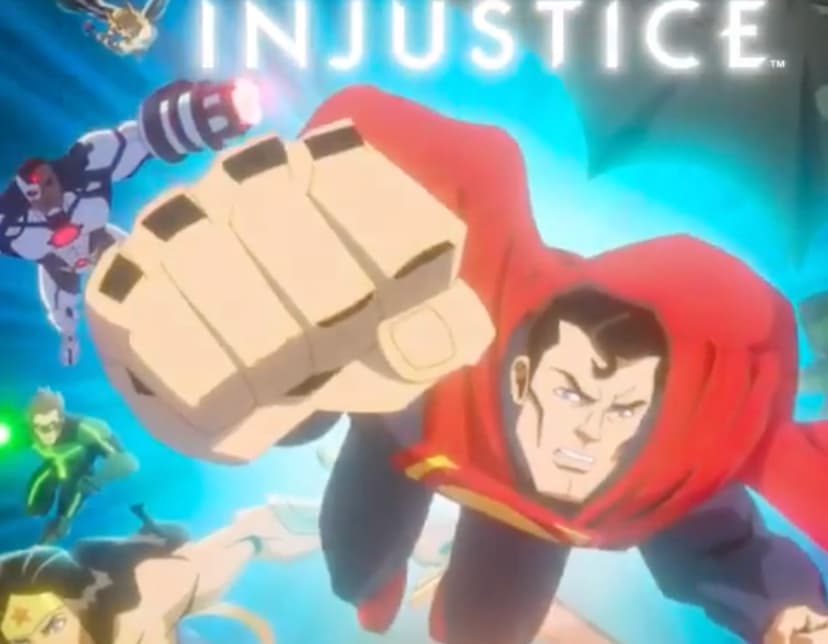 I was wondering that too.

perhaps the character desinger could not draw knuckls properly?