What DC Titles/Storylines would you like to see get collected editions/rereleases!?

I’ve been thinking lately, there’s still some older DC Comics stories that don’t have proper trades or hardcover collections or are long out of print! So my question is, what would you like to see DC release in a new collected edition!?

As for me well…

JLApe: Gorilla Warfare. I remember reading this as a kid and thinking it was a lot of fun. Sadly my copies of the event were lost in a move, so i’d love to have a collected edition to re-read it! 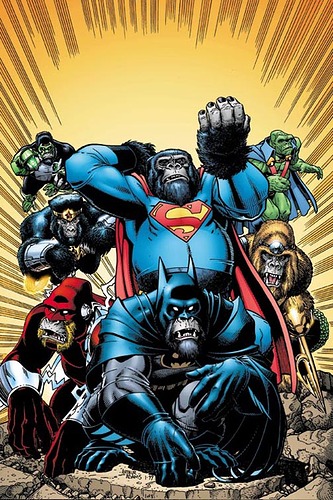 Its been out of print for so long. I think it deserves a new printing! 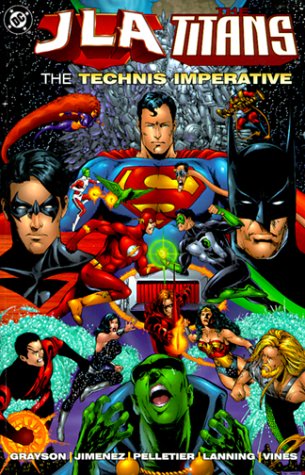 And that’s it for me for now. So what about you? What would you like to see DC put out in a collected edition!?

My answer used to be a Question Omnibus, but I have that now. It’s the pride of my collection.

Apart from a Volume 2, collecting the rest of the series and various later appearances, I’d love to see a proper collection of Justin Gray and Jimmy Palmiotti’s Jonah Hex.

I’m very, very upset that DC was working on printing Gail Simone’s run of Birds of Prey, gave us three sequential trades, but with the latest volume, Whitewater, it completely skipped a huge chunk of Simone’s run, and the next solicited trade does not fill in the gap but collects the (excellent) McKeever arc and the (awful, terrible, horrible, depressing) conclusion to the series by Tony Bedard. What the actual heck, DC? Why skip the excellent issues, including #100?

They are keeping you depressed until they finish the job apparently.

I really wish they would add more golden age and silver age titles that are otherwise a bit out of reach either due to cost or availability.

Much of this time period didn’t necessarily have a continuing storyline, per se, but collectively they present a snapshot of the characters.

Im still holding out for a complete Aquaman collection, much of his golden and silver age has yet to be collected.

DC Comics Presents. One of the books that got me into comics. So fun. I would love the complete set all together. As it exists right now I have to either get the original issues or find some very expensie omnibuses to complete my collection.

All Star Squadron. Another series that got me into DC Comics. Shocked it hasn’t been fully collected yet.