What Current Events Should Comics Address?

With so much going on in the world, what issues would you want to see addressed in the comics?

Think along the lines of the classic Green Lantern/Green Arrow run and the social/world issues it integrated into its storylines.

I would like to see the issue of hopeless and the meaninglessness of life addressed. With the opioid challenges, increased suicide rates, and lack of social interaction due to COVID, I believe that comic writers have an opportunity to offer some messages of hope to our culture. I think that Nightwing, Tim Drake, the Creeper, and Beast Boy would be heroes that could tackle this issue.

Agreed. One of my favorite comic issues is actually one of Mark Waid’s Daredevil comics that addresses depression. 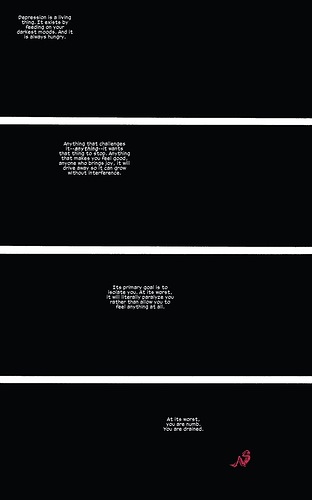 Unfortunately a lot of social problems from that 70s run are just as prevalent today, particularly in regards to systemic racism. One of the best stories addressing that today is Other History of the DC Universe, from Black Label. I couldn’t recommend it more.

One of the best stories addressing that today is Other History of the DC Universe, from Black Label.

I’ve been buying them. Waiting for the full run to read it all at once. Super excited!

First, I have a hard time imagining DC doing something along the lines of the Denny O’Neil and Neal Adams stuff in their mainline today (even in this day and age), but DC Black Label is of course the perfect place for that.

As for what I would want to see addressed, and which hero doing it…

I guess my favorite thing, a period piece, and set this one in the early 70s, and use John Stewart.

And do a follow-up to GREEN LANTERN #87. 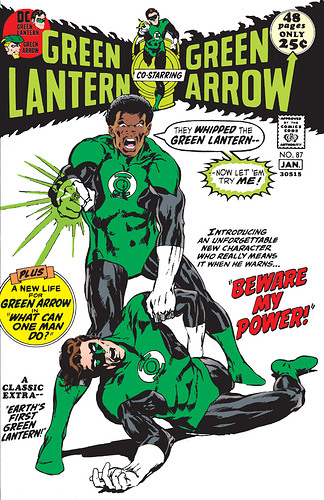 John Stewart’s an unemployed black architect in the early 1970s. 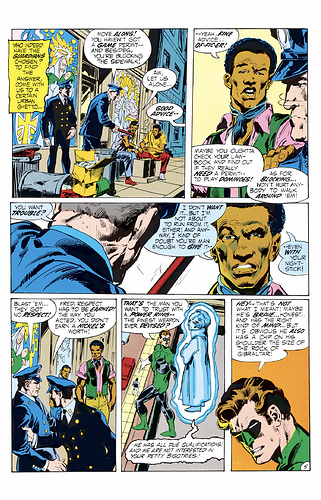 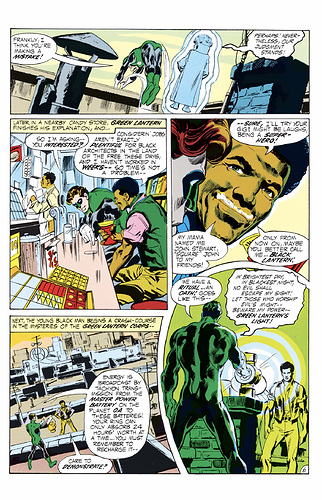 Okay, what happens next, after the issue?

What happens next in the story of John Stewart, unemployed black architect in the early 1970s?

And of course get my guy, John Ridley, the aforementioned THE OTHER HISTORY OF THE DC UNIVERSE guy, to tell the tale.

I loved what he did with John Stewart in THE OTHER HISTORY OF THE DC UNIVERSE. 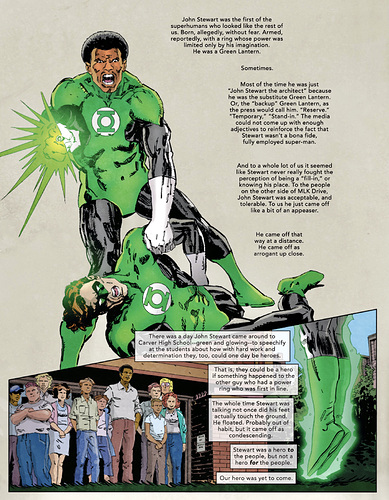 So I’d love for him to do more. 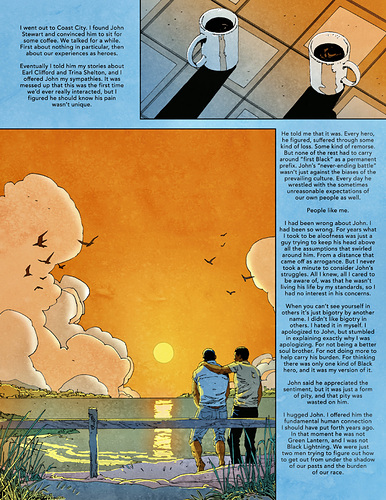 And maybe even get Neal Adams to draw it. But the “OTHER HISTORY” guys, Giuseppe Camuncoli and Andrea Cucchi, would be excellent too.

And maybe call it GREEN LANTERN #87: THE NEXT DAY.

Or JOHN STEWART: THE ARCHITECT.

And I guess I’ll stop.

And do a twelve issue miniseries. Do something like what Tom King is doing with Adam Strange in STRANGE ADVENTURES. Only do it with John Stewart.

As for the current day, and events and topics, what they’re doing with Static in the Milestone stuff could be interesting. 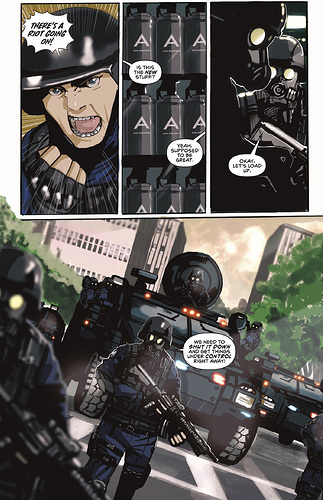 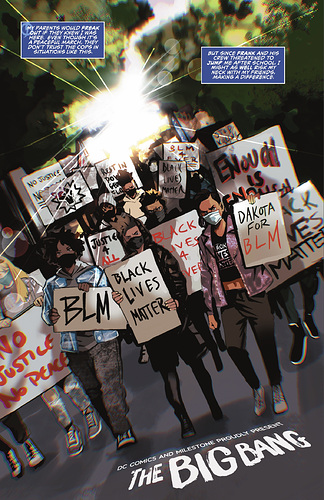 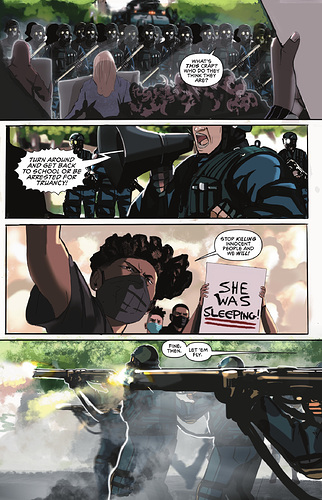 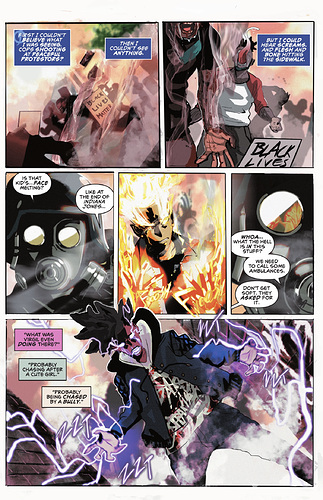 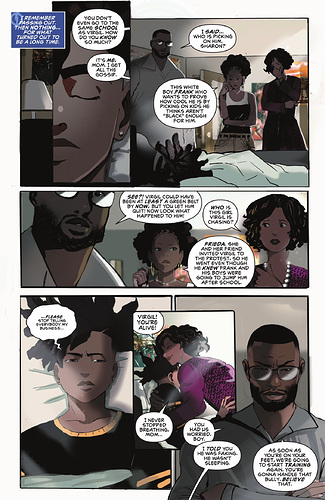 Do more of that.

Of course that’s what Milestone will be doing, I imagine. And not with just Static, but with Hardware, and with Icon and Rocket.

They have that freedom though, I guess, to do these kinds of stories.

And I guess it’s pretty cool to have that kind of freedom and not have it maybe feel like it’s being shoehorned in or something – or doing it to push some type of agenda, or to check off some boxes.

No, this is totally within the normal fabric or tapestry of the story.