What Comics Are You Expecting With Ultra This Mid November?

As advertised, mid November will see the digital library boost. What series are you expecting?
I’m looking forward to:
Watchmen
The Killing Joke
Books of Magic
Scalped
100 Bullets
Complete the Justice League Europe run
The Constantine Dreaming Special one Shot

i hope books of magic. That’s the one i would be most hyped for.

And a whole bunch more. This just barely scratches the surface of books that I’d like to see on DCUI, many just for the sake of one issue in them that completes an otherwise nearly-complete run or series that’s already available on DCUI.

I’m expecting mostly Vertigo and Black Label books to be added. Scalped is an obvious choice, along with Preacher and 100 Bullets. Likely the various Fables spin-offs as well.

Preacher is already on: 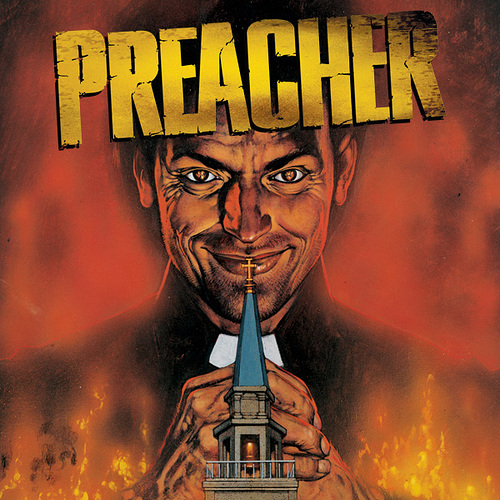 Jesse Custer is a small-town preacher losing his faith—until he merges with a divine being called Genesis. Now he has firsthand knowledge of both Heaven and...

Fingers crossed for 100 Bullets, and even more so for Transmetropolitan.

Why JLE is not happening?

Fingers crossed for 100 Bullets, and even more so for Transmetropolitan.

The writer of JLE is in prison. For stuff with kids. Neither DC nor Marvel will re-release his work because they do not want to pay him royalties or be associated with him.

I’m sure there’s some legal maneuvering DC, Marvel and whomever else Gerard Jones did work for that could be done, so that his work could still be monetized, available to fans (and potential fans) and without him earning one cent from it, or his name being heavily promoted in conjunction with it.

Interestingly, he’s getting out soon. I’ve been reading his newsletter of repentance and recovery, and think it’s quite sad but interesting.

I had no idea! Thanks for the reply and it’s sad they this like this happens in our world.

Interestingly, he’s getting out soon. I’ve been reading his newsletter of repentance and recovery, and think it’s quite sad but interesting.

One book I could see coming out of this that hasn’t been mentioned yet is Dark Night: A True Batman Story, written by Paul Dini and drawn by Eduardo Risso. It’s a memoir about Paul Dini’s life, centered around the time that he was viciously mugged during the production of Batman: The Animated Series. It’s an amazing book.

I wouldn’t mind reading it.

I would absolutely love to see some of the sizeable BA gaps for Action and Superman be filled.

I don’t know if November’s a realistic time frame to expect at least some of those issues, but if they should begin to appear then (and continue steadily afterward), I certainly won’t complain.

Dang yes! That Zatanna/Dinah book is a fitting continuation of the great work Dini did in the Zatanna ongoing!

Black Canary: Ignite! My favorite of the kid’s graphic novels! And hopefully also Batman: Once Upon A Crime, the lovely continuation of Li’l Gotham!