What Are Your Top 10 Favorite DC Comics Series/Miniseries?

Great question, @Jurisdiction! And although I believe we’ve had multiple threads dedicated to this very topic, it sucks me in every time. It’s fun to reassess which are your actual favorites versus which were fleeting interests and check out other DCUer’s favorites too!

My Top 10 Favorite DC Comics Series:
*all linked to read here on the DCU (if available)

Kamandi: The Last Boy on Earth
*I didn’t realize until after I wrote my list that there were so many other Kamandi lovers out there! It was so rare to one comic store owner that when I asked him if he had any Kamandi issues in stock, he came out from behind the counter and hugged me!

Batman: The Many Deaths of The Batman (#434 - #437)
*An unsung hero, the first issue has literally not a single line of dialogue and is expertly illustrated!

Batman: Nightwalker
*An unforgettable story of a young Bruce Wayne, this YA graphic novel contains lots of fun Easter Eggs and impeccable art.

Future State: Dark Detective
*A mini-series that ended way too soon! I was so eager to see how Batman was planning to get out of the unique circumstances in future Gotham!

Batman: One Dark Knight
*I have this hardback on pre-order but it has already made a big impression!

My top 10 lists for anything are always in flux, so offhand, I’d say these are my top 10 favorites ATM:

This is an incredibly tough question, and my answers may change tomorrow, but this is how I feel today.

I know I’ve done this elsewhere, this is the current list. Got some recent additions.

I dig all of Kirby’s 70s work in general

I’m counting Vertigo as DC too, because technically it kind of is…

Those are amazing picks!!! I’ll have to check out Luna Park and Beware the Creeper!

Great topic question. Almost impossible to answer with 56 years of DC Comics reading under my belt. But, I’ll give it a go:

This is one that has the stories that belong on a top ten list of DC in general. Injustice and the like are fine but they aren’t defining stories

I can only do Minis. I need a lot more brain power to think about full series runs. These are all 5 out of 5 for me for different reasons.

A very hard choice! This is not in any order except for the first three, which are all clustered at the top:

(Part my criteria for picking these is that they have to deeply move me, and have to fundamentally shape the way I think and feel about a character)

Detective Comics by Tynion (fav Rebirth)
Green Arrow: Longbow Hunters (and Grell series that followed)
The Question by O’Neil
The Saga of Swamp Thing by Alan Moore
Sandman by Gaiman
LoSH by Levitz and Giffen (and Giffen alone)
Outsiders (80’s run)
Superman For All Seasons
Doom Patrol by Morrison

Superman For All Seasons

Superman For All Seasons 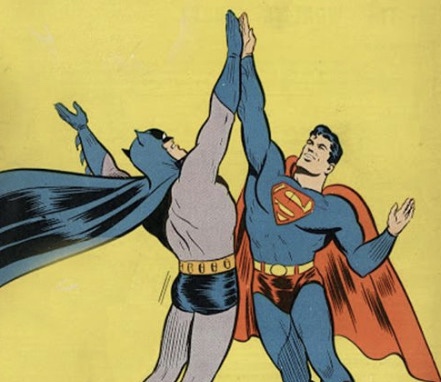 The Brave & The Bold

I am really glad this is here.

from which years? They’re all amazing!

@TheCosmicMoth I have to say, I love Naomi. I have the TPB of season 1, and really enjoying season 2. I hope that DC gives her a spotlight, she is such an interesting character.