What Are Your Thoughts on Meta (As in Fourth-Wall Breaking) Characters in DC?

What are your thoughts on meta characters (as in they address the audience) in DC? Love it? Hate it? Somewhere in between? Sound off below. 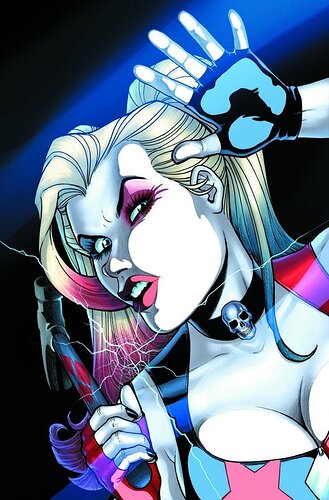 I don’t love it but I don’t hate it either. I think when it’s done well it can be funny or clever, but when it’s done as a gimmick or as something that’s unnecessary I don’t really care for it. I think it’s definitely over done. But I also think there is a place for it.

Wayne’s World and Spaceballs are some of my earliest movie memories, it’s lost its freshness.

I like it. But only certain characters. It wouldn’t work as well if someone like Batman broke the 4th wall.

It’s a fun gimmick that really does fit some characters and becomes a cool part of their style and identity.

I’m fine with it. Can creat some fun moments in stories but like said here depends on who. For things like Doom Patrol, Harley (from time to time), or other strange/comedic characters it could be great. Or even if the story does it like I’ve seen in Terrifics or the Imps of Mxy and Batmite with Supes and Bats.

What characters do you think it works with?

I love it, but only when Grant Morrison does it. Other then that, I like it but needs to have a solid narrative purpose or I get bored of it.

I like it when it’s done well, but it’s hard to pull off. I agree it depends a lot on the character, and for some reason it works best w/ characters than lean towards to crazy. Like Harley or the Joker talking to us works, but Batman doing would be weird.

What other characters do you think it works for?

I think it really depends on the writer and the concept. I imagine a good writer could make, say, Constantine talking to us, or even Zatanna, really work.

Hmmm…I guess it has to be a character that can step outside of their own reality a bit (and, therefore, more into ours).

It certainly has its place. But, at least for me, its grating if they are constantly talking to the audience. It gets too Deadpooly for my taste. But an occasional reference to the audience is great.

Haha I know what you mean about it getting deadpoolly. But i agree, sometimes it can be fun. Who do you think is the best DC character for breaking fourth walls?

I have to agree with a lot of the comments, it only works if it is done by a character that isn’t taken too seriously, such as Harley, and, like a good joke that follows the comedy formula, the build up has to be good and make it work. I think my favorite one is from BTAS, when Harley is “grasping on straws” and talks to us directly. Jason has done it a few times in narration, but hasn’t directly looked at the reader, which I think works for him and his character. There was one time in the Batman Arkham Knight comic tie in comic, but that was only once and I still don’t know how I feel about it.

TL;DR, it only works well if it’s done well.

I know you’re reading this right now, cause I just broke through the fourth wall!

If it’s done well in the right way, I just love it when a character interacts with the audience.

I think Bat-Mite is a good example or Booster Gold. I don’t really care for it when Harley does it. But I think I’m in the minority of that one

When it’s just trying to make jokes, it can sometimes get old. However, self-aware stories are so much fun.

Like Doom Patrol, Multiversity, or Image’s Crossover by Donny Cates (secretly hoping some DC characters grace those pages over the course of the series).

Eternity Girl is also a less known but really heartfelt and thoughtful example.

Any others that are good?

Additionally, DC’s Young Animal imprint had more options. Gerard Way’s Doom Patrol is great and leads into one of my favorite “events” in comics: Milk Wars.