What Are Your Thoughts On Hardware(Milestone comics)

Curtis Metcalf, genius prodigy who at the age of 12 years old met famous inventor Edwin Alva.
CEO of conglomerate Alva industries. Alva saw his potential and put Curtis under his tutelage to become the company’s most valued employee. 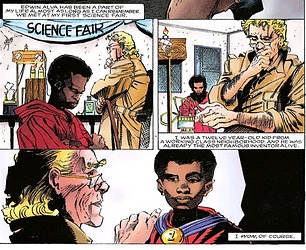 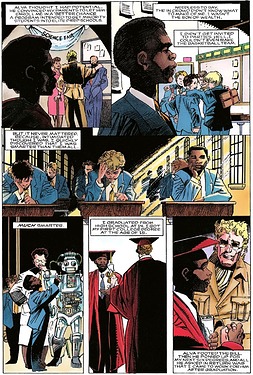 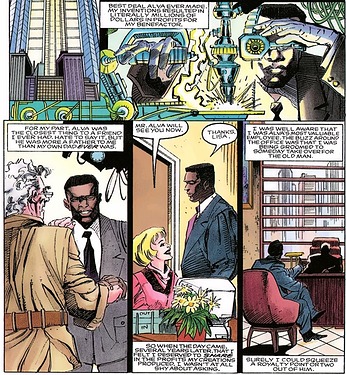 As a adult, given his reputation and profits made from his inventions he sought more of the share of the wealth gained from his creations. However, his employer/mentor/father figure, Edwin Alva rejected his request and denounced him in the most demeaning way. 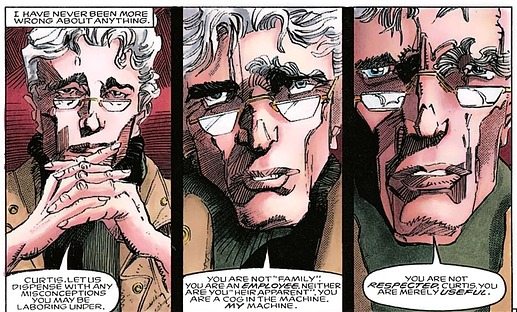 It would be soon he learned that his boss and Alva industries itself was enthralled in international crime. Curtis Metcalf, frustrated and angry with Alva and the injustices of his crimes felt convinced to use his genius and position at the company to tear it down from the inside as a high-powered vigilante known as Hardware. 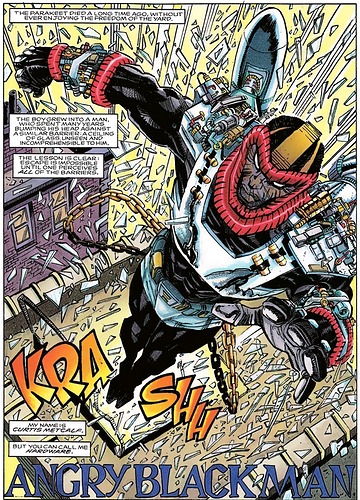 Hardware got introduced as one of the first heroes in the milestone imprint.
He was a armor-powered hero in the tradition of Iron Man, but given the reputation of the 90s era, occasionally stepped in the anti-hero territory.

The famous motto of his series afterwards being “First it was about Vengeance; Now it’s about Justice.”

While not as popular as other milestone heroes like Icon or Static Shock, Hardware 90s series actually lasted longer than most other milestone series before it went on hiatus and got incorporated in the main DC universe in the 2000s.

Recently Hardware and the other Milestone series came back in their own universe and with season 1 of most of the Milestone books ending soon, I wanted to know more about people opinion about Milestone most underrated hero.