What are you hopes for this year's crisis on infinite earths crossover?

What are you most looking forward to seeing and/or hope to see in this years crisis on infinite earths crossover? 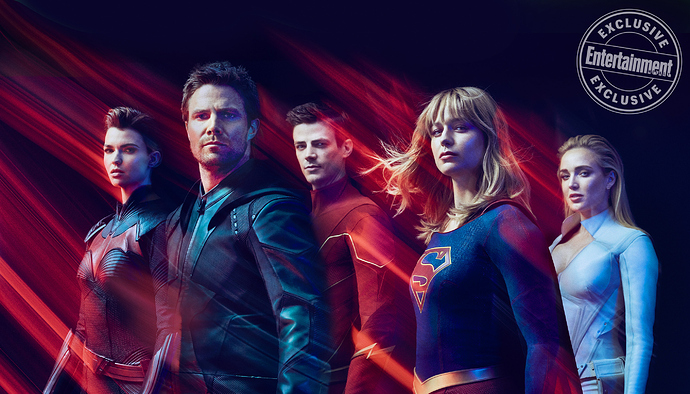 I’m really hoping to just see some of the more out there and weirder Earth’s that DC had created with Elseworlds or other properties. Events like this are really the only times they’ll get the chance to be portrayed in adaptations.

I’d like to see some voice actors from DC animated series play live action versions of their characters.

Everybody is familiar with the comic, so we know that Supergirl and Flash die, that can’t happen here, so what will be that heartbreaking moment where someone makes a sacrifice for the greater good. Could it be Diggle, Killer Frost, or someone out of the blue?

I’d like for the Arrowverse to acknowledge the other universes, ie. Smallville, DCEU, Titans, etc. Could be a great lead into “Worlds of DC”. It would also lend itself to fixing characters being recasted if necessary.

I would like to see as many of the older actors/actresses appear, I can live without the current Titans as they are the only show I dislike.

I’d love for it to reset the show completely and wipe out everything since season 2. The first season had such promise, even tho it had some things I didn’t like such as (Dinah) Laurel Lance being his childhood girlfriend - what is it with CW and childhood sweethearts? Not to mention Ollie cheating on her. Horrible idea! They topped it by fridging her, which I still can’t believe DC let them do. When the dust settles, it’d be great to have a reasonably comics accurate Green Arrow and Black Canary as a team and a couple.

Earthprimedirectives…I totally agree. The acting and writing has been cringe worthy the past few seasons on all the CW shows.

I hope we get some badass Superman action.