What are the Best Comic Books on this App?

DC Universe’s comic collection had grown immensely since it’s conception and and the comics in the collection are getting better and better. Instead of reading them all I’ve decided to all everyone what the best comic book stories are here, I’m looking for specific arcs, series, single issues anything (arcs/vol would be preferable) 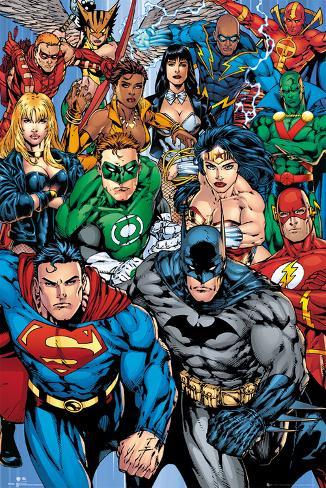 Detective Comics 472 to 476, by Engleheart and Rogers

Wonder Woman 2016 Year One, by Rucka and Scott

Wow. I didn’t know DCU had so many great comics. I’ve read a bunch of them on paper but wow. Definitely a recommendation for newbies

Especially with this most recent update, we have a ton of great stuff, but just from stuff I’ve read (and I didn’t read that many comics before I got DCU) :

Crisis on Infinite Earths is a new favorite of mine.

We now have all of Jack Kirby’s Fourth World stuff, too, and that’s all definitely brilliant.

I’m personally partial to the original runs of Nightwing and Birds of Prey, of which we have a substantial amount.

While we’re on the subject of Mark Waid, hot take: his JLA run is far better than Grant Morrison’s. Morrison had a more filled-out roster, but never did anything with it other than write action scenes. Waid had a kinda lopsided big-seven-plus-Plastic-Man lineup but really made it work.

Geoff Johns’ run on Green Lantern is up there with Waid’s Flash (though I actually enjoyed the Green Lantern Corps book that ran alongside it more - I believe most of that was written by Peter Tomasi).

While we’re on the subject of Waid, Morrison, and Johns (also Greg Rucka, but I still haven’t read most of his better-known work), 52 is really worth a read, though you might get lost if you’re not good with continuity. All four writers (or at least the ones whose work I’ve read) are major Silver Age buffs and use a ton of obscure characters and background details, so it’s easier to appreciate if you also are familiar with all of that.

The 1999 Titans series is an underrated great read (the latter 25 issues of the series’ 50-issue run kind of went off the deep end, but the first half, which is all we have at the moment, is excellent).

Oh! And Detective Comics #826! That’s been my favorite single issue so far.

I recently read Planetary and it was a great book. Can’t wait until we get more.

The 2011 series of Animal Man is very good

I laughed reading every issue of Super Sons and that is not an easy task.