Were Black Lighting and Katana Supposed To Be a Thing?

This is mostly discussing Brian Hill’s Batman and the Outsiders series from 2019, it’s a really good series, would absolutely recommend. Through the series it is implied and outright explicit whether they are interested in each other. 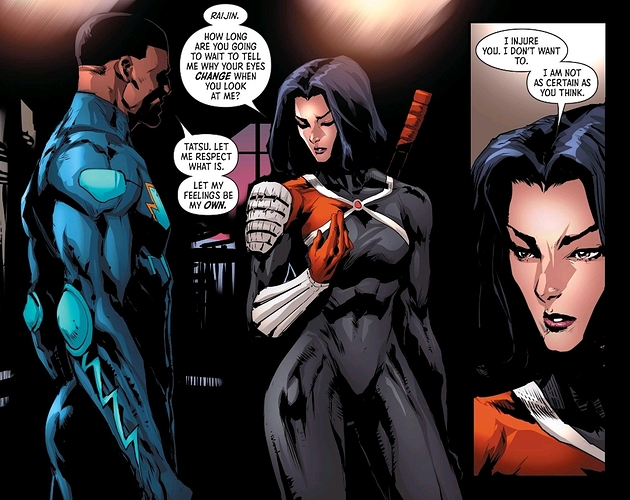 Now I actually really enjoy all the scenes of Black Lighting and Katana together, really brought my interests in Katana as a character and coming from a Black Lighting fan, I really enjoyed having him discuss the things he says mostly to himself in his own comics with other people especially other heroes. 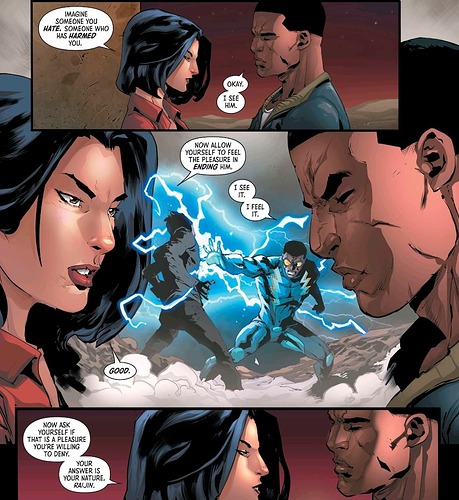 Screenshot_20221021_2356001079×1173 153 KB
It was different from what I usually seen from a relationship because whether it was going to become romantic or not. I could appreciate how close they were toward the end. 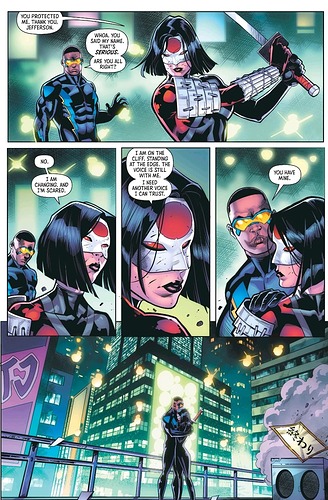 From the gecko, I assume from #1 that they were going to get together, maybe during the annual but they never did and that’s okay. I’m not sure if people would agree but I kinda like them together. 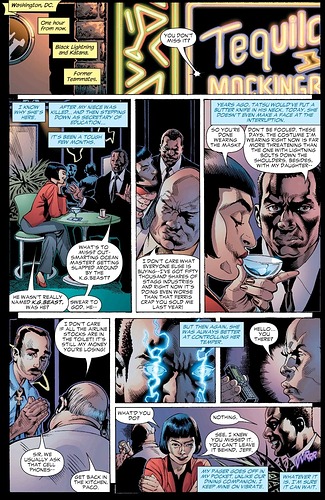 image1011×1551 304 KB
There is this exchange I like between the two in identity crisis #1
Nothing about this scene is romantic but I like it reflects a theme in Brian Hill’s version of Black Lighting’s character where anger is his motivator to bring justice while admitting Katana could bring a knife to people neck yet has a better check on her emotions.
Santo_Moonshine October 24, 2022, 6:45pm #3

I really like Katana. I need to read BATO and all the Outsider stuff she’s in. This has motivated me to take the plunge.