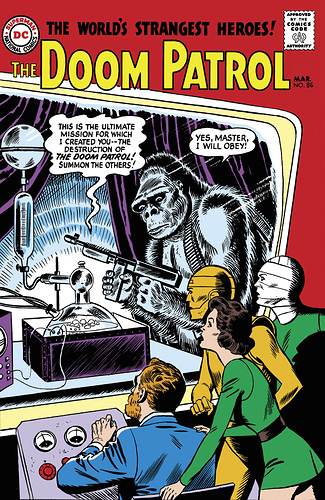 Welcome everyone to another weekly discussion of Doom Patrol Club! this week we’ll be discussing Issues #86-91, getting more into the beginning adventures of the group and having fun along the way!

Can be a favorite memory or anything! But I do want to hear from you on what you think about these 6 issues down below!

Awesome, part way through already. I feel like I’ve accomplished something.

I’m still on 86, but wtf Larry, vandalizing a pyramid to make a tacky present for his boss! 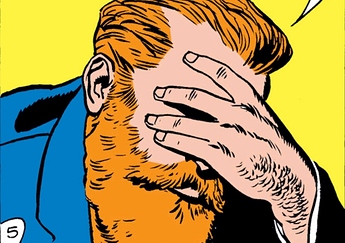 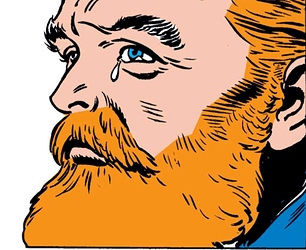 , Excited to hear your thoughts on it @biff_pow!

What’s wrong with a little vandalism and destruction of priceless historic places?

So, this only last a few more issues but I really like the team’s non-uniforms. Rita looks great in her green skirt and short brown boots. It makes for nice visuals. 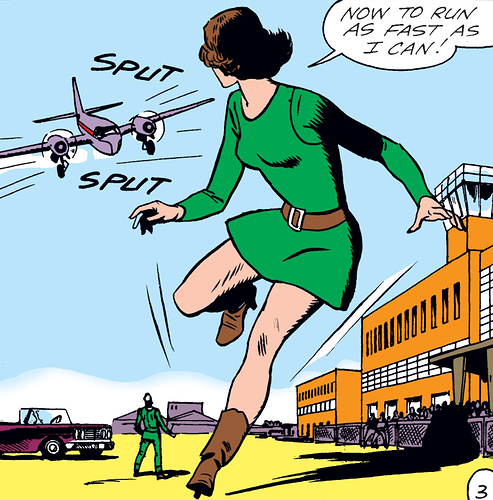 image1536×1555 1.27 MB
More importantly, I’m really taken by the soap opera/serialized story telling with subplots and everything. Rita’s feelings for Larry play out over a number of issues. 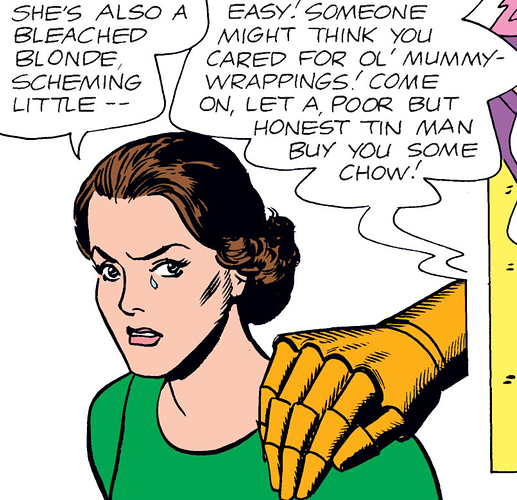 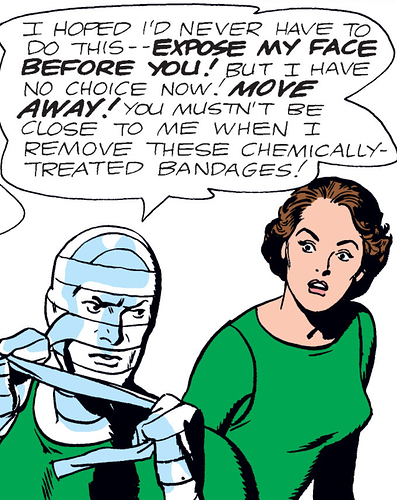 image1222×1536 962 KB
More sketchy action from the chief. His protege is experimenting by making two headed dogs! That’s not cool. And, it’s almost a Grant Morrison kind of thing. 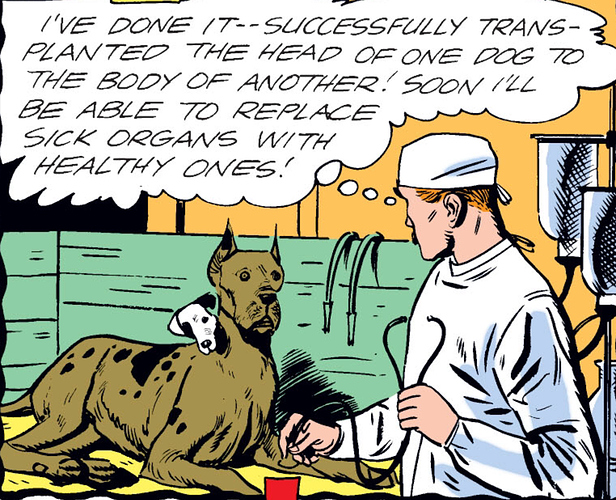 Okay, so giant single cell creature not the attack and Chief wants to show of his knowledge. 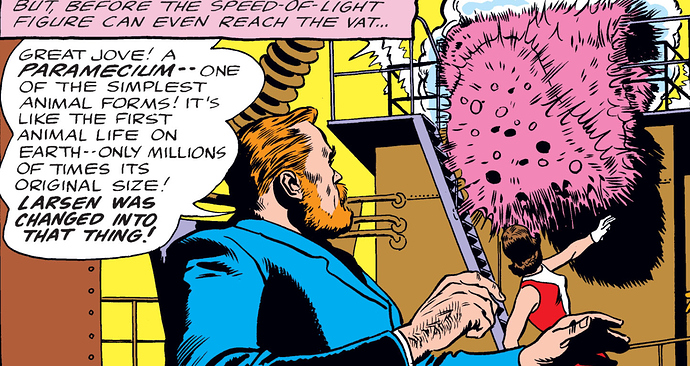 image1536×815 1.16 MB
Another thing I like that’s seen in multiple issues is the fact that the team are celebrities which makes total sense. 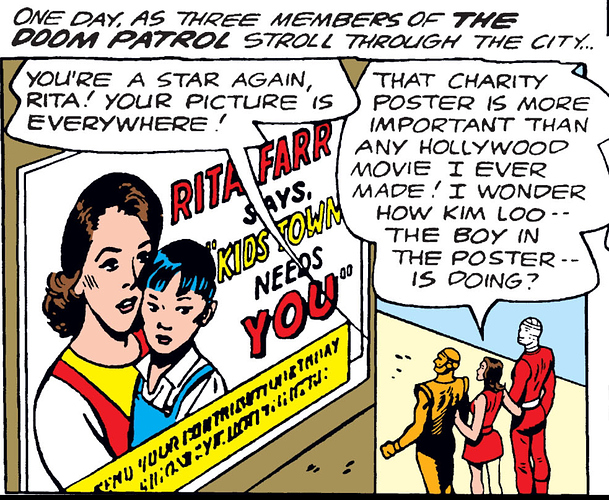 Yeah, I agree. The Chief has a morally ambitious goal with the group but the way he goes about it is… suspect. Thanks for the expanding thoughts on this @msgtv!

cosign all of @msgtv’s great observations!

it’s still befuddling how everyone patronizes rita even while rita’s doing most of the hero-ing. and it’s a real contrast to the Fantastic Four comics of the same era where Sue Storm’s pretty much a helpless damsel.

i love garguax for his weirdness. animal-vegetable-mineral man’s powers are pretty conventional, but his name puts him over the top. if he was created today he’d be called something boring and personality-free like “chimera” or “menagerie” or something.

the story where cliff has to fabricate tools out of his own limbs feels iconic! and then he defeats the villain by pinning him down under his limbless torso! that was really grim if you give it a moment’s thought.

and i wonder if mento was planned to be a villain from the start. he sure was unlikable immediately. (p.s. not a spoiler! i don’t know where his story’s heading in the comic)

Rita, hands down, best character in the book and the most successful hero. No damsel for our gal.
Animal-veggie-rock man is better than some boring modern name
Torso Cliff inspired Monty Python

True, I agree with both @msgtv and @biff_pow! Thanks for the thoughts on this!

I caught up to @biff_pow! No sound effect will triumph over me! By which I mean I read issue 91. So, Mento. 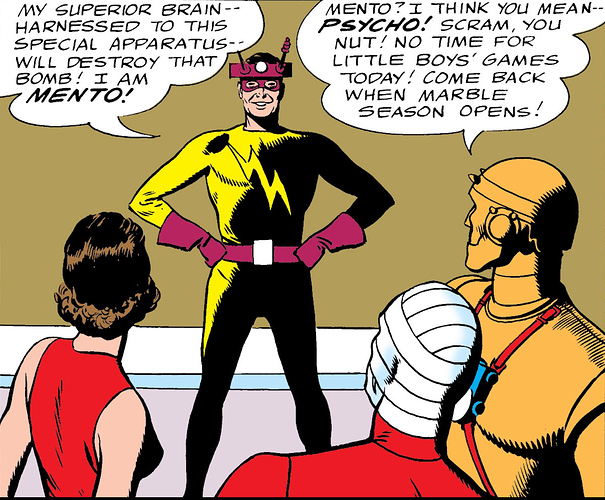 image1536×1268 1.08 MB
Don’t know if they intended him to be a full-on villain but it certainly is the logical follow-on to him being a complete butt-head. 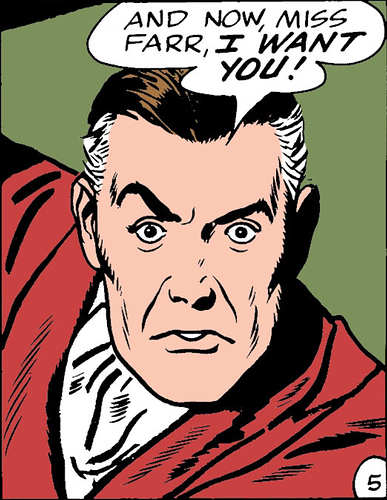 I’ve read my fair share Silver Age era stories in my years of comic book fandom, but I think I can say that this era of Doom Patrol is some of the best Silver Age comics I’ve read, especially from DC. They take the standard wacky/crazy stories from the era and amp it up, and add a small amount of subversive elements to it for it’s time. Rita is definitely one of the strongest female characters I’ve seen in any Silver Age story, with her own agency and goals, and all the other characters actually have a bit of depth to them.

One little nagging detail that bothers me of this era, and that’s how they draw Negative Man. By that, I mean Larry’s face being pretty much visible through the bandages. It just doesn’t look right, like I’m not looking at Negative Man, but a PG version of Hellraiser without the needles. 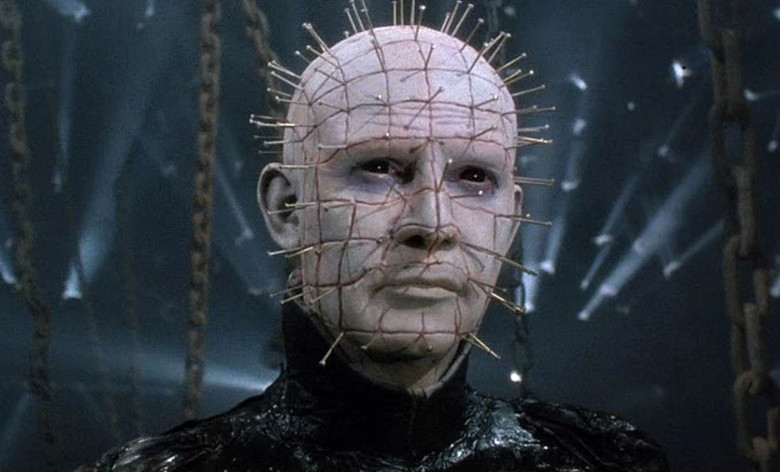 Rita looks great in her green skirt and short brown boots. It makes for nice visuals.

You say it’s a “non-uniform,” but I kind of figured that her belt buckle was meant to invoke a “D” for Doom Patrol. Speaking of Rita and her outfit, that is pretty bold of her, to be a character who can grow miles tall and in a mini-skirt.

But yeah, the fact they had no real uniform was interesting. Reminds me a bit of the very first issues of Fantastic Four.

More sketchy action from the chief. His protege is experimenting by making two headed dogs! … And, it’s almost a Grant Morrison kind of thing.

The interesting thing about that is that Drake was actually invoking real world events from the 50s, one of the more infamous experiments from Soviet Russia. 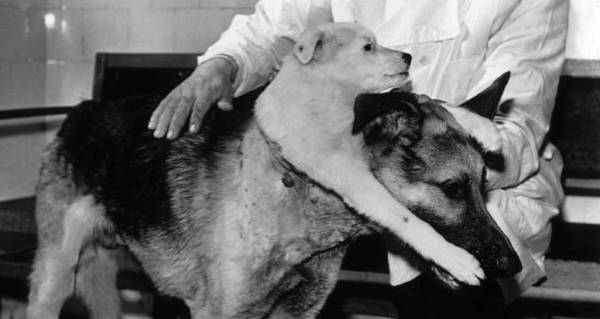 Though it's hard to believe that Soviet scientist Vladimir Demikhov actually made a two-headed dog, these surreal photos are the proof.

Quote from the article

Even setting aside the deaths of the canine subjects, the moral implications of Demikhov’s experiment are tricky

No they’re not chucklehead. No moral relativism here. It is immoral, wacky, evil, junk science.

A star-crossed romance for the ages! 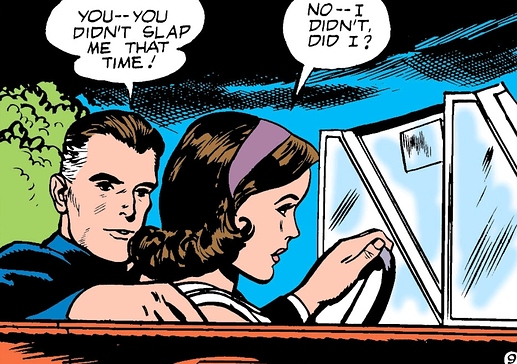 And that, kids, is how I met your mother.

Thanks for the thoughts on this @Jay_Kay! And yeah, zing!