WB/Discovery Cancellations Are Now Taking Effect! What Would You Like to See in the Future

The DCAMU is full of changing actors, characterization marches on, and dropped storylines. The main continuity is the same ugly art style. 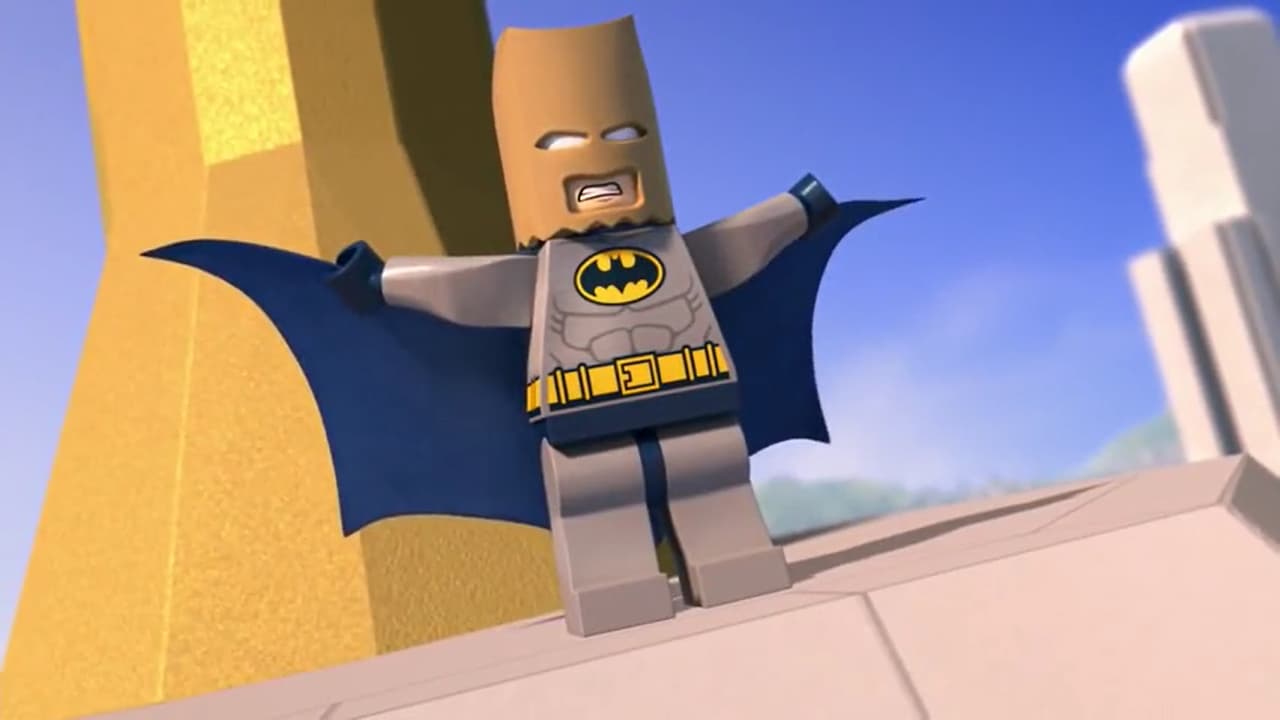 Do anything you like, DC, just please don’t cancel Doom Patrol or Harley Quinn!

How about an animated Wonder Woman series? I would love a WWII JSA series or set of films!!!

As i said in other posts I would also love a WWII series but i wouldn’t want it limited just to the JSA. I would like to see them integrate the entire Golden Age dcu into the series. Have them use not just the JSA but also the “weird war” of Dinasaur Island and the Creature Commandos as well as the metaphysical and magic characters. And while they’re at it revive some of the “regular” characters of the golden age. Like some of the police and detectives, adventurers and reporters that populated the backup strips of their comics. And that includes the companies they acquired. Heck, since they are in Public Domain; maybe even use some of the characters they had in their pulps imprint.

How about an animated Wonder Woman series?

I would love a WWII JSA series or set of films

or in modern era 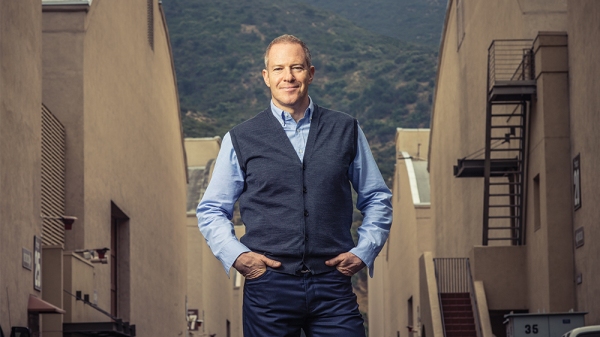 For Warner Bros., a Leadership Change, a Polo Lounge Lunch, and Nagging...

It was a public show of “no hard feelings.” On Friday, Toby Emmerich had a meal with Michael De Luca and Pamela Abdy at the Polo Lounge, a hub of deal-making and power lunches, in a move that was c…

The courtship of Watts means Walter Hamada, the current president of DC Films production, has an uncertain future, even though he remains under contract until 2023. Zaslav believes that DC is an under-utilized asset. He’s frustrated that its cinematic output has been inconsistent and that there hasn’t been sufficient long-term planning in terms of rolling out sequels and follow-ups to popular movies. Supporters of Hamada believe the executive hasn’t received enough credit. Under his leadership, the studio scored massive hits with “Aquaman” and “The Batman,” the latter earning the comic book label’s best reviews since Christopher Nolan’s “The Dark Knight.” They also note that DC has moved more aggressively into multi-platform storytelling, creating spinoff shows out of characters like Peacemaker and Penguin.

Whoever takes over the division will face challenges, including the fate of Superman. Henry Cavill, who played the part in “Man of Steel” and other films, is aging out of the role, and the studio has yet to finalize plans for the Superman film that was being developed with a script from acclaimed author Ta-Nehisi Coates.

It seems to me that they don’t really have a whole lot of options.

You have The Batman and it’s spin-offs. And you ride that until it’s done, and then you can start over. And that seems like the only real plan of action to me.

Otherwise, if they want to start over right now, you’re going to have to cast another Batman to go along with a new Superman. And that may be too many Batmans (Batmen) at one time.

So I think they’re just going to have to wait 5 or 10 years for Matt Reeves’ Batman to be done.

They rushed it the first time with Zack Snyder and it didn’t work. Surely they’re not going to try and rush it again.

True, the super-hero craze may be over in 5 or 10 years, but them’s the breaks, nothing lasts forever. Westerns were once all the rage (from maybe the 40s until about the 70s), now they rarely make any. Super-hero movies I suspect will suffer the same fate at some point.

So in other words: make the Ta-Nehisi Coates Superman now, and wait about 5 years to do a traditional Superman, and you can do a new Batman at that time too.

Welp, that was easy. 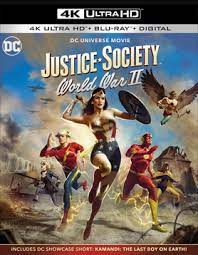 Unconfirmed rumors at this time so take it for what its worth. According to the Wrap site the new regime has ordered a halt to all Superman projects in the works while they reassess their future. It does not effect Superman and Lois though according to that same report.

Yeah, not trusting that.

There were definitely times where the CW shows went overboard with trying to hit the themes that they thought that their target audience would want. But I thought that they were more effective when they went the subtle route by presenting characters that represent these themes and through good storytelling letting us see through their eyes - like Sarah and Ava. I hope that they (and some of the other Legends) pop up in other shows sporadically.

As for new shows, I would like a Blue & Gold series. Zach Braff as Ted against Donald Faison’s Booster. They have the chemistry to make the show work and capture that Bwa-ha-ha Giffen era JLA humor.

Too bad there’s no chance of LoT in GK

I’m still wanting a Teen Titans series where their all adults. Or, the way they appear in TT vs The JL, the comics, TT the Judas Contract etc. They went with the children iterations of them. Then, they made another TT series & made them even younger? A show with them as they actually appear in almost every format, imho, would be a winner!?!?

Commenting a little late, but…

Unconfirmed rumors at this time so take it for what its worth. According to the Wrap site the new regime has ordered a halt to all Superman projects in the works while they reassess their future. It does not effect Superman and Lois though according to that same report. 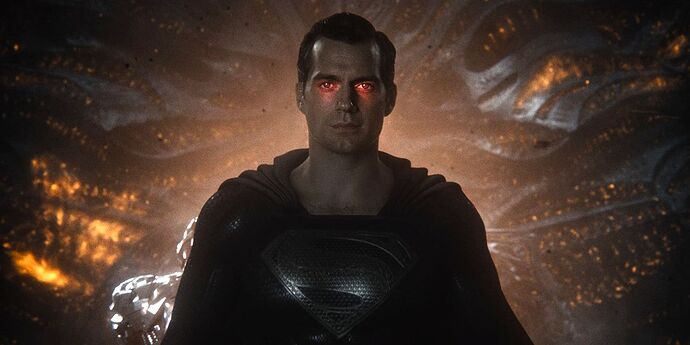 “If anything they’ll go back to individual movies unless De Luca has some plan. They need to get a f—ing Superman movie off the ground, and if the plan is a shared universe, a Cavill-led Superman needs to be the focal point. [They] should scratch every Superman project in development and start fresh with Cavill.”

Individual movies is the only thing out of that that makes any sense.

And any Henry Cavill anything just seems insane to me, and has little to no chance of happening. I mean, who gets a fourth shot at anything, especially considering that the first three times didn’t hit?

Three strikes and you’re out, and Cavill has basically been out since the Shazam mess.

If Henry Cavill had done a hit Superman movie, then yeah, I suppose there would be a possibility of him coming back. But everything he’s been involved with as Superman with Warner Bros. has been a headache.

And he’s not Ben Affleck. Ben Affleck Warner Bros. would bring back in a heartbeat, because he’s Ben Affleck and he’s won Oscars for Warner Bros… Henry Cavill is basically a nobody in comparison.

“Starting fresh” and “Henry Cavill”… ? No, not hardly.

Now, I don’t doubt that David Zaslav wants to make Superman work, but Henry Cavill in not the answer. Total reboot is the answer.

And finding someone to play Superman I don’t think would be that hard. No, the hard part is coming up with a story that will go over big. And they haven’t seem to be able to do that for the last 42 years.

I guess no one is Hollywood has a good Superman movie pitch. Or at least none that Warner Bros. wants to make – outside of JJ and Ta-Nehisi Coates, I guess.

The only thing that I can think of is adapting Paul Dini and Alex Ross’ SUPERMAN: PEACE ON EARTH.

But I doubt that story would go over big today, it may be looked upon as a little too hokey for today’s audience. And I guess he’s not really punching anyone in it either, so that’s not really a box office winner today – maybe it would need more Brainiac or something?

And I guess with SUPERMAN: PEACE ON EARTH you would need an actor of stature and screen presence to play that Superman. So I guess that would be a Superman role that would be next to impossible to cast.

I guess Warner Bros. should just stick to Batman movies – they know how to make those; those are pretty easy to do.

I still want a Wonder Twins project. Doesn’t even have to be a full length movie…how about a 4 part mini-series?

A show with them as they actually appear in almost every format, imho, would be a winner!?!?

And any Henry Cavill anything just seems insane to me, and has little to no chance of happening. I mean, who gets a fourth shot at anything, especially considering that the first three times didn’t hit?

I think the problem with MoS was Snyder, he hates Superman