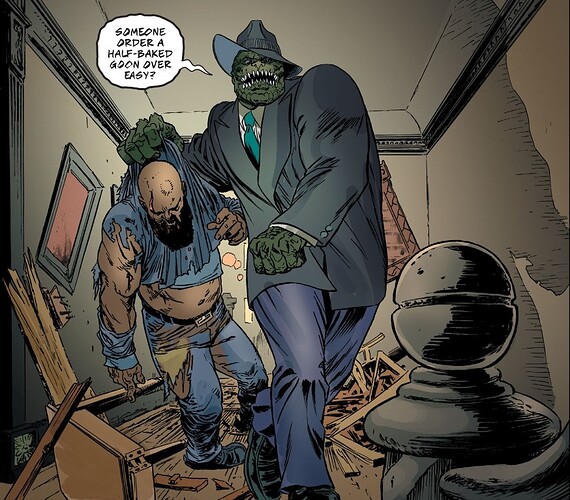 Killer_Croc_Prime_Earth_0093874×766 201 KB
Croc look very good on suit I wonder he doing for his seemingly assembling a new empire .In the past, he always wanted to be a symbol, especially after his tragic relationship with Enchantress, and he seems to be making new moves without actually getting stuck too deep into crime.
2 Likes
Rip_Rubbler April 4, 2021, 5:03pm #2

Croc also wore a suit in his very first appearance. I always thought it suited him as a character who doesn’t like his appearance. He should do it more.