Wow, a new standard has truly been set for not only superhero adaptations into TV shows, but any medium period. After watching the epic and crazy season finale and conclusion to Watchmen, this is a very high standard set for TV that many will now be only try to equal or top, but have a hard time doing so. Arguably one of the best shows and seasons ever. What’s the rest of your thoughts and do you think we get a season 2 or that’s it?

I never thought they would have tied everything up but they ■■■■■■■ did it. As much as I would love season 2, the only way it should happen is if all writers including Damon Lindelof return. If this is how it ends, I am happy and very satisfied.

As for the episode itself, I seriously thought she would fall in the pool.

do you think we get a season 2 or that’s it?

I kind of hope not. The series had a statement to make and made it. Sometimes it is better to let that be the legacy. (The BBC/ITV/Granada seem to understand this better than most US based tv producers.) There are plenty of examples where “going back to the well” dilutes the impact. It depends, HBOMAX is going to be seeing dollar signs and they may not want to pass on that cash, and I can understand that. But, HBO also has the ability to let it sit for a while, see if another strong idea relative to Watchmen germinates. It need not necessarily be a continuation. Another single season gem with a different spin might not be the worst idea.

Lubeman is apparently addressed in the Peteypedia stuff that’s on the HBO website.

I’m gonna go with @DeSade-acolyte on this one. I feel the story did what it set out to do. If they have a great story for a second one that’s worth telling go for it I guess. I ended up loving this show. I was on the fence after the first 2 but it quickly became my favorite show currently running. I just now finished the last eps. If they were going to do more it might be cool to get into a different time period than this one or just a different group to focus on. I am happy with the end though.

Personally, I’m trying to suss out my feelings on this and, honestly, not only did I find the finale kind of underwhelming, I feel like the show went downhill once Doctor Manhattan was introduced.

I mean, don’t get me wrong, Yahya did a great job playing the character, and last week’s episode focused on him was great on a technical level. But I feel like the addition of him took what was a compelling, personal mystery in Tulsa and turned into the blandest, most stereotypical superhero story – something that the original comics gleefully subverted.

I will say this, though, the idea of not only having Ozy being taken down for his crimes, but invoking the theme of Narcissus and having him ultimately being taken down by a “Looking Glass” was very clever, and a great way to give Wade closure and a good end to his arc.

Yeah I agree as much as I would love to see a Season 2, I also wouldn’t mind if this was how it ended. Especially if you do another one like I said they set such a high standard that everyone will want to strive for. That if you can’t top or come anywhere as close to this season, it wouldn’t make sense to do it again. Especially with the statement they were able to make too, as you stated. I didn’t think as @E-Dot said they would be able to fit everything into just one season and at only nine episodes too and not at least a full 10. But they were not only able to prove both of us and I’m sure many others wrong. But that you can still make a statement as you said if you really want to with the way they worked everything out.

I know what you mean with the last eps. kinda. I was expecting more. I don’t what though, they did wrap everything up. but given how the last few eps. have been it felt…IDK. I actually really liked the eps. with Dr. M. my 3 favorite were probably the one with him and abar, Looking Glass, and the Hooded Justice one. The one with him and abar was great though, I thought they did a really good job with the story telling, jumping back and forth while still having you be able to follow along.

I was actually reading up on that

before i came back to the community page

I could do a giant Thesis on the Social allegories and symbolism on this show.

I will admit a ton of curveballs i did not see, Treue’s origin story being among the surprises.

I think the BEST line in the finalie is a sentiment that can apply to a LOT of people in this world.

“With that kind of power, he coulda done more” -Will Reeves aka Hooded Justice.

I mean, don’t get me wrong, Yahya did a great job playing the character, and last week’s episode focused on him was great on a technical level. But I feel like the addition of him took what was a compelling, personal mystery in Tulsa and turned into the blandest, most stereotypical superhero story – something that the original comics gleefully subverted.

The original Watchmen wasn’t a mystery graphic novel though. Well, for me it wasn’t and I can’t speak for everyone else.

Even in the episode and one of my favorite quote was when Adrian Veidt said “You can’t heal under a mask. Wounds need air.” or something like that. Every major character wasn’t wearing any mask by the end and how can any one forget - 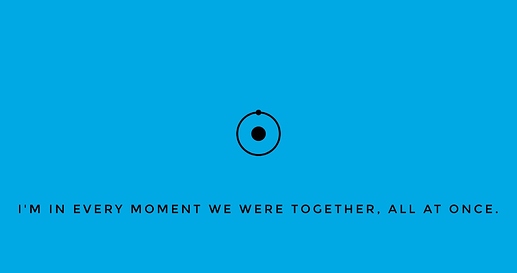 Dr. M became a human and tied his arc on the best possible way.

The comic was absolutely a mystery story. It all came from Rorschach investigating who killed The Comedian, but the solving of that crime unraveled a much bigger conspiracy around Ozymandias. Similarly, Sister Night is investigating the murder of Sheriff Crawford, and that unraveled a mystery involving white supremacists, and her own familial origins.

I just finished a binge-re watch.

Man, there is a LOT of egg breaking in this show.

Both literally AND symbolically

I loved this show. I kind of hope they don’t do a second season. This season just wrapped up so nicely. The only thing that would be interesting would be a second season focusing on totally different characters than this season.

I liked the idea of Adrian paying for what he did. I also liked the loss of Dr Manhattan. Even if his powers might end up somewhere else. I didn’t like Angela just forgiving Reeves and letting him stay with her. But overall it was great and a perfect stand alone show, with no real need for more episodes.

I loved this show. I kind of hope they don’t do a second season. This season just wrapped up so nicely. The only thing that would be interesting would be a second season focusing on totally different characters than this season.

I kind of feel about it the same way I feel about a Joker sequel. If the people involved decide they have a killer idea for a second season, great. If they decide that’s all they want to do with the project, that’s okay too.

Yep, that’s so true and with a lot of the times we live in today (internet age) where people put out a lot of content. Some tend to forget that a high quantity doesn’t always equal quality. Very high quality could be better than if you put out too much quantity that isn’t all high quality.

I agree it goes back to what I said about quality a lot of times being better than a high quantity. Unless it’s a rare instance within music where somebody like DJ Muggs over the past several years or even Eto or Griselda have been able to put a high quantity of stuff and it virtually all be of high quality. But on another hand that isn’t always the case too, as evidence from some other rappers or other music artists that have put out tons of content/quantity, but it not always be of high quality.