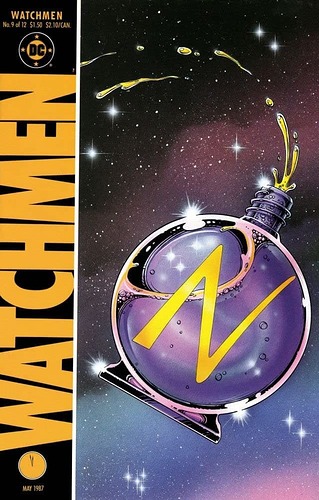 Onto the good stuff:

That’s the journal entry for the 35th anniversary this week. Get your rear to Mars and enjoy the view.

Just got the link here from @Vroom. I didn’t even realize it was an anniversary. I just decided to read Before Watchmen along with Watchmen the graphic novel. It’s awesome this way, even tho literally everyone said don’t do it that way. I say why not? It’s amazing!!! Just did this one, well, I’m on chapter 10 so almost done. 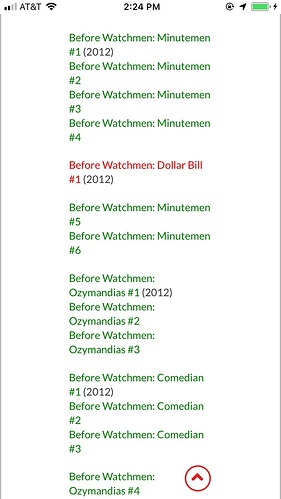 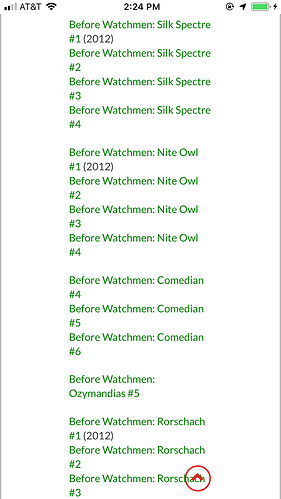 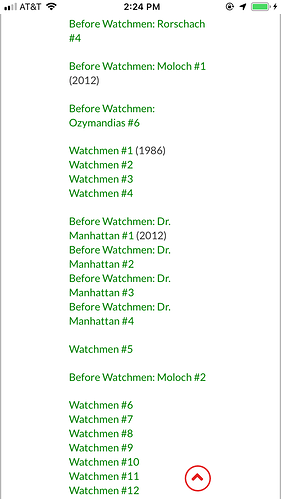 See, now you’ll need to re-read Before Watchmen after reading Watchmen, so as to pick up on clues and such that you may not have caught the first go-around.

It’s like watching the Star Wars prequels before the classic movies: You’ll miss out on certain things in the classic movies that the prequels are hinting at, but when you watch them as produced, then you’ll see the extra little bits and bolts that you may not have noticed the first time around.

As a fan of Before Watchmen, I say any excuse to go back to it is a good one.

It’s actually working out perfectly. All the things I was like wait a minute that’s confusing. We’re cleared up in Before Watchmen for me. Now just 3 chapters and I’m done. Then movie and series rewatch and all set for test me on Watchmen trivia lol.

Well, hold out for the movie WAL, if you can. That will be sometime in December, so long as schedules work as I hope they will.

Just finished Watchmen along with the Before Watchmen reading order above. The librarian I usually get knows I read fast. The 1st x I returned a book she said- U didn’t like it?- I said no I loved it why? She said, I just assumed u didn’t finish it lol. This one was same way. I got it 3 days ago. Only read maybe 4hrs a day. Today I read from 1:30-7:15 by far the most since I borrowed it. But I was also dropping things on Musical References & Fun Real References while reading. This librarian said- u know u have til November 3rd & u can extend that another 2 weeks by calling in. I said, oh I already read it lol. She’ll get accustomed to me eventually…

Your librarian must have a problem with those of us who read fast.

Bake her a cake and bring it in when you see her next.

Haha. She’s new. My regular gave me All Star Superman the movie for free. I returned it & she said there’s smudges on this do u want it? Ummm. Yes absolutely!!! Works just fine. She said I’m ordering a new one u can keep that!! Go librarians!!!

Well, now you must bake her a cake!

Or just buy her a really nice cake from your food jobber’s bakery.

Bake a cake that looks like a nice, thick, resource tome.

That way, it will be her resource of cake!

If you’re feeling particularly adventurous, bake one that looks like a card catalog, or a microfiche reader (whose technical name escapes me, ATM).

The theme of this issue is time. Jon goes on to say that “Time is simultaneous, an intricately structured jewel that humans insist on viewing one edge at a time, when the whole design is visible in every facet.” What are your thoughts on how Jon perceives time?

Well, I don’t think it’s really our fault that we view it this way. That’s just how our brains work. But yes, there’s no question that’s how time works. Another brilliant example of “god explains time in a way our tiny brains can understand” is the Doctor Who episode “The Pilot”:

“Imagine if time happened all at once. Every moment of your life laid out around you… like a city. Streets full of buildings made of days. The day you were born. The day you die. The day you fall in love. The day that love ends. A whole city built from triumph and heartbreak and boredom and laughter and cutting your toenails. It’s the best place you will ever be. Time is a structure relative to ourselves. Time is the space made by our lives. Where we stand together forever.
Time
And
Relative
Dimension
In
Space.
It means ‘life’.”

But writing it down doesn’t do it justice. Whatever you’re picturing, it’s better.

Jon and Laurie’s time on Mars is the main focus of the issue, with their time on the planet also having been featured in the Watchmen movie. What are your thoughts on each iteration of the scene and how they relate to the story being told in their respective medium?

Through flashbacks, this issue goes into Edward Blake’s past, including one scene where he gets a well-earned drink to the face from Laurie. In seeing more of Edward’s interaction with other characters prior to his death, how does this further shape your perception of him?

Well, obviously, there’s no excuse for what he did. But yes, I do feel a little sorry for him. Moore’s poor record on women takes away some of his credibility on this issue, so that’s a whole other point. I don’t know. I don’t know the answer to any of these big questions, and that’s sort of the point. As Dave Gibbons put it in 2013:

With no attempt to shovel the glimpse

Into the ditch of what each one means."

He said that! Google it!

Anything else that comes to your mind, dear reader.

The Comedian was partly inspired by a combination of Christopher Smith/Peacemaker, Dirty Hannah, The A-Team’s Hannibal, and most interesting for me as a mega Marvel fan, Nick Fury, while Laurie was based on both Eve Eden/Nightshade and Dinah Laurel Lance/Black Canary. So I strongly recommend reading Watchmen and Doomsday Clock, especially this issue, imagining the voices of Samuel L. Jackson and Katie Cassidy Rodgers. It is incredible.

Oh, new thought, does the idea of Nostalgia as a perfume make anyone else think of Twenty One Pilots’s “Stressed Out”:

“Sometimes a certain smell
Will take me back
To when I was young.
How come I’m never able
To identify
Where it’s coming from?
I’d make a candle out of it
If I ever found it,
Try to sell it,
Never sell out of it,
I’d probably only sell one.
But it’d remind us
Of when nothing really mattered
Out of student loans and treehouse homes
We all would choose the latter.”

I took your advice except I bought donuts for my librarian. Was rewarded with good karma. Had a great day at the library 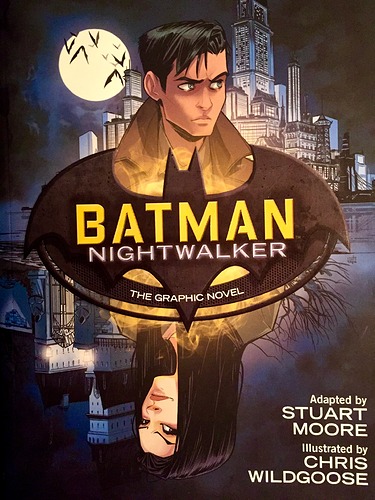 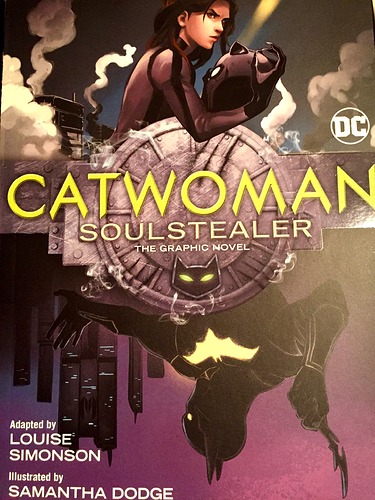 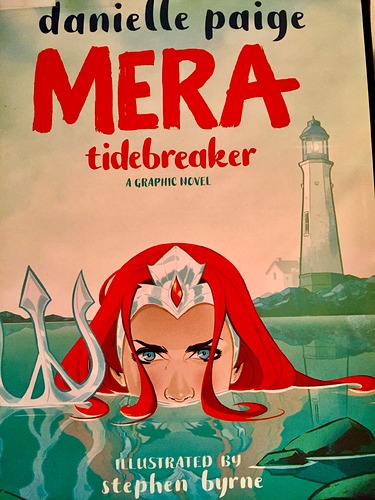 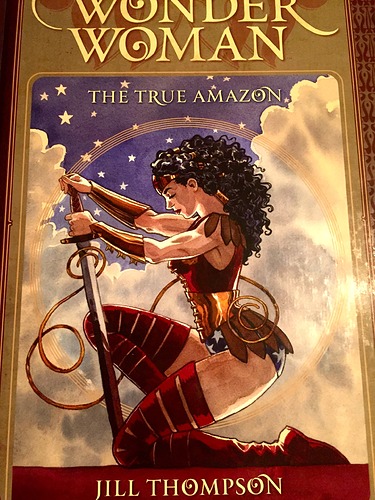 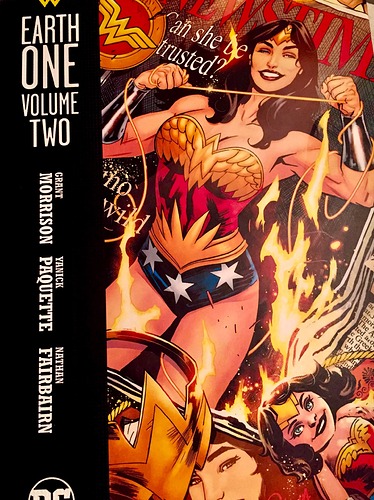 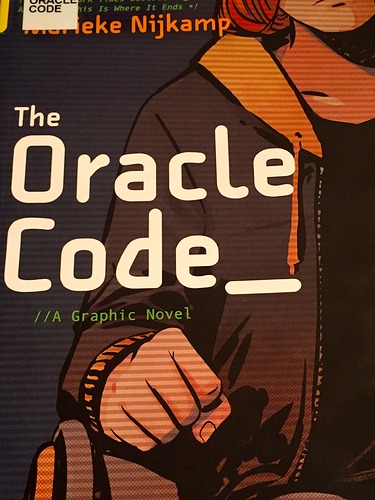 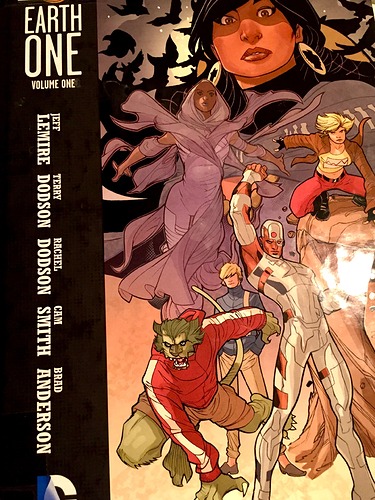