Cool! Now you can say that you’ve seen two different movie studios in-person, and at the same time.

Yeah lol. I’m going on the WB studio tours later this week too

Check out the WB Studio Store (which is next to a Central Perk-themed cafe) after the tour, as they have some sweet merch.

Cool, hope you have a great time! 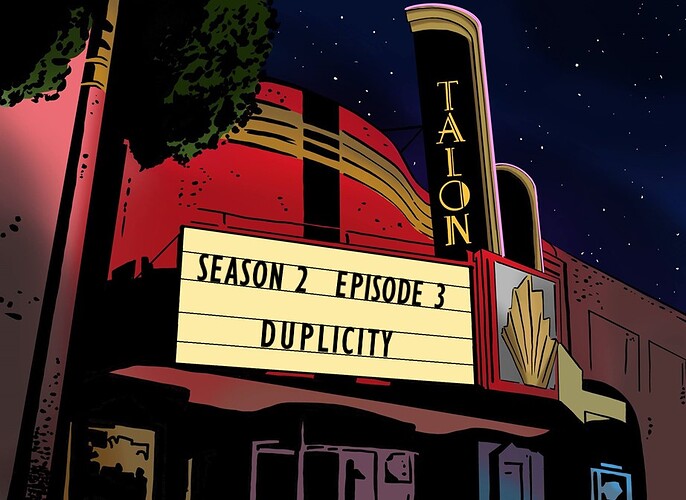 Given that this week’s episode is titled Duplicity, we really should do a WAL for Multiplicity, o’er in the Iceberg Lounge.

Afterall, Batman (Keaton) and Justice League Action’s Brainiac (John DeLancie) are in it, so it has some DC relevancy, and therefore counts.

I’ve never seen it but I’ve heard of it! It sounds like the perfect pairing!

@Vroom that’s later in episode 9 ‘Dichotic’ when we see more then one of a same person who happen to be a villain.
This episode is when Doctor Hamilton goes nuts.

@Bar-El Multiplicity is hilarious. Its one of the few comedies I’ve seen in a theater where I laughed myself silly to where I had tears in my eyes from so much laughter.

“We shave him when he sleeps.”

When you see the movie, you’ll get what Batman meant by that.

This episode is when Doctor Hamilton goes nuts.

Ah-ha, that’s right (its been a long time since I’ve seen season 2)!

Shadows of how Emil went cuckoo in Adventures of Superman as Ruin, during Greg Rucka’s run.

Don’t get abducted! We’ll see you all tonight!

I will definitely be back for next week’s episode, however. Guaranteed.

Hope you’ll make it for next week watch along which is one of my favorite episode from Season 2, and hopefully make it to Batman The Animated Series Watch Along also.

I really wanted to make BTAS this week, since it was Two-Face’s DCAU intro. As that’s my favorite on-screen take of my fav Batman villain, it would have been fun, but…work said otherwise.

As Han Solo once said, “There’ll be another time.”

Speaking of Watch-Alongs for animated schtuff, you and @Bar-El (along with everyone else, really) are cordially invited to this 22 minutes and change party, every Thursday afternoon.

Okay, time for a snack and a nap.

Have fun at the WAL, friends!

I understand and beside your job is most important, anyway have a great rest of your day @Vroom!

Reminding myself to count knockouts and cars! I get so enamored with the episode I forget!

Dr. Hamilton has the same twitches as Earl! He and Lex aren’t getting along anymore…