Each Saturday at 12:00 AM we will host a Watch Party for each episode of season 1! Find the full schedule here! 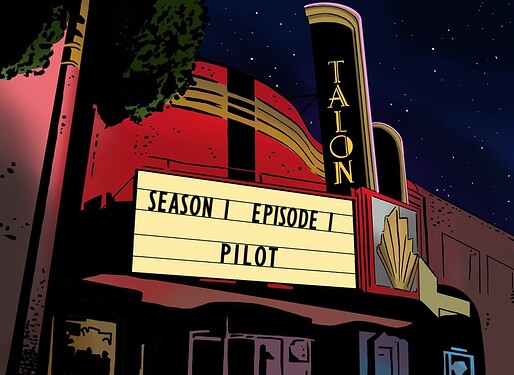 Are you a seasoned Smallville fan and want to discuss this episode including spoilers? Visit our other club discussion threads anytime to chat about this episode in the context of the entire series run.

I’m looking forward to this!

I recently rewatched the pilot a month or two back to begin my own re-watch of the show, but then the super Smallville Fan Club came about, and made me hold off on said re-watch, in favor of re-experiencing the whole shebang among my fellow fans instead.

Now that the time to begin is finally nearing,

Cool! I can’t guarentee that I’ll be here every week (hell, I’ll only be here on this one because I took time off work for FanDome

) but I’ll definitely try to be for the start.

No worries! You can always follow our schedule on a different day of the week and leave your thoughts on the episode in each thread. As long as you don’t post prior to our WAL and spoil anything

We would love to hear your thoughts!

Hmm, that’s not a bad idea – though I don’t think I can do post after post because there’s a limit to how many posts you can make in a row in a thread. Maybe I can just put my thoughts in one post? I could maybe do that for other WALs I missed too…

Looking forward to this! October 16 is going to be a very busy day!

It’s going to bursting with Superman-related WALs, that’s for sure.

@Jurisdiction make sure to bookmark this one! We’re starting this Saturday!

Saturday is almost here! Let’s get an idea of what our audience looks like!

Have you watched Smallville?

I’ve been trying to watch it for years, but just got Hulu now. Now I’m on season 6 soooo

yea I did the same thing! I was staying up late flying through the series lmao

I watched some of it, but not all of it. I got in a couple of seasons in and stopped watching consistently a couple seasons before it ended. I do remember coming back for certain episodes that had big guest appearances, specifically the JSA.

Yo those episodes were so well done! We will have to do a watch of them at some point for sure.

I’m here and the WAL for S1 E1 of Smallville is finally today!

This show came along at a time in my life when I was too busy with everything else. I didn’t watch it then and have never gone back to watch it since so I am fresh out of the cornfield, as the poll says. I’ve never seen an episode and remember nothing of the show at all so I am really looking forward to these watchalongs and getting to watch it with a bunch of people who are DC fans like me.

Going to get some sleep now before FanDome, then a nap and then I’ll be back on here ready to hit play with y’all!

Well greenhorn, we are beyond excited to introduce you!!!

…and I just had to walk away from DC FanDome to avoid Smallville spoilers twenty years after the show premiered!

Hey @Bar-El and everybody, hope you guys got to watch DC Fandome, they had a nice tribute of Smallville, celebrating 20 years!