She’s blonde! She wears a sort of running suit! She has a stick! What else? I don’t know! Let’s find out!

If this is your first Watch-Along, here’s how it works: on Sunday, May 12th, queue up Wonder Woman 1974 on whatever device you use to watch DC Universe streaming content, and the moment your clock strikes the 9am PST/12pm EST hour, LET 'ER RIP by pressing play! Then watch it unfold with your fellow members and comment with us, live, here in this very thread!

Everyone is welcome! Everyone gets a printable commemorative certificate at the end, provided by me, Bifford K. Powington! So come! Watch! Chit! Chat! Be therrrrrrre!

(Thanks to @HubCityQuestion and @Vroom!) 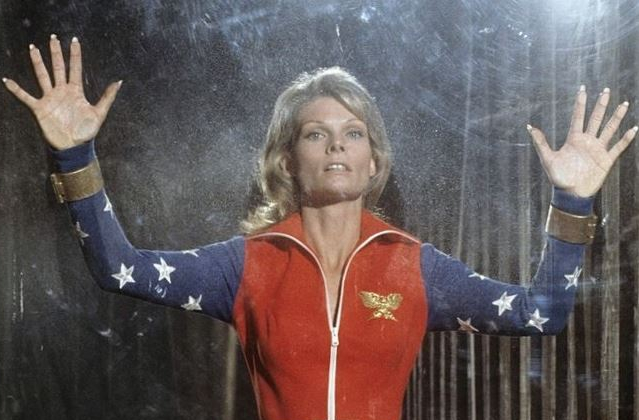 Sorry there’s no custom graphic. I really wanted to use the Whataburger logo and see if anyone noticed.

Get out out from under, Whataburger!!!

Omg I didn’t even realize they have the same number of syllables til you sang it. I’m going to sing every time I ever go to Whataburger again.

I submitted it, it just takes a little while!

On the subject of Whataburger, I’ve been there twice. Once in spring 1997 after seeing the entire Star Wars Special Edition Trilogy on the big screen and then in 2006 when I worked in an office and could take a long lunch break.

Can’t say it was all that impressive either time. The first time was because it was near midnight and nobody else was open, while the second was because it was close to my office and I didn’t feel like navigating lunch time traffic.

Batman, The Green Hornet, Wonder Woman…Dozier sure liked his super heroes it seems.

He had a great voice too. He was the narrator on Batman and for the opening of The Green Hornet.

@Biff-pow But it does feature Nova from Planet of the Apes!

@Vroom yeah, I think William Dozier might be the voice of my inner monologue.

@Misfit okay, it does have that going for it. And a slide whistle! Honestly it kinda reminds me of a Jay Ward cartoon.

Hoping I get to join along tomorrow!

See you all in 5 hours! But I’ll watch it alone and talk to myself if I have to! I’m just crazy enough to do it!

I hope I can make it to this one. I wanted to go to the Constantine one, but then I decided that I wanted to sleep more.

As always, I vow to stay with you until my choppy internet cuts out!