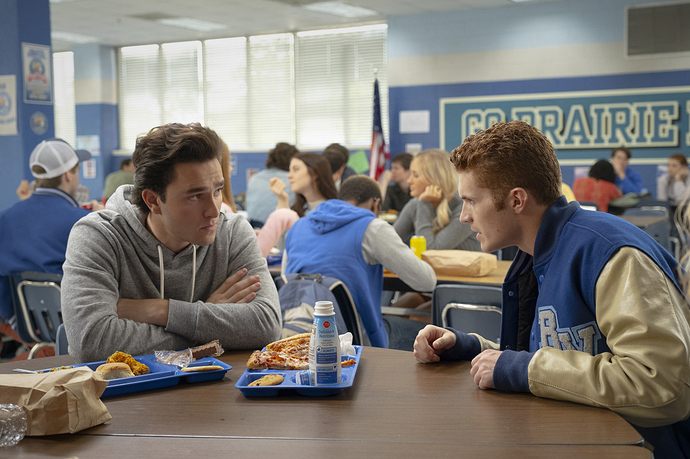 Last week’s episode offered us a ton of insight into the mind of Brainwave, starting with how he discovered his powers during a robbery and end up killing the robber.

Pat revealed he was originally part of a group called ‘The Seven Soldiers of Victory’ to defeat Dr. Ito, who he believes he is still alive.

But the real shocking moments came near the end when Barb finally discovered Pat and Courtney with the Cosmic Staff!

Then, after Brainwave’s attorney shows up wanting Henry to remove his father from life support for money, Henry freaks out and kills him, simultaneously as Brainwave wakes up!

Where: Right here on the forums! In this thread! In the comments below! Maybe on your phone! But also, you’ll be watching Stargirl on a big screen. So there, too.

Only 4 episodes are left! It’s been a great season, it’s going to be hard to wait for season 2! I just hope all the cast and crew stay healthy and be careful when they film season 2 without any problem like the terrible coronavirus.

I won’t be able to join you for this. However I just saw it and I was left stunned. Save an applause for Henry/Brainwave Jr. He did what I wanted him to do.

I will be there tonight!

I’m so excited for this

What would happen if I spoil the ending? Should I risk it?

I’m kidding I won’t, if I did the Moderator would Banned me and I may never return, it’s not worth the risk!

More importantly you might make the viewing experience less special for a fellow fan- that’s the kind of thing you NEVER want to do!

Anyway, I can’t believe there’s 3 more episodes left after this, it has been the most enjoyable season I’ve ever watch on DC Universe.

I’m very excited for tonight- it’s going to be the first time I’m doing a Watch-Along on my big screen! I finally caved and got a Roku stick.

Cool, Have fun watching on your big screen.

let me just say this episode felt like a Season Finale episode.

This was my exact thought

just needs an exclamation point and a sad face
Also, so excited for you to watch tonight’s episode on the big screen!

If anybody is on Instagram, please watch out for BrecBassinger0090, this person is a scammer, and almost scam me when I foolishly thought this was the real Brec Bassinger.

I’m on my Roku! It’s the beginning of a new era!

I’m so excited to see it in full screen, I’ve been doing WALs on 2 computer screens!

Either a Roku or Fire Stick is a must have!