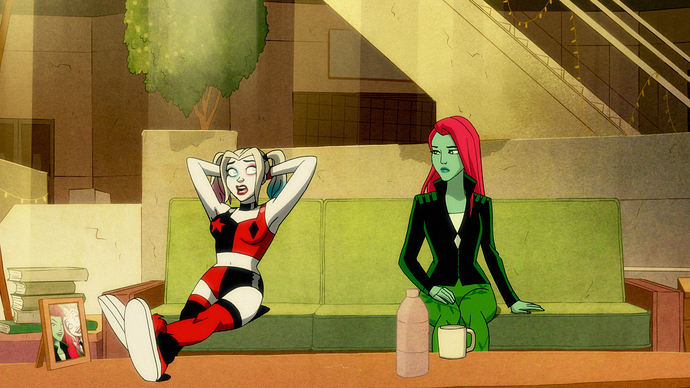 Last week’s episode was EXPLOSIVE! We had BFF loyalty with Ivy refusing to let Harley take all of the blame for the death of Penguin

. We had an amazing emotional monologue from Ivy that touched all of our hearts. We had self-sacrificing love from Harley as she swan-dived back into the Pit to make sure Ivy could escape and live her best life and the, dare I say, heroic rescue of Harley from Ivy from said swan-dive. But all of that pales in comparison of the final minutes of the episode - when it FINALLY happened! The long-awaited first kiss of Harley and Ivy!

Now that it happened, will things change between our two BFFs or will they just brush it off to the high emotions of the escape? And, if they do brush it off, how will Harley react? I think it’s safe to say that she won’t take it well…

Where : Right here on the forums! In this thread! In the comments below! Maybe on your phone! But also, you’ll be watching Harley Quinn on a big screen. So there, too.

Can’t wait to watch with you guys

I just got the DC app on my tablet and discovered the community. Can’t wait to watch along!

Fridays are the highlight of my week def worth joining

I started getting into this show to be apart of WALs and glad I did! Look forward to being around for this

I love this show so much. Harley Quinn media has been AMAZING recently. From the “Harleen” comic to this show I’m lving. I’ve been saying a lot recently that Harley Quinn may not be the hero we NEED, but she’s the clown queen of chaos we’ve GOT in these uncertain times. And we’re in good hands

My drag aesthetic is heavily influenced by Harley Quinn as well, being a fellow “janky A$$ clown with bad eye makeup”. I’m trying to earn those DC points so I can get the statue of her with the baseball bat!!

Here’s me as Harley in Boystown Chicago before the service industry shut down. And, I just bought like 150$ worth of drag for Harley on amazon yesterday and gonna do my twist on this animated show’s Harley when the bars open back up that I’ll share with everyone 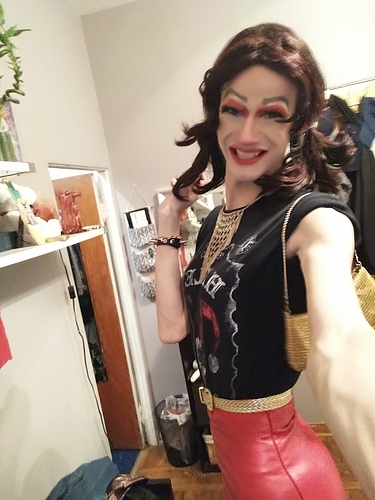 Welcome to the Community! So glad you’re going to join us tonight. We always have a blast!

I can’t wait to see your twist on Harley TAS!

Hope to see you tonight at the Watch-Along!

Is this the thread where the watch-along is occurring? Or should we be on the lookout for a new thread at that time?

The watch-a-long will be right here in this thread @KaigetaTheGreat. @Pretty.Poison.Bombshell is the amazing host and will be here to throw popcorn at unsuspecting participants.

Im going to get you and @Darkchimichanga mixed up—I can tell already. (Excellent avatars btw) See you both tonight!! I can’t wait!!

Thanks again! You’re all over the forum today! XD

the last 2 episodes made me sad… I think most of us have been on a similar situation at least once in this life.

I’ll try. I started the episode this morning, but I didn’t finish.

Not if I fix it first

That is an excellent new pic @Darkchimichanga !! I