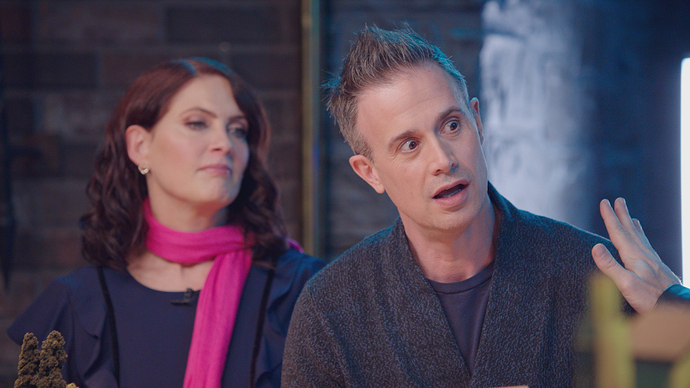 Then, join us for the special S1, E6 Finale episode of DC Universe All-Star Games! We’ll finally get all the details of how and why some of our favorite heroes are moonlighting as high school students.

Who: You, silly!
What: DC Universe All-Star Games, Season 1, Episode 6
Where : Right here on the forums! In this thread! In the comments below! Maybe on your phone! But also, you’ll be watching DC Universe All-Star Games on a big screen. So there, too.
When:: Friday, April 3rd, at 6p PST/9p EST
Why: Because the community that geeks out together, stays together.
How: Great question- read below!

Here and ready to party!

While we wait, check out this playlist I put together for the show. And while you’re at it, go submit your own playlist suggestions in the Monday Mixtape segment for the show as well!

Hey everyone! We’ve got about 20 minutes until showtime!

Just over 5 minutes to go!

Well, hai there! Haven’t seen y’all in a whole minute!

Thanks for joining me on this wild night of WALs!

So, are we READY for this epic finale?

Get those play button fingers SET!

Yes! I’m loving this show and the cast, I hope they return for season 2

I’ll never get tired of that opening title.

I love all the 80s stuff

The most epic super breath ever.

That was a great roll!

FPJ is about to destroy

ICYMI: We actually released the stat cards and GM Screen earlier today, so you can create your own storyline!

[image] As the first season of DC Universe All-Star Games comes to a dramatic close, we are sad that it’s over. Many of our members have been asking for information on the game so they can play it at home. While we can’t supply everyone with their own copy of DC Heroes, we can do a little something. So, without further ado, please find below all of the GM and Player information that was used this season!

Hey @Reaganfan78! Glad you are here!