Not a lot of concrete information, but it sounds like with the new merger with Warner Bros and Discovery, the new leadership is talking about “content vertical” integration at DC, which I take to mean something sort of like what Marvel Studios is in relation to Disney as a whole. They’ve also talked about working with characters that they’ve felt have been languishing in recent years, specifically mentioning Superman.

Again, there’s no confirmation of anything official yet, but I guess this is a sign that we’re going to get some big DC Entertainment news moving foward. 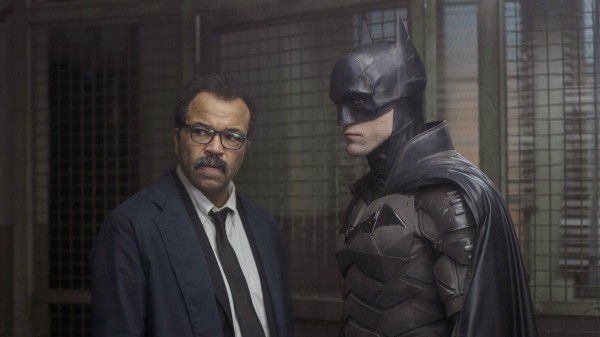 The new owners of all things Batman, Superman and Wonder Woman are exploring an overhaul of DC Entertainment, multiple sources close to the situation told Variety. It’s been less than a week …

Good luck to David Vaslav. Finding a DC version of Kevin Feige will be difficult. The article mentioned…

Before the merger closed, Zaslav vetted candidates with experience in creating and nurturing blockbuster intellectual property with a goal of potentially finding someone to serve as a creative and strategic czar similar to what Marvel has in Kevin Feige.

…which sounds like an executive who has to justify their position which leads to meddling or hostility to Comic Book Movies.

Kevin Feige started out as an Associate Producer on X-Men and worked his way up. That is not an experienced high level executive that has been creating and nurturing blockbuster intellectual property which is never guaranteed. I think they need people who love the subject matter. Kathleen Kennedy didn’t do great with Star Wars, but Jon Favreau and company seem to have cracked the code.

I say emphasizes should be brought into a earth 2 cinematic universe. It allows the DCEU to tell not one but two kind of stories with the same character. A movie about a batman in his 50s and another movie universe where Batman in his prime.

Or how about a Superman(possibility by Henry Canvil) discovery a supergirl compare to a new origin story for a different kind of Superman.

Dwayne Johnson wants Black Adam to become a pinnacle point in the DCEU so I theorize if his movies go well, that his franchise should be set on earth 2 and he ushers a universe where the Black Adam can become a substitute Superman figure while the new Superman is just learning to become one. It would be interesting, especially for crossovers.

In the silver age, Black Adam once traveled to another earth to fight Superman and Shazam, so I imagine that’s a cool idea that could be adopted into a possible movie. 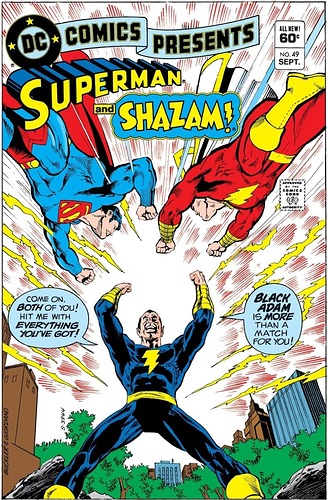 Or how about a Superman(possibility by Henry Canvil) discovery a supergirl compare to a new origin for a different kind of Superman.

That’s something I’ve been wanting to see since Sasha Calle was attached to play Supergirl on The Flash – where maybe they do a movie that combines her classic origin with Brainiac.

Sorry, am I supposed to be enthusiastic? I meant:

Sounds terrible. It says they need more Superman. Oh I thought two live action shows within this millenium that total 12 and counting seasons is something along with 2 live action movies and roles in many more. In fact they only reason they do not have sequels enough. Superman is used plenty, just not well.

Then it is obvious they are one of many trying to copy the MCU, right when DC live action movies are finally being successful by ditching that method. It just seems like they are jumping 8 years back to a way worse time for them.

Black Adam can become a substitute Superman figure while the new Superman is just learning to become one. I

Black Adam is not Superman. He is far more like Wonder Woman.

Hmm. Maybe the 3rd times the charm? How many times have they announced a restructuring/overhaul now? Surely this the 3rd or 4th time now. Whatever they choose to do I hope they stick with it. I can only take so many recasting or reboots before I tap out.

So I have the fix for this complicated matter, here it is.

In regards to the DC Live Action TV Shows, the answer is…

As far as the DC Animated Movies,….

Regarding all DC Comics and Forum…

There. See…. Simple.
Just give us All the DC goodness.

Exploring, in showbiz speak: “We’ve already got a list of targets.”

But most importantly when reading this article- sources close to the situation, in journo speak: “Nobody here in the newsroom bothered to confirm these details, and also- we might’ve embellished or just outright made some of them up.”

sources close to the situation , in journo speak: “Nobody here in the newsroom bothered to confirm these details, and also- we might’ve embellished or just outright made some of them up.”

Why so skeptical? I get that this may all amount to nothing since they’re only looking at options right now, but Variety’s one of the most reliable sources for entertainment news like this. W/ them being the ones to report on this, I can be pretty confident that said talks are at least happening

I just know how this stuff works @arkhamassassin. My observation isn’t meant to be taken as negative (except on the part of the press) - a lot of the time when a merger has taken place a large portion of the leg work as it pertains to internal changes instore for the entity that has been purchased has already been completed or is in the final stages of execution. The buyer is ready to jump into the purchased product with a game plan of changes that are ready to be implemented, so any talk of exploration or testing of the waters so to speak coming from the purchasing entity is usually just a way around answering questions about definaite plans moving forward.

Now, as far as the entertainement news press is concerned, or any news desk for that matter, any time I hear the term “sources” rather than confirmed on the record commentary from a reliable person within the story I always take whatever is being said or reported with a huge grain of salt. If the info was legit why isn’t Discovery’s press agent coming forward with an official statement? Probably because the details are being held close to the vest by those with say so authority in the situation which then tells me that said “reliable source” is doling out speculation, no matter how “close” they are to the matter. It’s in turn irresponsible to report out the info without getting it confirmed.

They say they are looking for a business lead, not a creative lead, so they are not looking for their own Kevin Feigie specifically. Can’t be any worse that what all ATT did andat least DC will be completely focused.

Greetings from Erf 2! Sorry, there is nobody by the name of “+” or “max” here, perhaps you dialed the wrong number?

Greetings from Erf 2! Sorry, there is nobody by the name of “+” or “max” here, perhaps you dialed the wrong number?

But most importantly when reading this article- sources close to the situation , in journo speak: “Nobody here in the newsroom bothered to confirm these details, and also- we might’ve embellished or just outright made some of them up.”

Sources - People scared they will lose their jobs if they give an on the record statement.

Sources - We can’t get anyone to confirm said statements i.e. what are you talking about multiple sources, just one is fine.

Regarding Exploring, Overhaul, and Synergies: Yes, we are much smarter than the previous owners / group of executives and will miraculously change this money losing dog into a fountain of money!

Most CEOs have a two year window to turn things around before they are ousted. Few succeed.

Can’t be any worse that what all ATT did

Most CEOs have a two year window to turn things around before they are ousted. Few succeed.

Definatley possible, but considering that ATT did not have the success of DC in mind (Cutting the budget of the shows…REALLY ATT???) as opposed to telecommunications, I’m confident that we will at least be getting more quality content.

I would:
Begin ending a lot of earth Prime shows including: The Flash, Batwoman (If not already cancelled) and Legends of Tomorrow (If not Already Cancelled).
Increase the budget of Superman and Lois, Titans, Doom Patrol and Naomi and move all of those over to HBOmax. (If the CW is disbanding).

Let the Flash multiverse movie establish why Zack Snyders Wonder Woman and Aquaman are still around along with “The Batman”, Shazam and the JSA (In Black Adam). Finally build a new Superman from the same Universe as “The Batman”.