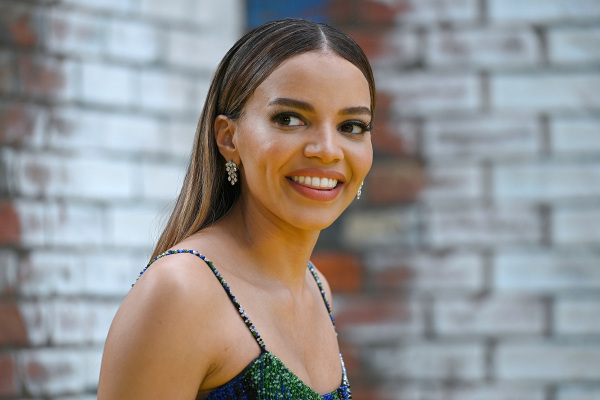 All props go to Mighty @Mae for posting this earlier today in the Birds Of Prey thread!

It’s nice to see the ball rolling on this! W/ a writer, directors and a lead now all in place, hopefully we hear more about full casting over the next few months or so, and maybe it can even start filming next year! 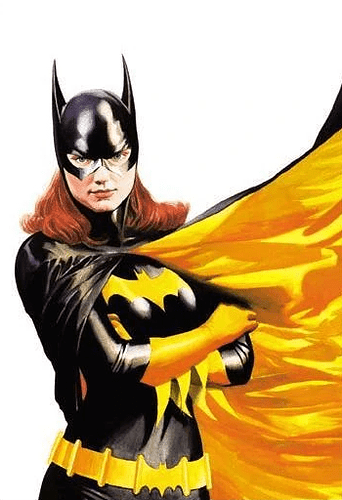 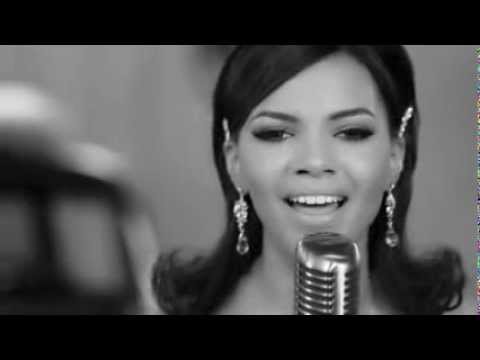 Cool. I understand she’s in the movie Into the Heights? I’m gonna have to see if that’s still on Max.

Now the question is, where is this movie taking place? Could it just be it’s own thing? Could it be in the DCEU? Is there a chance that maybe JK Simmons will continue to play the role of Jim Gordon? Maybe it’s in The Batman universe? She looks like she could be Jeffrey Wright’s daughter…

I wish we had the news when Heights was still on Max. I’ll have to watch it when it returns.

I’m happy to see a Batgirl movie being produced. Curious about what story they’re going to tell. Also interesting that it’s going to be a direct-to-HBO Max movie. I wonder if that choice had more to do with the pandemic or just that DC/WB really want to push HBO Max. I thought they were kicking around a Batgirl movie for theaters. But now I’m wondering if it’ll be related to the Batman series that was supposed to be coming out after the new Batman movie.

All good questions, though it might be a while before we get any answers on that front. I’m also curious to see if Christina Hodson had total freedom to write the movie in whatever universe she preferred, or if its continuity was mandated by the studio

Or less the Batgirl movie and more superhero movies staring women and people and color. I mean, Batgirl, Static Shock, and (if rumors are true) Blue Beetle all being HBO Max exclusive? That’s…a little sus, as the kids might say.

But then again, it might work in these movies favor – for some, streaming is a lower barrier of entry and more convenient. I just hope all those movies are successful.

It’s probably just to promote HBO Max and have more exciting exclusives so people sign up.

The more Barbara the better.

can do that with more exclusive shows

I’d be really surprised if something like that happens again this time around. W/ Babs being in the lead role instead of being a supporting character, it’ll be a lot more important to ensure that her personality’s accurate w/ how we generally know her to be. We should still be open to some changes, but I’d probably be fine w/ some relatively smaller updates compared to movie Cass being completely different from her comic counterpart

Great actress! I loved her in In The Heights and I’m sure she’ll do great.

Only other thing I’ll add is about this being a HBO Max exclusive. I get why some people are sussed out by the choice to put her on HBO Max, but I really think it’s more about business than it is anything to do with race. They’re simply copying the Disney+ and MCU model of having some exclusives of characters/parts of the universe on streaming to draw in money. I’d understand the race thing if they weren’t producing a Black Superman movie with JJ Abrams already with all signs pointing to it being in theaters. Other characters like Blue Beetle are simply a lot smaller with less mainstream popularity, making it more difficult to market as a theater stop. It’s much easier to have it as part of your catalogue on a streamind service where people will give it more of a chance.

DC isn’t perfect when it comes to diversity, but they’re clearly working hard to right their wrongs and give POC/other minorities chances to shine. So I think it’s worth acting in good faith here.

This is cool, Jurnee Smollett, aka Black Canary from Birds of Prey, welcoming Leslie to the DCEU. This is giving me vibes and hope that maybe we’ll get a “proper” Birds of Prey from this. We live in hope. 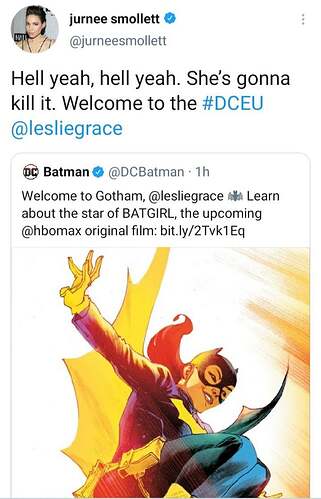