Kid Flash, Wally West, documented as the fastest Flash of them all, dies in the speed force, a force he reportedly makes a costume out of to WEAR in later years of his existent. So, does it really make sense for him to be dead? Was the death justified for the fastest Flash to ever exists, should it really be the end?

The Debate Topic: Upon my researching and reading of theories and Easter Eggs, I find many people saying that they WANT Wally West to STAY dead, mostly for the purpose of not making the show come off as cheap or make Kid Flashes sacrifice as un-just.

The Debate Question:
So my question is, does Wally West death make sense? Do those reasoning seem fair or just to the character?

(( I know I am clearly showing a bias! But I’m generally curious what people think about this. What other reasonings should Wally west stay dead, or what reason should he be alive? Do you want it to be the last you see of Kid Flash in the YJ series?)) 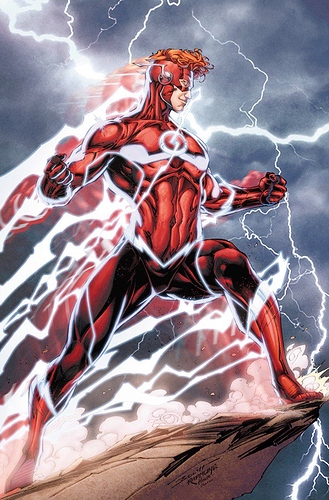 I honestly want him to come back to life, idk know about other people but I want him back.

A reason that he should be alive, is just cause.

@bkhere I agree! I’d like to see him come back!