So, many of you are probably wrapping your head around RPattz potentially being the new Batman. However, that’s not the only new development about Matt Reeves’ “The Batman” to come out this week.
Sources confirm that there will be a whopping SIX Batman rogues to appear in the film, and the Penguin and Catwoman were the first to be confirmed. I know many will be ambivalent about this, but I’m completely hyped. I’ve always loved Batman stories that feature multiple villains at once, and this is the kind of thing I’ve always been hoping for.
So, fee free to discuss your thoughts about this matter: which villains do you think/hope will be in it? Casting choices? Please let me know!

I’d really like to see Clayface and Man-Bat make their cinematic debuts, so those are two I’m pulling for, however unlikely they likely are.

A live action Man-Bat is the Stan Winston dream project that will never be.

It’s exciting to think about the rogues that could appear; Would love to see the Riddler get some love.

Well, with six villains it has to be a storyline where there is some sort of behind-the-scenes organizer. Could be the Riddler, R’as, Hush, maybe even the Clue Master? Or maybe Penguin is organizing the villains? Bane would also be a good choice.

The Ventriloquist worked on Gotham and I find the character amusing, so throw him and the little dummy in. 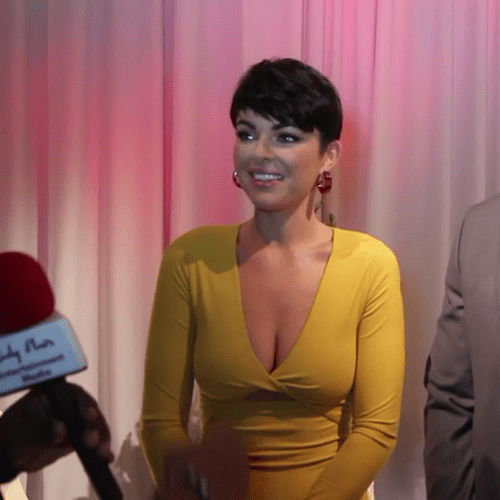 I would love to see Man-Bat at some point.

Any villain but the Joker, please. He’s been done so often. Batman has a great rouges gallery. Plenty to pick from.

I don’t like it when people who make superhero movies put multiple villains in a movie. It’s more fun to have one different villain in each movie.

Killer Moth should pop up in a movie. Not the mutated version, the good ol’ green and orange striped pants, orange winged version.

He can be in a small scene where Batman nails him in the breadbasket. Just a fun side scene a movie could open with.

She’s quite the feast for my eyes

Multiple villains in a movie is mainly a problem when they’re given equal focus or automatically team up just because. Zsasz was one of the villains in Batman Begins but he was just a little nod that fit well in the world being created.

Maybe they will throwback to the 60’s, and have Gotham’s criminal underworld get back together, Joker, Riddler, Catwoman, and the Penguin together again. There will probably be a Deathstroke reference/appearance at some point. That leaves a sixth and final villain. I would personally love it if they did it that way. Hush could also be the perfect live action movie that they could do.

Six villains doesn’t mean they’ll be the central antagonists. Penguin could have a similar role as he does in Arkham Origins, where he just supports the underworld instead of actively trying to kill Batman. Catwoman could have a role like she does in Hush or on Tom King’s run. Maybe throw in Zsasz like on Batman Begins, have quick montage showcasing weirder and more obscure villains like Kite Man and Condiment King and have the Court of Owls be the more central piece (it’s supposed to be more detective based, so the Court seems to match pretty well). There’s six, and other than the main one and the smaller cameo like roles, all the villains have been seen before on film, so sharing screentime doesn’t diminish them, especially Catwoman who could be more like a supporting character anyway.

I gather the villains will be peppered about and tie into the detective angle Reeves is angling for. Proverbial points A, B, C and so on.

@Vroom. That’s a good point. Maybe they’ll be like witnesses to what Batman’s figuring out. Like I said, I don’t think they’ll all really be antagonists, at least in the traditional sense.

She’s not a villain obviously, but for a love interest, I’d like to see Julie Madison done right for the big screen.

I actually don’t mind her in Batman & Robin…until she just drops out of the story for no reason. No resolution or anything with her character, just poof gone and done. Ms. Madison deserves better.

Silver St. Cloud would be a neat love interest too.