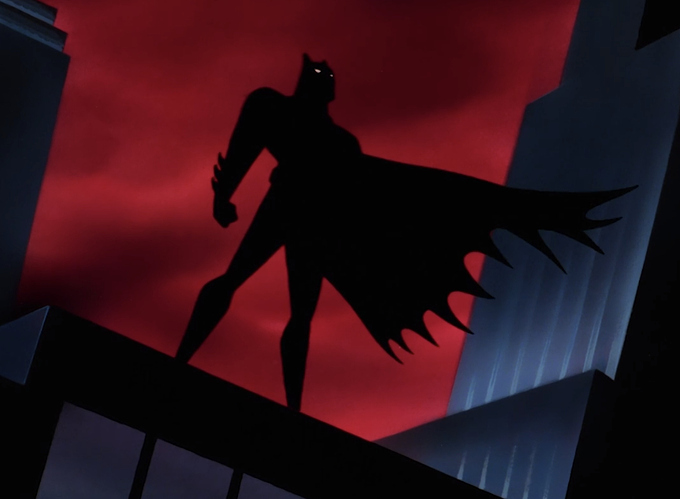 UPDATE: Below is a list of every episode the hosts of DC Daily have caught so far- join us!

What do YOU think of these episodes? Let us know allllll the way down below!

“On Leather Wings” arguably flattens the multi-dimensional Man-Bat of Frank Robbins, but the episode is such an effective horror-mystery that all is forgiven. The transformation scene in particular is quite eerie and warrants comparisons to The Howling.

Have to praise René Auberjonois, who recently passed away, as the voice of Dr. March.

Some of my thoughts:

I love the little nod to “Tiny Toon Adventures” as the comic that the security guard is reading, as a reference to Bruce Timm and Paul Dini’s previous collaboration.

So cool! Thank you for the invitation, @DCDaily! We love Batman: The Animated Series so revisiting the first episode was a blast!

Something I noticed for the first time is in the intro. When Batman appears (around the 35 second mark), there are white speckles around him that look like snow. They continue throughout, typically in the dark areas. Perhaps a remnant of reformatting? Either way, it adds to the gothic Art Deco style of the show.

Also, the title tile is similar to that of The Wizard of Oz. 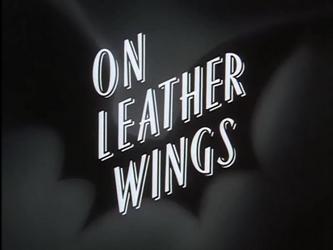 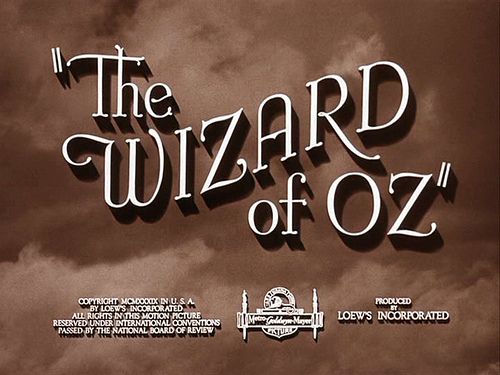 The opening scene makes me laugh. How often does the GCPD patrol via blimp?

Great job noticing Kevin Conroy’s voicework in other moments, @Son.of.Robin! I have always enjoyed hearing the bonus appearances too.

I like how Batman flying in is framed cinematically, as if it’s a camera trying to capture his debut and it’s hard to keep pace.

The security officer practicing his radio voice is so funny and clever! The shadows in those sequences are excellent!

I find it interesting that the newspaper Jim Gordon throws down is called “The Gotham Glazer” as opposed to “The Gotham Gazette”.

The book the female security guard is reading is called “P. S. Your dog is gone”.

Wayne Manor is shown as a mansion on the rocks with a viewpoint from the water. I don’t recall ever seeing it portrayed as a waterfront property.

The phone in the Batcave (that Alfred answers) is red, a nod to the old Batphone in Batman ‘66.

The fight scenes come in around 5 minutes before the end of the episode. The climax closing out so close to the end ups the excitement and not only sticks with the viewer with Batman’s heroics, but also encourages tuning in for more.

Such an incredible show! Thank you again for sharing the experience with the community!

I remember watching ‘On The Leather Wing’ for the first time when it first air, what really stands out was the last 8 minutes from Langstorm changing to Man-Bat to the end! I had never heard of Man-Bat at that time and he was such a scary villain!
Oh and this is the only time we ever see Batman bleed, til Batman the animated movie: Mask of Phantasm!

hey can i join

Of course, @dccool90sboyhotboy! I’m sure @DCDaily would love to hear from you too!

Just watch the episode and comment in the thread. Sometime after January 15th, DC Daily will be discussing and possibly include your thoughts on the episode! Enjoy!

when is the watchalong going to happen

Watch on your own and then comment. Similar to a watch along but it’s not really as a group in a live thread.

ts kinda funny because I never did DC daily before

Well, welcome! I’m sure you’re going to love it! I’ve done a watch along before and it was awesome. This is a different format for me too but it was super fun. I look forward to seeing what you notice!

I remember the epsoide of batman on leather wings

I didn’t know that he passed away

The intro music when the title appears was perfect to set the tone for the show. It’s so dark and haunting! I love it!

It is so strange to see Batman speak as Bruce. That was one of Conroy’s talent for giving them distinctive voices

Kevin Conroy’s talent shines through all his performances as Batman from the animated series to Justice League series to all the animated movies he’s done. He’s definitely the quintessential Batman/Bruce Wayne voice. It’s great hearing him begin as the character and already have it nailed.

The security guard recording his voice is played by Richard Moll, better known as Harvey Dent/Two-Face on this show and The New Batman Adventures as well.

He was also Bull on TV’s Night Court, as well as the main villain in House, one of William Katt’s best movies.

Man-Bats 1st on screen appearance. Love the noir, gritty look of Gotham, which would continue throughout. The Blimps & light & shadow play off the archaic sky-grazing buildings. The Cat & the Claw ( which aired first ) set the mood at daring, but wasn’t fully in stride yet with the eerie backdrop Gotham would eventually mature to. Langstrom was almost more tortured than scary. I actually empathized with him even as the antagonist of the story. Francine almost more so. Would’ve loved to have been sitting in while Danny Elfman composed the soundtrack in sync with the episode. Appropriate that the singer of Oingo-Boingo fame who asked us to leave our bodies at the door, would create the music for the man who would figuratively have to do that every day. Bruce Wayne outside the door, Batman inside.

I love the series, and Mark Hamill is tied with Heath Ledger as the best portrayal of the Joker.

There. I said it.