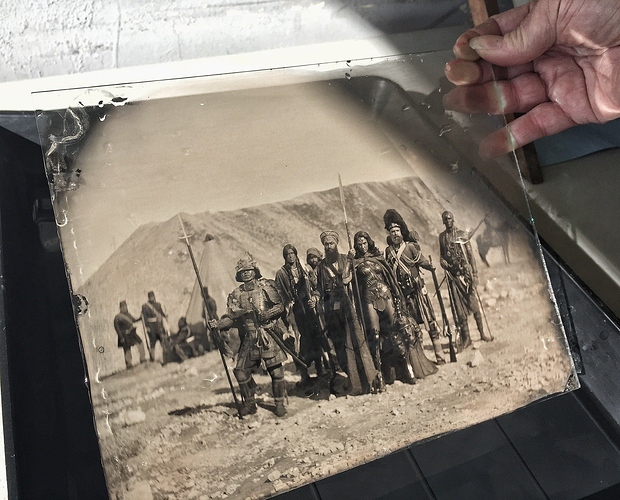 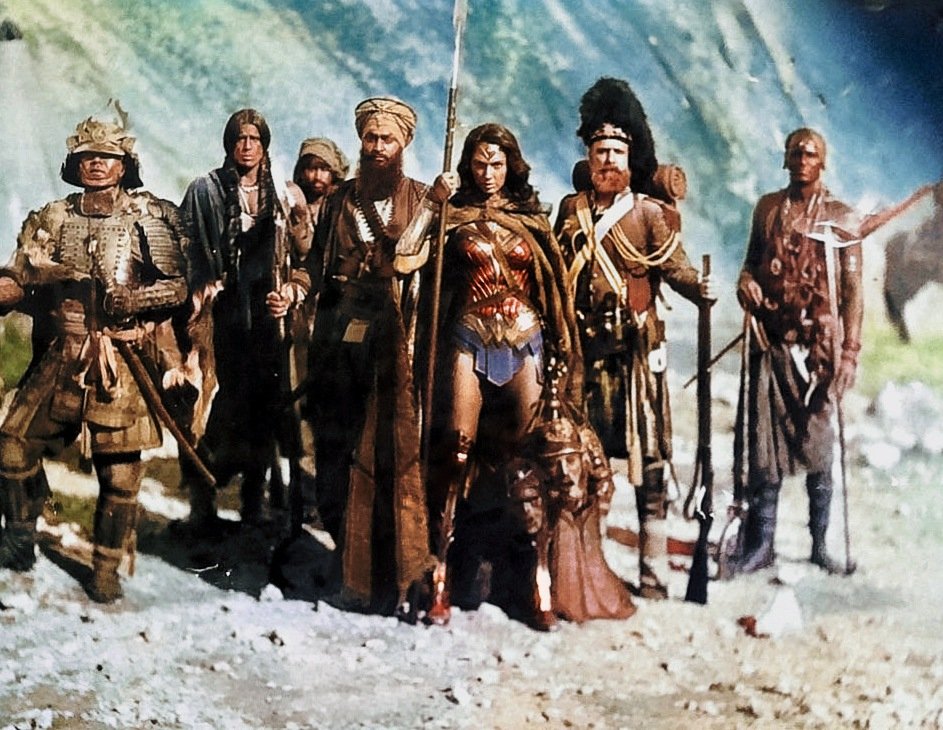 Dang! I love the first WW but man this looks like it would have been cool!

Yeah, as interesting as her being around for that long silently influencing the world could be, I just don’t see Diana as someone who would be holding severed heads so casually like that.

This image is fantastic @reload- thx for posting it.

The setting is solid- so much more texture and defined realism than in the previous picture that we saw in BvS/WW. The individuals here in these photos who are portraying their WW counterpart characters present much more robust and engaging personas. Kinda’ wishing these actors were playing the parts in WW 2017 rather than who was cast. Really digging the samurai, the Sikh individual, and that person standing to Scotsman Charlie’s right. And Yowza- Diana holding those heads! Now that’s an image of a fearless Amazon warrior princess indeed! Amazing photo here to be sure.

yeah but I didn’t picture her as the type to just shack up with a possessed guy with practically no concern for his wellbeing, allowing him to follow her on dangerous missions or thought towards how his loved ones might feel about the whole ordeal…I’ll take the warrior with the rolling heads 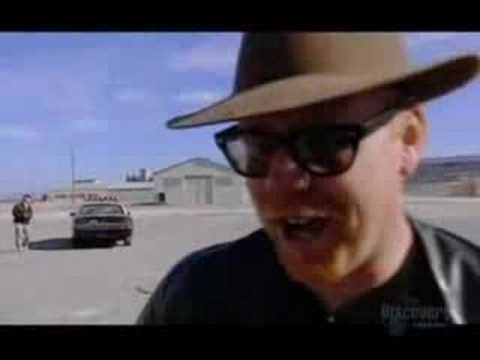 So Zack went on Twitter for the first time in a while and kind of explained the story he had for this version of the WW story he had in mind. 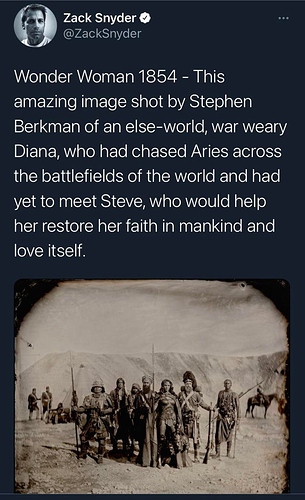 So it sounds like sort of like how Snyder’s Batman started his story adrift and out of touch with himself, or Superman being lost in trying to be a symbol for everyone; Diana was going to have a similar journey, with meeting Steve Trevor being what helped her come back to the loving warrior we know and, well, love.

It’s definitely an interesting idea. And from the sound of it, steeped into the mythos and inspirations of the character. For example, the Crimean War was where Florence Nightingale became prominent, and she was actually one of William Marston’s big inspirations for the creation of Wonder Woman.

Interesting, but I don’t think it would have made much sense

The most important question is would Ares still have had his Nigel Thornberry’s moustache? 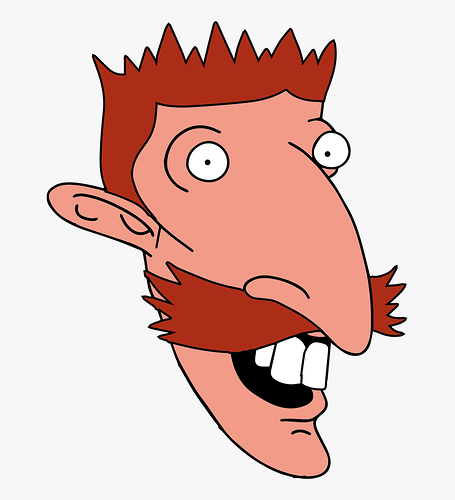 Only if she has too much to drink

I’d assume something along the lines of this. 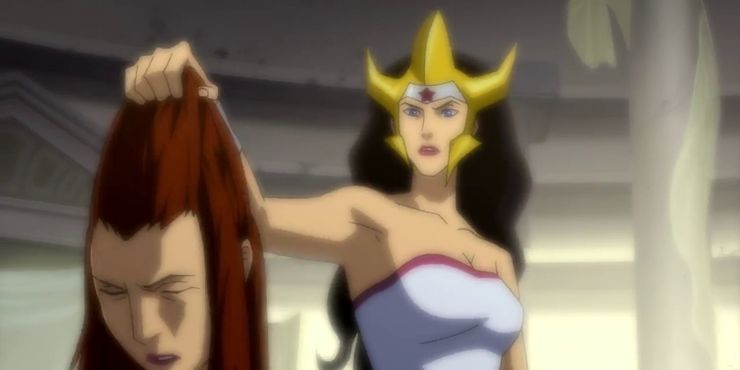 Read Flashpoint and find out.

Saw the animated movie, story arc was not one of their better ideas