Unlocking the History of the Multiverse 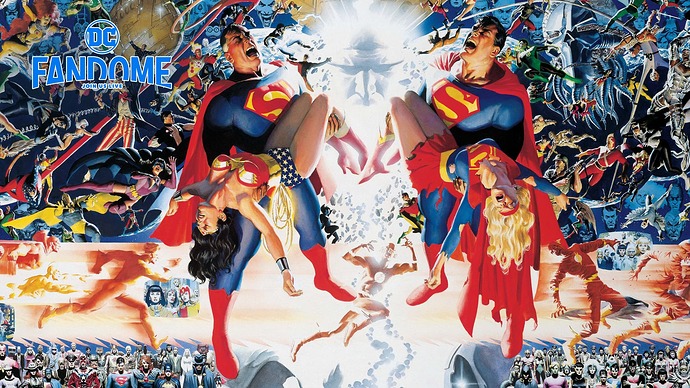 Next year, Andy Muschietti’s The Flash will expose more people than ever before to the concept of DC’s Multiverse—the expanse of differing “Earths," each with their own unique makeup of superheroes and villains. The idea of the DC Multiverse isn’t new, but at least until very recently, it also wasn’t well known outside of the comic book faithful. Last year, The CW’s “Crisis on Infinite Earths” miniseries brought the Multiverse to the screen for the first time, and with its cameo by Ezra Miller as the theatrical universe’s Flash, served as a sort of prologue for Muschietti’s upcoming DC blockbuster. Still, not everyone saw “Crisis on Infinite Earths,” and even among people who did, we couldn’t fault anyone for being a bit lost or at least having a few questions.

The answers aren’t always so simple, but before we start getting into them, we should first explain what the Multiverse is for anyone out there who may be new to the concept. 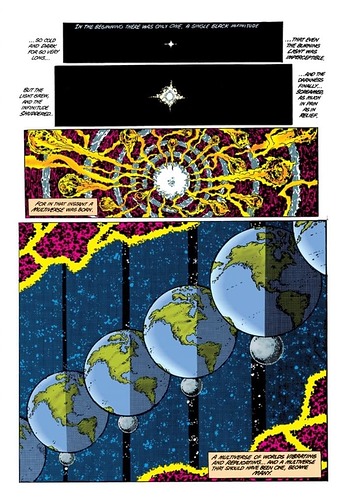 The Multiverse is essentially a storytelling device that exists within DC that ties a lot of the comics we’ve published over the past 80+ years together. It’s changed a bit since it was introduced, but the current DC Multiverse states that there are 52 different Earths in existence all occupying the same space, but vibrating at different frequencies. Each Earth shares a few similarities—for example, they all contain sentient, intelligent life, most often human—but other than that, they can be very different from each other.

However, that’s not everything. Along with the 52 Earths, there exist several other realms where DC’s menagerie of gods and other supreme, immortal beings exist—think Jack Kirby’s New Gods, Wonder Woman’s Greek-inspired patrons, Lucifer Morningstar and his legions of Hell and Neil Gaiman’s Dream of the Endless. There’s also the Monitor Sphere, where the Monitors reside and conduct their oversight (and yes, there are more than one of them), the Source Wall, which contains everything in the Multiverse, and much more. The DC Multiverse, as currently mapped, is a complicated place.

To learn more about the history of the Multiverse including an interactive map to help it make sense, head on over to DC Comics!

Which Earth is your favorite in the multiverse? Let us know in the comments!