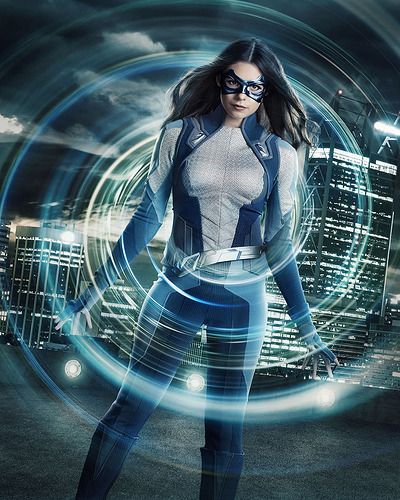 A colleague recently asked me if the upcoming “Dreamer” story in the DC Pride anthology, written by Supergirl’s Nicole Maines, is the first time a trans person has worked for DC Comics. Fortunately, we did not have to wait until 2021 for this to happen – there have been a few known trans DC writers and artists until this point. And while they’re not very many, these creators are collectively responsible for some hugely influential works to DC history.

The very first trans person to work for DC, that we know of at least, is Jeffrey Catherine Jones, who did some work for DC through the 1970s, and came out in 1998. She was married for a time to Louise Simonson, though they had separated by 1970. Regarded as one of the finest artists in comics, her work for DC included Showcase #83-84, Superman’s Girl Friend, Lois Lane #116, and The Witching Hour #14. Jones passed away from emphysema in 2011. As of this writing, none of her work is currently collected on DC Universe Infinite.

The first openly trans creator to work with DC was Maddie Blaustein. Blaustein was born intersex and was assigned male at birth, but personally identified as female. Maddie’s writing work for DC began with the high fantasy series Dragonlance in 1991, where she wrote the three-issue story arc “Sword of the Kinslayer” from issues #30-32. That same year, she wrote five issues of Legend of The Shield for DC’s “Impact Comics” imprint, which published a stable of heroes then licensed to DC by Archie Comics. She even wrote an issue of The Question, in The Question Quarterly #4! (Insert obligatory request to have The Question Quarterly digitized here.) But Maddie’s most significant comics work occurred a few years later, when she became one of the pivotal voices for the first wave of Milestone Comics. For Milestone, Maddie wrote Static #30-34, Icon #18, Hardware #20-21 and #26-28, and the limited series Deathwish, which featured one of the first trans protagonists of a mainstream superhero comic. In addition to her writing work, Maddie Blaustein was an accomplished and talented voice actress – you may recognize her as the original voice of Meowth in the English dub of the Pokémon anime. Blaustein passed away from a stomach virus in 2008. None of her work is currently available on DC Universe Infinite, but at the pace that the Milestone archives are being digitized I suspect that will change soon.

Grant Morrison, by all accounts one of the most influential DC writers over the past 30 years, came out as nonbinary in November of 2020. A writer who needs no introduction, Morrison is responsible for critically lauded runs on major and minor characters across the DC Universe, including Animal Man, the Doom Patrol, The Flash, Batman, Superman, Green Lantern, Wonder Woman, the JLA, a new version of the Seven Soldiers of Victory, and several Crisis-Level crossover events, including DC One Million, Final Crisis, and The Multiversity. Morrison is still very involved with DC today, and will soon be writing the four-issue series Superman and the Authority.

After a definitive run on Doom Patrol, Grant Morrison was succeeded by Rachel Pollack, an openly trans writer when she took over in the early ‘90s. Pollack’s run on Doom Patrol ran from 1993-1995 beginning with Doom Patrol #64, and in Doom Patrol #70 introduced the team’s first trans member, Coagula. After the series’ end, Pollack wrote the first year of 1995’s New Gods series, a Lightray story in Showcase '96 #5, and an original series under DC’s “Helix” imprint called Time Breakers. Pollack is now one of the world’s leading experts on the art of tarot, giving seminars and teaching classes on the subject across the nation.

After Grant Morrison, DC’s most prolific trans creator is Lilah Sturges, who worked on a very wide variety of projects for DC’s mainline and the Vertigo line alike. Sturges was a frequent collaborator with Bill Willingham on Vertigo’s Fables and its many spinoffs, while also writing the imprint’s relaunch of House of Mystery from 2008-2011. Sturges also had significant runs on Blue Beetle, Booster Gold, Justice Society of America, JSA All-Stars, and Shadowpact #17-25 (undigitized as of this writing). She wrote a number of event comics and tie-ins, including Countdown to Mystery, Final Crisis Aftermath: Run!, and most of Salvation Run, taking over the series from Willingham after its first two issues. Sturges came out as trans in 2017, after all but the last of her Fables issues had been completed, and then moved into independent creator-owned titles such as the wildly successful Lumberjanes.

Grant Morrison and Rachel Pollack weren’t the last non-cis writers to take on Doom Patrol. My Chemical Romance singer Gerard Way came out as nonbinary in 2015, a year before curating DC’s “Young Animal” imprint and writing the collection’s flagship title, 2016’s Doom Patrol. I ran the numbers, and this means that three out of eight writers for Doom Patrol books since the team’s creation are gender-queer individuals. That’s nearly 50%! Gerard Way is still making music, and is currently at work as Executive Producer of the Netflix adaptation of Way’s own creator-owned comic, Umbrella Academy.

Way’s Young Animal collective was all about fresh perspectives on the DC Universe. None of these projects were more daring than Magdalene Visaggio’s Eternity Girl, a mind-bending journey into the cyclical, continuously reinventive nature of comic book continuity which turns the entire genre itself into a sort of trans experience. Visaggio has been nominated for multiple Eisner and GLAAD awards, and her creator-owned series Vagrant Queen was adapted into a Syfy original series in 2020.

Vita Ayala, another nonbinary author, first came to DC with 2017’s New Talent Showcase. Since then, Vita has regularly contributed stories to DC’s anthology titles, up to and including DC Pride, as well as Suicide Squad Most Wanted: Captain Boomerang, Future State: Batgirls, and the upcoming Milestone relaunch project Static: Season One.

Comic book artist Jan Bazaldua, who came out in 2020, is mostly known for her Marvel work, but did lend her pencils to a few DC comics in 2016 – including Suicide Squad Most Wanted: Captain Boomerang with Vita Ayala, and the final issue of Cullen Bunn’s Sinestro.

That brings us to Nicole Maines, who portrays the transgender superhero Dreamer on The CW’s Supergirl, and who contributed a Dreamer story herself to the DC Pride anthology. I apologize if I’ve left anyone out, but to my knowledge, that’s the full accounting. I’m happy that DC has given opportunities to a number of trans creators over the years, and look forward to seeing increasing representation in the line going forward. Diverse voices are one of the most powerful driving engines behind new and interesting stories.

Gerard Way has talked about his struggle with gender, but has never actually called himself non-binary. That’s mostly been inferenced by fans based on things he has said and done, but never confirmed. This is a good article to read that touches a bit upon the subject
https://www.them.us/story/my-chemical-romance-gerard-way-queer-fandom

I’ve heard Way uses both he and they pronouns, but don’t have more information than that. I think it depends how broad your definition of the term is.

Thanks for creating this thread! It’s super informative and important. I love being a part of such an open and loving community full of diverse creators and members. Much love around!

(That Meowth fact blew my mind a bit

Tamra Bonvillain, who debuted at DC as a colorist on Gerard Way’s Doom Patrol. Since then, Tamra has colored a great many comics for DC, including The Low, Low Woods. She’s currently coloring three high profile ongoing series for the company: Justice League, beginning with issue #59, Wonder Woman, beginning with issue #770, and Crush and Lobo.

Vita Ayala, who is writing the upcoming Static comic, is nonbinary.