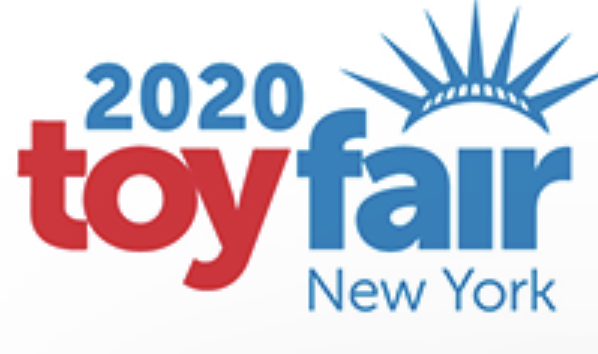 A dedicated thread for Toy Fair 2020 reveals. Will post links here and we can discuss below. I made this a wiki so feel free to add links of your own to any DC Toy Fair 2020 news

Thanks for the thread.
Disappointed that McFarlane is essentially doing a Batman only line but I probably wouldn’t be collecting them anyway.
I’m looking forward to detailed pics from Spun Master. It’s not something I planned to collect outside of King Shark (love any shark toy) but I may have to get a few. The Talon looks cool.

I’m getting the new Deathstroke Pop Vinyl. It looks awesome and would be perfect for my collection.

Agree McFarlane Multiverse so far could do with a little more variety outside Batman and related characters. Something Spin Master is doing quite well.

Glad to see them do a variety based comics, movies and games, though. Especially comics. Like that White Knight Bats.

neca prop 1:1 replicas including btas and 89! Toy Fair 2020 - NECA Defenders of the Earth, Back to the Future, Animated, Retro, Prop Replicas and More - The Toyark - News

Thanks @biff_pow. Didn’t realize there were DC items there. Those props would surely end up being play things for my kids and their friends

Uneventful event so far. Nothing eye popping (for me at least).

Yeah, I’m disappointed to see no real surprises from McFarlane. The White Knight figures look like the best the line’s produced so far, to me, but they don’t set my world on fire or anything.

Most of the sites I frequent haven’t covered DCD yet, but Figures.com has good coverage. First place I’ve seen a pic of the animated Talon and I’m happy with it. There was a pic from SDCC that was just too busy and they toned it down. I was hoping they would show Hush too because he had been announced at one point, but not on the recent list.
DCD has a nice display of DCeased and it even has some unpainted prototypes in it. Looks like Batgirl, Red Hood, and maybe Deathstroke. I know these are just repaints with a new head sculpt but I hope they do WW and J’Onn so I can have a zombie Original 7.
Mezco has a WW coming which looks good but hopefully the extra armor can come off.

I don’t care what anyone says, im still getting all those mcfarlane figures.

looks over the Spin Master photos

Holy…■■■■! Look at the character variety, and is that Bronze Tiger? Copperhead, Cheetah, Reverse Flash and a new Superman, oh my! That Batcave looks badass too!

Spin Master is running in touchdown after touchdown, spiking the ball and then booting it outside the stadium, again and again.

The Multiverse Batman: White Knight figures look great, especially Azrael. I bet they’ll be the next Collect to Build figures, with the White Knight Batmobile being the center of that wave.

Yeah the Mezco Wonder Woman looks pretty sweet. Got the “Classic” version a couple months ago. Don’t know if I’ll shell out for this one. Their stuff sure is nice though.

I was really excited to see NECA props. Great variety. Saw animated and movie influences. NECA does amazing sculpts and the quality is pretty great on their bigger offerings.

For sure will be grabbing the Batman Beyond Batarang and BTAS grappling gun! And I know I won’t be able stop there since I could see ‘89 goodies (line launcher and batarang).

I’m brand new to One:12 so I only have the PX Batman (probably the best Batman figure I’ve seen) and Moon Knight. I don’t plan on collecting them fully but would like the Trinity. I’m hoping they do a new Superman. The last one is too expensive and for me also looks like he’s in pajamas.
I’ve preordered the Mafex Hush Batman and Superman and I’m a little sad Diana wasn’t featured in that story.
Speaking of Trinity, do you have them in Lego? I don’t remember seeing them. Get on it!

I retract my guess on McFarlane’s White Knight figures being the next group of Collect to Build releases, as photos I’ve seen since my last post show that they’ll retail for $19.99, and not the $24.99 the CTB figures retail at.

Their Batcave playset looks modular. As in portions of it may be sold individually so that if you only want one area of the cave you can have just that, but if you want the whole deal you can have it in portions to where you can shift it’s build around and make your own cave.

It also has the dinosaur and giant penny! Plus a jail cell and what appears to be an elevator. We just need to see a trap door, and I’ll be sold on this thing Jerry, sold!

The Neca props are pretty sweet, but I’m not into props or roleplay items, so they’re a pass.

Are there anymore details about Mezco’s 5 Points line, such as pricing and availability? Their Superman and Batman figures are listed as being “deluxe sets”, so I wonder if they’re being sold as box sets instead of individually carded/boxed items.

Which PX Batman? Ascending Knight, Sovereign Knight? I have the PX Sovereign and must agree… probably my favorite as well. Still on the fence about getting the upcoming Supreme Knight.

Bought their Superman from ebay (yeah paid too much). It feels/looks different in hand than in the pictures. An amazing piece. Agree that a new version is due.

Lego Trinity? I suppose it would be a nice tiny addition to my display. Wish they sold 'em in a set instead of having to hunt the little buggers down on ebay.

Nothing beyond what we’ve seen in those pics. For comparison though, Mezco is selling the Five Points Adams Family set for $85 (8 figures, 9 if you count Thing).

Sovereign Knight. I’m of the same opinion with Supreme. Pics of the PX version in simple poses are at odd angles and something feels off about it. Too stocky maybe. Pictures of the regular version from TF this weekend are encouraging. Sometimes you have to see them real life. I’m not a die hard Moon Knight fan but that thing is a beauty and looks cool with Batman and the Gordon batsignal I got from eBay.
I started with Lego Batman in the very first set because I was like “ha that’s funny” and now I am in too deep. So be careful.

I want everything that has to do with Arkham

And oh my God… if this is true…