DC has had its fair share of knock-down drag-out fights over the years, my dear audience! From heroes fighting villains to heroes fighting heroes, there’s no shortage of awesome moments in combat. 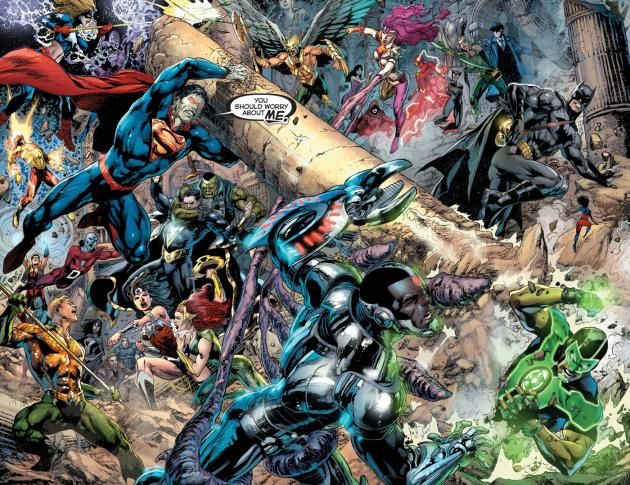 So, which are your top three favorite DC fights? Rank them below!

In comics there are so many i can’t even think of besides supes and doomsday. But i remember Supes and Shazam fighting for like a whole episode on JLU. They tore up the whole city, it was epic. 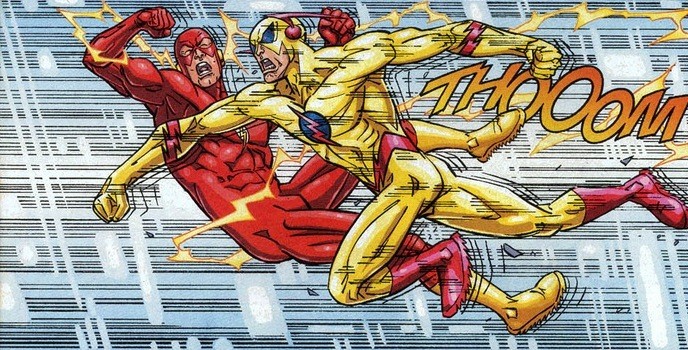 One of my all time favorite runs on a book was Geoff’s time writing Flash, and this battle was hands down the best. 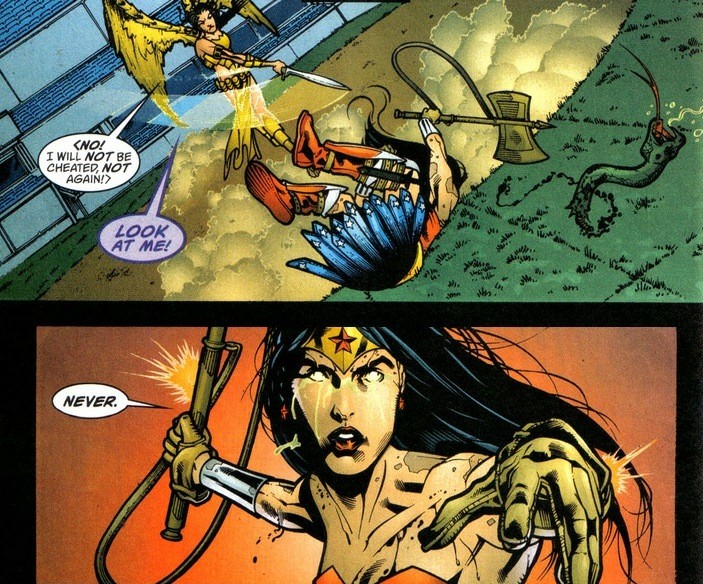 She’s had many great battles, but this to me has been the most brutal. I remember setting the comic down after I finished it and taking a few minutes to sit and process how awesome what I had just read really was. 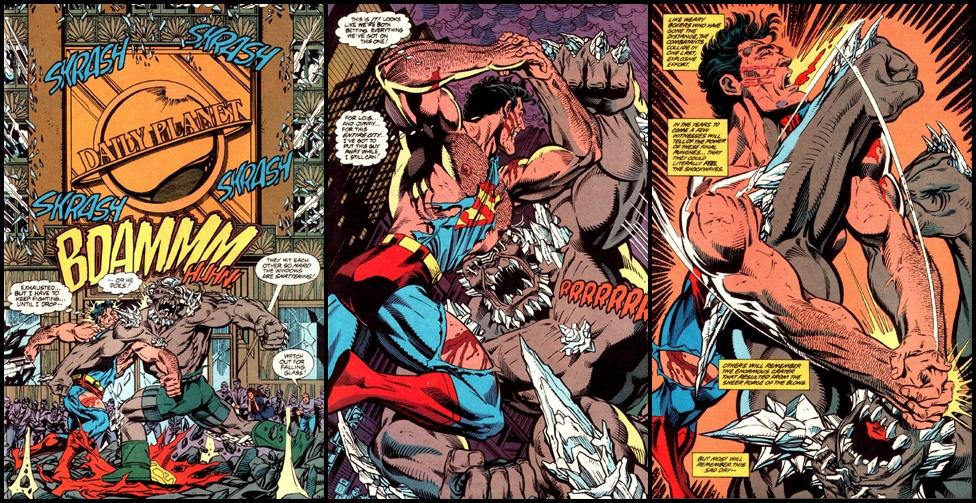 They might have set the bar too high with this one. It was so good, it’s going to be very hard for anything to ever top it.

That moment with Diana blinding herself is such a defining character moment, in my opinion. Not only was it a truly excellent fight, but the fact that she was willing to go that far, sacrifice that much, all to be the heroine we know her to be… Yeah, that’s pretty awesome.

Everyone vs Doomsday (BvS)

Heroes vs the Anti-monitor (Crisis on Infinite Earths) 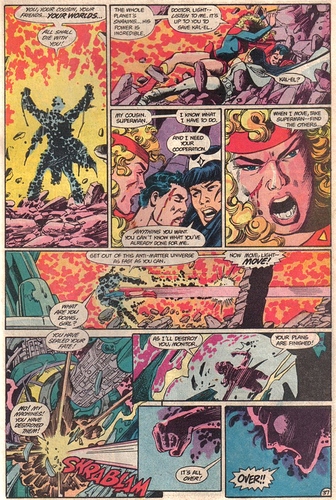 Batman vs the Joker 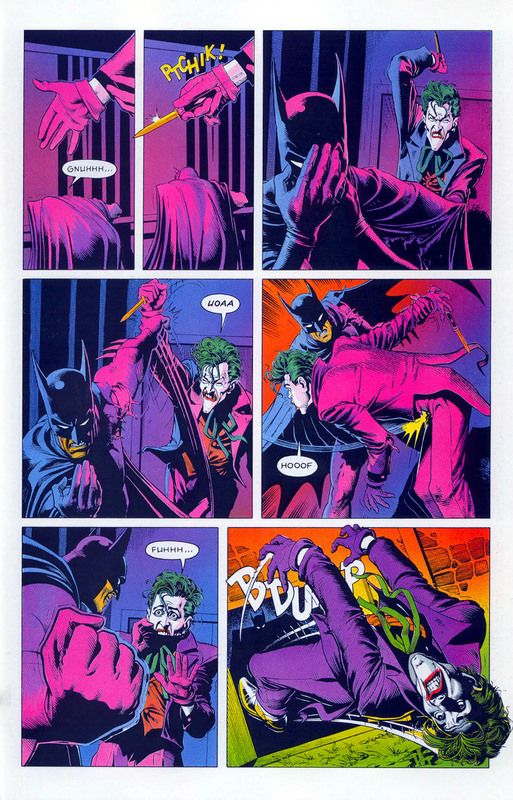 I remember being blown away by how epic this fight felt. The whole book was leading up to it, then when they stare each other down in front of Commissioner Gordon at the Joker’s demented funhouse right before they’re about to battle… That’s everything that’s great about comics.

Darkseid vs Green Arrow and the Atom 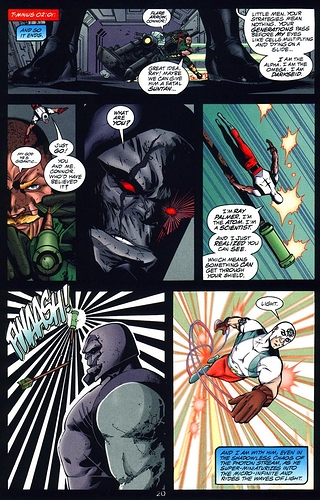 I loved this, because Grant Morrison had teased it in an issue of Wizard magazine months before it ever happened. He said something along the lines of “It all comes down to Green Arrow and the Atom alone against Darkseid, and they win!” So for months, my mind struggled with how they could possibly do that. To see it happen was a thing of beauty. 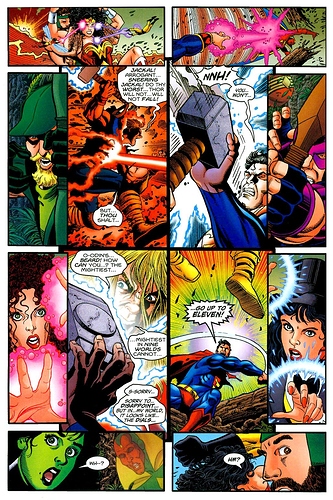 This was 1/2 DC, so I think it counts. I’m a huge Superman fan, so this one was personally gratifying to see, especially since issue one ended on a big splash page of Superman being smacked by Mjlonir. 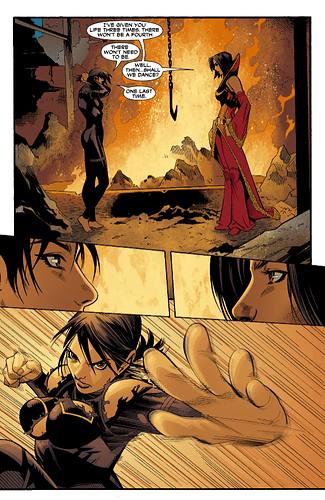 This is the culmination of the whole series and it’s awesome.

2. Supergirl vs. the Anti-Monitor (Crisis on Infinite Earths #7) 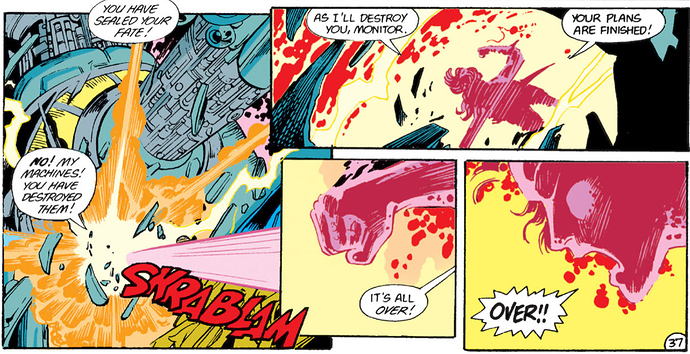 Kara1717×881 1.18 MB
Honestly, I could’ve named any of several fights from COIE, but this one obviously sticks out as the most memorable. 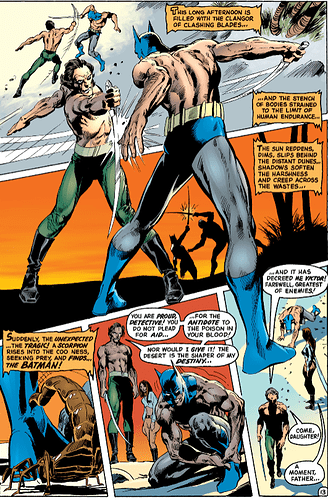 Hands down my favorite so far was in Infinite Crisis When Superboy Prime goes rouge starts killing and mutilating everyone. Followed closely by Superboy Prime v Connor Kent