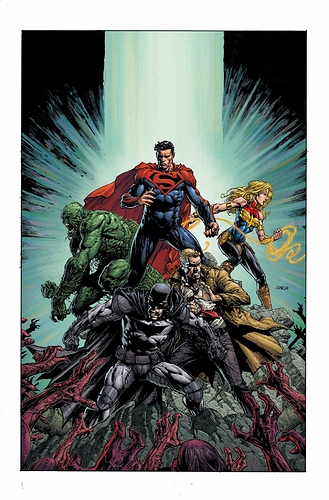 "We didn’t think we had anything left to lose. We were wrong." #DCeased2 #DeadPlanet @DCComics

I personally haven’t read DCeased yet, but everything I’ve seen of it looks pretty good. Looking forward to seeing where he goes with this story next.

The hype train is leaving the station! I figured this would be coming, but it’s so awesome to see a confirmation from Taylor directly. Based on that image, I’m gonna guess that this takes place years later w/ Damien, Jon and Cassie as the new Trinity

I surprisingly loved DCeased, so this is good news.

That said, I really hope DCeased doesn’t get run into the ground like Marvel Zombies did.

Seeing this raises so many questions.

How did the virus escape the Green Lantern Corps’ quarantine?

How is this new trinity of Jon, Damian, and Cassie going to learn from the past mistakes of the original trinity?

What are the magic users (Constantine, Swamp Thing, the others that were featured in that one-shot) going to add to the sequel seeing as they did basically nothing during the original outbreak?

Man, it’s amazing what a great cover/art does to raise my interest in a book. I read DCeased. Was a good read… not my favorite, but good nonetheless. Wasn’t sure how interested I am in following the story if it continued. This image alone has me sold

DCeased was super good. I want Taylor to have his own corner of the dc world where he can just do crazy things with characters.

I also really enjoyed the DCeased: Unkillables first issue. Taylor knows how to write Red Hood and I’d love to see him get RH in the future​

I just read it recently and it definitely lived up to the hype. I look forward to getting this when it’s collected in hardcover.

That’s really what he’s been doing for most of his work at DC, between the Injustice universe, his brief stint on Earth 2, and now his DCeased universe.

Yes Yes Yes I absolutely loved DCeased it is an insane story that grips you the first panel and doesn’t let go! The story is not hero vs villain but the hero’s and villains vs a deadly world ending disease. I say yes and they need to make it into a DCU animated movie or DCU app animated mini series exploring this story!

Don’t forget about Suicide Squad. I only read the first two issues, but Tom Taylor can clearly work his magic on the squad.

I am personally tired with how many DC series have been dragging out stories, but something like this could go on and on and I’ll be happy.

Here’s a little more information I found about Dead Planet: 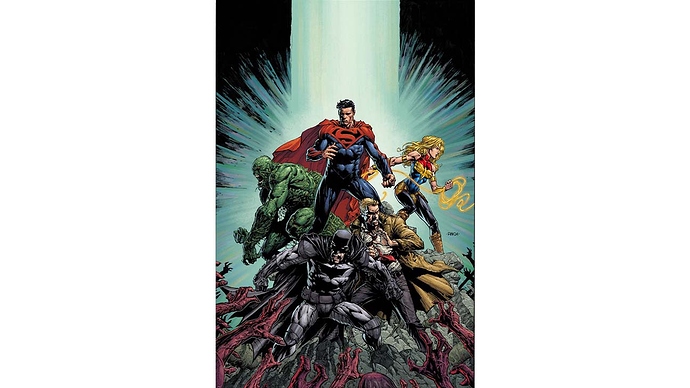 The sequel to the hit 'DCeased' miniseries reunites the original creative team and debuts in June.

Looks like it’s gonna be set five years in the future, and… well, you guys can read it yourselves

I loved the journey of the first 6 issue series, but personally wasn’t crazy about the end (It was good, but I just didn’t love it)… I am glad it wasn’t the end. The story continues. I am excited.

Still have to read 1 but good to know they’re continuing.

Definitely worth a read. Even the tie-in issue “A good day too die” was great, and it focused on some characters who don’t usually get the spotlight these days, which was great to see.