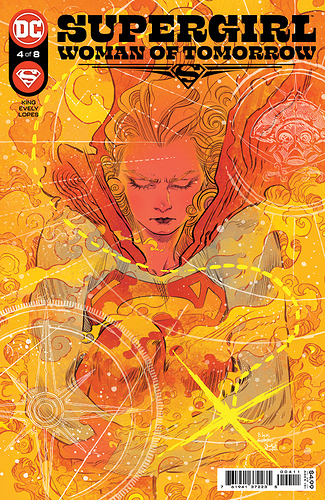 Supergirl: Woman of Tomorrow has arrived in comic book shops this week, as Tom King, Bilquis Evely, and Mat Lopez’s new DC Comics miniseries takes the character in an all-new, different direction. The gorgeous debut issue features Supergirl celebrating her 21st birthday on a distant planet and ultimately being drawn into a conflict, where she encounters a brave young woman named Ruthye, who needs help in getting revenge for the bastard who killed her father.

We spoke to writer Tom King about tackling a Supergirl miniseries, what it was working alongside such talented creators in Evely and Lopez, and what he hopes readers get from the new tale.

To read the full interview with Tom King and learn more about the new miniseries, head on over to Screenrant!

Are you excited for Supergirl: Woman of Tomorrow? Let us know in the comments!

I absolutely love the art. It’s among the best I’ve ever seen.

But not even the art can save this.

It hurts… I’m a Supergirl lifer. But unless editorial goes I do. And editorial won’t go. So I do.

Tom King’s fans can keep Supergirl’s books alive from now on and watch her drinking and puking and bleeding.

The first issue was interesting.

I’m down for anything Tom King so I’ll stick for all 8 but it wasn’t quite as good as I’ve come to expect from him.

Can’t blame you there. I mostly couldn’t get through the issue because of too much exposition of characters I just didn’t care about, but Kara’s characterization didn’t help either. I’m all for giving her a bit more of an edge, especially since her anger is 1 of her most important and interesting qualities, imo, but this was just…too much

There is always True Grit to read or watch.

I put nearly anything with a Bilquis Evely cover on my physical copy pull list, but this combo has me down for the full run. Haven’t picked up yet this week, but am hella looking forward to diving in. The interview has me even more stoked. Hope it delivers.

It seems like all our stories are about her dad or her relationship to Superman. Instead, let’s see the purity of that character.

… your instinct as a writer is like, “Let’s bring in some part of the TV continuity,” and then you’ve got a 15th continuity in there. And then it starts to get more and more muddled. The idea was to try to get away from that muddle …

“How about Bilquis?” And I couldn’t respond fast enough. I was like, “Woah, did I just win the lottery?”

She created a whole world in this issue, and I think my instructions were, “It’s like Conan.”

Can’t wait to see this!

It’s nice to be back in continuity.

Hallelujah, brother. I love isolated stories, but it sometimes feels like a cheat to take shared universe characters and isolate them. It’s a whole different challenge to fit the story you want to tell in to the shared universe where the character will “return to the shelf” for others.

Okay, I’m glad he mentioned True Grit as an inspiration because I thought I was going nuts, it felt SO obvious. I’m glad that while King has put Kara in the Rooster Cogburn role, she still feels uniquely like her own self.

It’s definitely an interesting start, with some GORGEOUS visuals. I’m definitely going to keep going with this one.

Also, if Krypto dies, we riot.

I loved the first issue. I really enjoyed the prose styled narration, and the dialogue was truly solid imo.

Also a big fan of the artwork and the style. I know it isn’t for everyone, but I enjoyed it just as I enjoyed TRUE GRIT and anything else that influenced it.

This is an 8 issue series king may be removed from supergirl in eight months; however, I would give it at least one more issue before dropping it, Yes in her first appearance, Supergirl is drinking, but she also just turned 21. Yes, she is puking, but that’s because she just turned 21 and flew to the nearest planet with a red sun to celebrate turning 21; she is puking because, again, she just turned 21 and drank too much. She is bleeding because she is on a planet with a red sun and got shot with 3 arrows. If this were Superman, he would not be crying on the ground like a three-year-old with a scraped knee.

Did I mention supergirl just turned 21 and is of legal drinking age in the United States? This story is not supergirl going back to the early 2000’s version of supergirl, this is a young woman who went to a bar for the first time and got drunk.

I have seen western and Conan, the barbarian mentioned; however, westerns and Conan are at the end of the day tales about tough men. This is not that. This is Supergirl as Xena Warrior Princess or Valeria for the final original Conan story Red Nails or Taarna from the first heavy metal movie crossed with a female John Wick. Superman takes one of those arrows. He is down and crying in pain. Supergirl takes three, keeps on walking, taking out the wannabe Conan. She had already taken out once drunk as a girl who just turned 21 and got tanked for the first time and without her powers. Which she was. I am likely overemphasizing that she just turned 21, but well, she just turned 21.

Well, I love the fact that the wannabe Conan barbarian’s sword looks like it has actually been used in combat in the close-ups of it. Instead of being a museum-quality piece that would be seen in movies or anime. I like that supergirl took this guy out with three arrows in her.

Also, the new girl Ruthye Marye Knoll is tougher than the Girl from Tru Grit, and she is younger than her (in the original film) and still goes off on her own to try to get vengeance for her father’s wrongful slaying. When supergirl goes down, Ruthey still tries to avenge her father. She is one of the toughest little girls in pop culture. She is a boss in the making.of a book I am looking forward to issue 2.

Well said. I enjoyed the first one, loved the western/TRUE GRIT inspiration, and I love the style of the writing. Feels very period-appropriate.

Might not be for everyone. That seems to be a common caveat for Tom King works. But it worked for me and I’m excited for #2!

True Batman vol 3 # 50 comes to mind. but then again his run on batman vol 3 was epic, and he established Catwoman has always know who Batman is in number 50.

I’m sorry Tom King and I are miles apart here. There is no common ground.

I read Supergirl because it used to be a wholesome book.

This is why I read it (She takes the time to help and give compassion) :

This is Tom King: 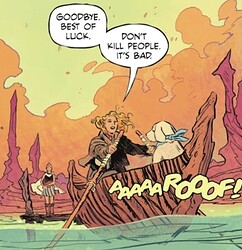 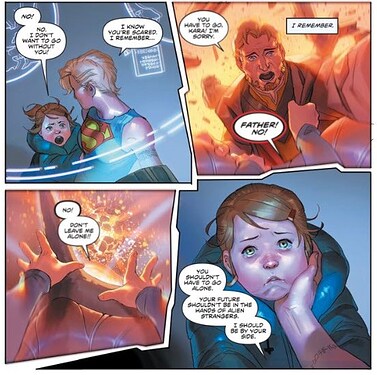 This is Tom King: 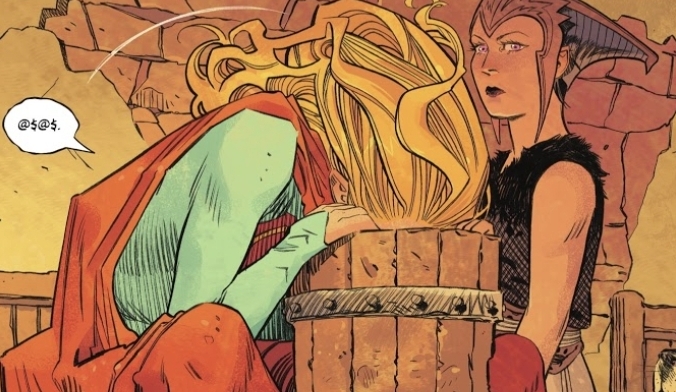 He is a bull in a China shop breaking stuff, going uhuh swords are cool, drinking is COOL… Cursing is so aWeSOme. Me make good PTSD interpretation.

There is no chance people would be this lenient on him if he wrote Superman drinking, fighting, barfing and cursing. No one would be here saying: “It’s OK because he is of a legal drinking age in the US”. This only happens because people too many people who bought this comic like Tom King more than they care about the character.

To use Tom Kings vocabulary:

There is no way he would write Superman like this. He respects Superman.

I’m not saying Tom King necessarily is a bad writer. He is just the wrong writer.

I’m sure he can write a perfectly good Batman, but please take his cynicism back to Gotham where it belongs.

Ah, have you perchance read any of the new earth 2000’s supergirl (Kara Zor-el)? she was not wholesome. She was a party girl who did a lot more then drink and swear., and this supergirl was out drinking on her 21st birthday, drank too much, and got a bad hangover. I am saying wait and see how she acts in book 2 before condemning this version of her as this issue was more to introduce Ruthye.
PS: if this was a superman book i would not have even picked it up.

There is no chance people would be this lenient on him if he wrote Superman drinking, fighting, barfing and cursing.

By chance have you read Superman: American Alien? 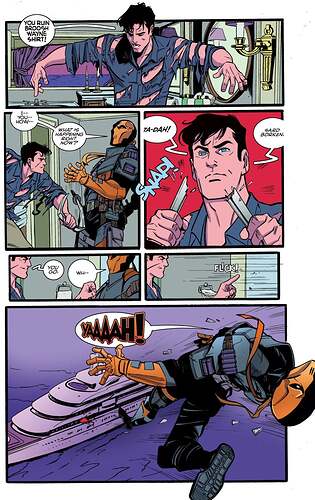 And in a similar circumstance of being young and feeling themselves out, yeah, I’d be pretty lenient on Superman doing that too.

But then I personally think both fans and some creators take Superman way, way, WAY more preciously than they should, to the point where you literally can’t do anything other than making him completely perfect with no flaws or foils at all.

2000s Supergirl was rescued by Gates and Igle.

It started out pretty bad with the mini skirt and being Darkseids concubine. That shouldn’t really be the bar for King or anyone.

Digging deeply through Supergirl’s history I can probably one or two worse moments. But that’s not what I want to read. I want to read stuff that competes with the best moments or at least the average ones.