Just when we thought that Tom King was doing his swan-song for Batman in the pages of his Batman/Catwoman maxi-series with Clay Mann (plus Liam Sharp), DC announces a new mini-series starting in March written by King with art by David Marquez called Batman: Killing Time.

Here’s the solicit via CBR:

The fact that this is a mini-series involving a young Batman dealing with Catwoman, The Penguin and The Riddler starting in March just screams “MOVIE SYNERGY” to me – I mean, it even has a variant cover featuring the movie for Zod’s sake – but you know, with a creative team like that? I’m in.

What’s also funny is that because of the delays, starting in March we’ll be getting TWO Batman series written by Tom King coming out each month – probably. 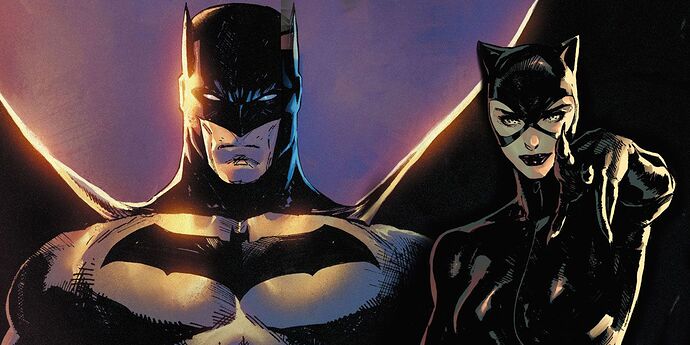 EXCLUSIVE: It's Batman VERSUS Catwoman (and Riddler and Penguin) in Tom...

Personally, I’m on board with this regardless of the obvious corporate attempt at brand synergy. The art is top-notch, and it’ll be fun to see how King takes Batman in a different direction. I think we can all agree that one of the defining traits of King’s run on Batman was the relationship with Catwoman, so getting a six-issue mini that’s so far removed from that will be interesting.

I will admit though that seeing Catwoman, Riddler, and Penguin team up makes me miss Joker. If it weren’t for the fact that we’re currently living in a world saturated with Joker stories, we might’ve been able to see United Underworld back together again 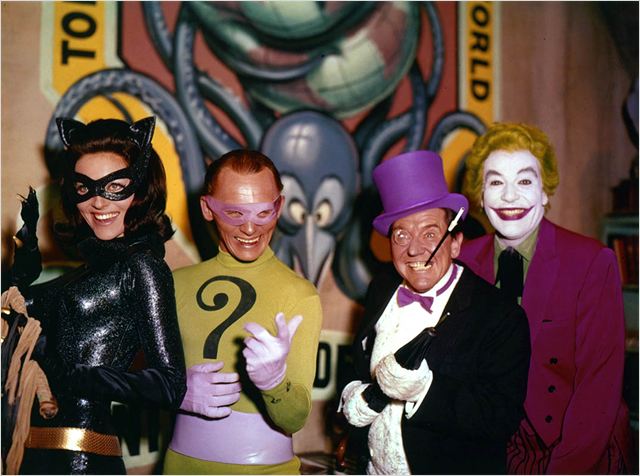 If it weren’t for the fact that we’re currently living in a world saturated with Joker stories, we might’ve been able to see United Underworld back together again

From the rumors I’ve been seeing, we may end up seeing that in March either way…

Now that I think about it, I wonder if James Tynion was invoking that during his first arc on Batman. 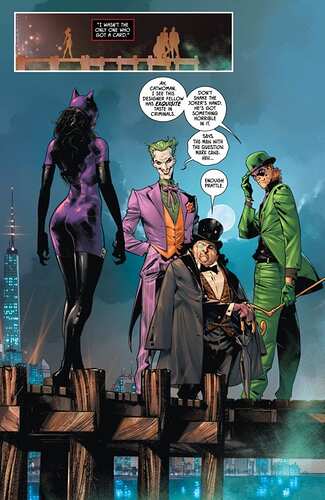 I like Tom King, and I enjoyed his run on Batman. Also really liked his take on Superman and his current Supergirl series. Batman/Catwoman though has been a miss for me. I stopped my Comixology subscription after the last issue, because for the life of me I have no clue what the heck is going on… been a very confusing read. Sharp’s superb, yet abstract art style in recent issues didn’t help matters much. I may go back to it when it’s all done to see if it’s better read all together. All this to say, I’m not sure how excited I am about this recent announcement. Will probably wait & see how it’s received before I add it to the list. David Marquez on art may change my mind though; love his work

I wonder if James Tynion was invoking that during his first arc on Batman.

I am enjoying Bat/Cat a lot, but I’m not sure about this, given my intense dislike of Strange Adventures, Rorschach, and Supergirl. I really should check out Human Target, though.

Hmm, this looks like it may take place before Batman/Catwoman. wonder how it’s going to go. as it will be fun to see Batman and Catwoman match wits for possibly the first time

So it should be interesting. I hope it finally has how Bruce Wayne first meets Selina Kyle as we never see their meet-cute. We see how Batman first meets Catwoman but not how Bruce and Selina meet or meet again as adults…Wait…this is being released in March!!!

Batman first meets Catwoman as The cat inBatman issue 1 cover date of March of 1940 and in Batman: Year One on March 11th. So this should be a very interesting mini series.

I am glad DC is stepping away from the goggle suit for Catwoman and going with a propper cowl again. The goggles suit is Iconic and I like the function of the goggles and that the suit gives her more protection, however…I have hate the cowl/cap she wears. It relies on the goggles to protect her identity making it easy to get her id. Say what you want about The Batman (2004-2008) cartoon but at least she could pull up her goggles without showing her entire face.(the exception being the Last episode she is in.)

It’s a “Year Two” story according to King, so it might happen during the first timeline of Bat/Cat, but definitely before the other two.

I personally like the goggle suit because Darwyn Cooke is a genius. I hate the armpit suit way, way more.

that would make it around the time of the war of jokes and riddles. It’s really only the cowl I hate about the design…however I am not sure if it passes the ‘Bale test’.

Between Nightwing, Batgirls and now Batman (#118 was pretty schway) for The Abyss arc, along with potentially 'Tec for Shadows of the Bat, I’ve got my fill of Bat-books for the time being.

However, be they direct or indirect, I do like movie-inspired tie-ins (which is what this obviously is) so depending on what I think of The Batman (and it looks like a second-rate retread of Batman Begins right now, but I’m still hoping it will be good), I might read this as it comes to DCUI.

so depending on what I think of The Batman (and it looks like a second-rate retread of Batman Begins right now, but I’m still hoping it will be good)

I have to say… I share some of your ambivalence, especially after reading an interview with Matt Reeves where he describes how “terrifying” this take on Batman is. That’s not the first thing that comes to mind when thinking about the character, but whatevs… still gonna watch it!

I hope it finally has how Bruce Wayne first meets Selina Kyle as we never see their meet-cute. We see how Batman first meets Catwoman but not how Bruce and Selina meet or meet again as adults

Yeah, can’t say that I’m with you on this. King’s already spent so much time writing about Bat/Cat, I would hope that he doesn’t spend time in this series delving into that relationship from yet another angle. I would go so far as to prefer if this run had zero Bat/Cat in it than the alternative of seeing that same old “Romeo and Juliet” trope where Bruce and Selina meet without knowing who the other truly is.

I really do not view these two as DC’s Romeo and Juliet…really they have become their own trope by now…plus Juliet was not a Badgirl. =)

I get what you’re saying (well as much as I can as I am a diehard BatCat shipper) however…Let’s face it when the bat shows up to foil her crime the cat is always going to flirt with him.

however Selina has also always known who batman is as of Batman vol 3 issue 50. Given how the issue ends I think a lot of fans missed this so it would be Selina knowing but Bruce not…or knowing as soon as he sees Selina’s lovely eyes.

You’re taking my analogy too literally. Batman and Catwoman are the Romeo and Juliet of DC in that they are starcrossed lovers. Practically speaking, it doesn’t make sense for them to be together, but they try to make it work anyway. Editorial shenanigans aside, this is why Bruce and Selina don’t get married at the end of King’s run on Batman. Any reasonable person would agree that a superhero should not be dating a criminal, and yet the strong connection between Batman and Catwoman make them the exception to the rule.

So getting back to this new series, I’d appreciate if Bat/Cat takes a backseat for once and King gives us more of a standard, good vs evil showdown. He’s advertising it as such, and seeing that Batman/Catwoman isn’t even over yet, it’s a little early for him to be reinventing the wheel. I had just as much of a problem when Joker War came out at the same time as Three Jokers, but at least those stories were written by two different guys!

Any reasonable person would agree that a superhero should not be dating a criminal, and yet the strong connection between Batman and Catwoman make them the exception to the rule.

actually, it depends a bit on your view of how batman thinks of himself. My view of Batman’s view of himself: he considerers himself a criminal. he never calls himself a hero outside the silver age. Also, Catwoman is a (mostly) reformed criminal. gold age Catwoman turns herself in(and marries batman), silver age Catwoman turns from her life of crime, modern age Catwoman does too…however she does still steal here and there. Her reformation is one of the things that give batman the hope he needs to not kill. plus he did make it really hard to break them up.

he considerers himself a criminal. he never calls himself a hero outside the silver age

That could very well be, but it’s irrelevant to the discussion. We, meaning the readers, see him as the hero. At the very least, Batman is fighting crime, and that fulfills the archetype of a hero. On the other hand, Catwoman generally fulfills the archetype of the villain, in that she commits crimes for personal gain. Now that has changed plenty of times over the years, but in King’s depiction of Catwoman, it’s pretty clear that she’s more of a thief than she is a heroine. Not to say that she doesn’t help Batman out and do good deeds throughout the run, but she crosses plenty of lines that Batman wouldn’t (which happens to be one of the big focal points of Batman/Catwoman).

Catwoman generally fulfills the archetype of the villain, in that she commits crimes for personal gain

The one line he won’t cross is killing…Catwoman does not do that until bruce is himself dead. plus she actually donates at least half her prophets to charity. plus I view batman Catwoman as something akin to Akira Kurosawa’s psychological thriller Rashomon.

In the past flashback, she is starting down the path to redemption, in the middle, she has almost gotten there, in the end, she got it and may have thrown it away.

PS: the meet-cute I picture happening in the last pages of the last issue.

Three villains, one Dark Knight, and a deadly heist gone wrong. Catwoman, the Riddler, and the Penguin join forces to pull off the greatest robbery in the history of Gotham City. And their prize? A mysterious and priceless artifact in the secret...

Issue one comes out Tuesday. (I hate the cover) however, makes you wonder just what the prize is…I am thinking it’s his mother’s pearl.

Martha’s pearls are priceless for Bruce, but I wouldn’t call them mysterious or an artifact. Plus, King’s previous works established that her pearls are locked up at Wayne Manor and Catwoman stole them at a later date.

wait…Honestly, let’s face it there are few things Bruce would consider his most prized possession. Bruce’s most prized possessions that I can think of for this time are his Fathers stethoscope and his Mother’s pearls, perhaps a Zorro action figure or Perhaps an arrowhead =).
Then again that could be a red herring as the thing about bruce is what he truly would consider his most prized possession would be something that is only extremely valuable to him…then again well she is not some artifact or thing it could be Selina he has to save before the clock strikes Killing Time…that would actually make a lot more sense to me.