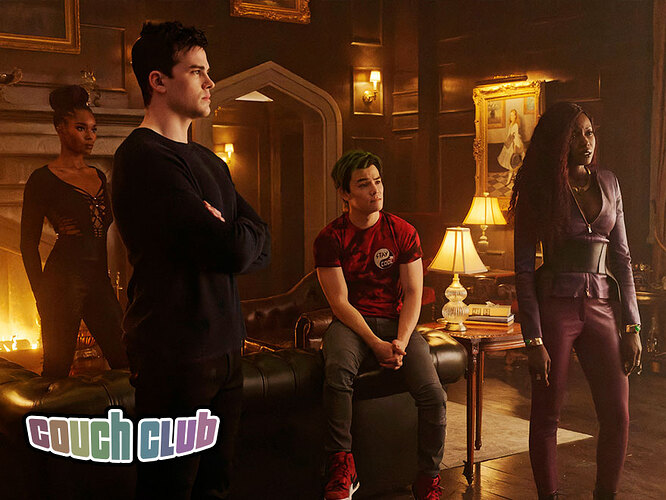 SPOILER ALERT: This post contains spoilers from the third season of Titans .

When you’re a superhero, death is not something you’re unfamiliar with. It might be part of your origin story, you might face it every day while fighting your villains, or your teammates and friends might meet their end while you’re all just doing your jobs. It’s obviously not a very pleasant aspect of the role—and likely not one human resource recruiters would put as a selling point in the job description—but it’s one that affects them all, in some form, at some point in time.

For the members of the Titans, death has come in many forms. And there are four deaths that have specifically shaped the Titans into the team they are today. (Today being the latter half of Titans’ third season.)

The first death broke them. Or, at least, broke a version of the Titans that wasn’t meant to last. I’m talking of course about the first incarnation of the group, made up of Robin (Dick Grayson), Wonder Girl (Donna Troy), Aqualad (Garth), Hawk (Hank Hall) and Dove (Dawn Granger). When Deathstroke killed Garth, no one on the team could agree on what to do next. Garth’s death, while noble—he saved Donna from taking the bullet that killed him—fractured a team that had previously seemed so solid, but perhaps was shakier than anyone knew. The team went their separate ways and some of them even swore off superhero-ing for the foreseeable future. (Some might argue that certain folks’ jobs as police officers were sort of superhero-adjacent, however.) But even though Garth’s death led to a long break for the team, and some not-entirely-productive vengeance attempts, it led to an ultimately stronger version of the Titans.

To read on about the deaths that shaped the Titans, head on over to DC Comics!

Have you been keeping up with the Titans? Let us know in the comments!

To be honest, I find this show nearly unwatchable. And I’ve really tried to give it a chance.