Time-Travel Tips from The Flash's Armageddon 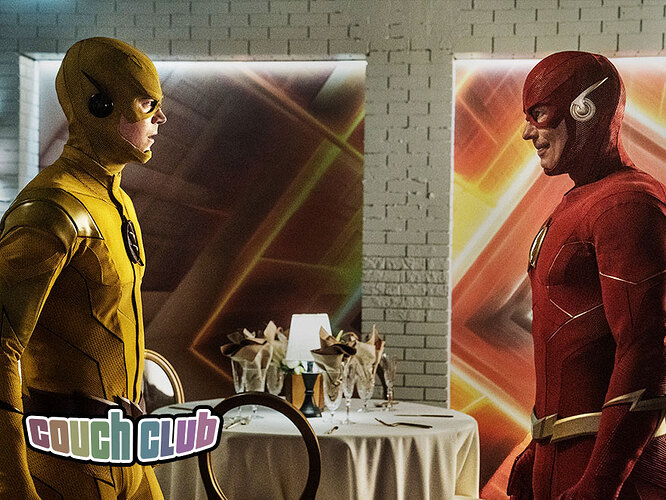 Armageddon is upon us, and I’m here to say, “Bring it on!” The five-part Flash television event, which wraps up tonight with its climactic chapter, has been a breath of fresh air. Due to the pandemic, we haven’t been able to see our favorite Arrowverse heroes together in a long time and I’ve missed it. In some ways, that delay might have even been a good thing because it allowed us to have some breathing room after the epic “Crisis on Infinite Earths” crossover. Let’s face it—how do you follow that? Still, breathers aside, seeing my favorite DCTV characters in one place was a reunion I desperately needed.

Of course, nothing about this reunion was traditional, and not just because Frost and Chillblaine have poor bathroom etiquette. This superhero get-together took place in 2031, where Iris and Thawne are a couple and Barry is public enemy number one. I suppose that’s a future that should make me upset, but I was excited to see Ryan Choi back and apparently operating as the Atom. Plus, we got to see our new Batwoman interacting with the other heroes of the Arrowverse for the first time. And what’s this about her and Sophie being married? I know this is an alternate future, but could all these status quo changes be a hint at things to come?

To read more about the upcoming end to Armageddon, head over to DC Comics!

Have you been keeping up with The Flash? Let us know in the comments below!

It, Was Nice Too See the New Batwoman Interact with the Rest of This D.C. Universe or What’s Left of the Arrow Verse!